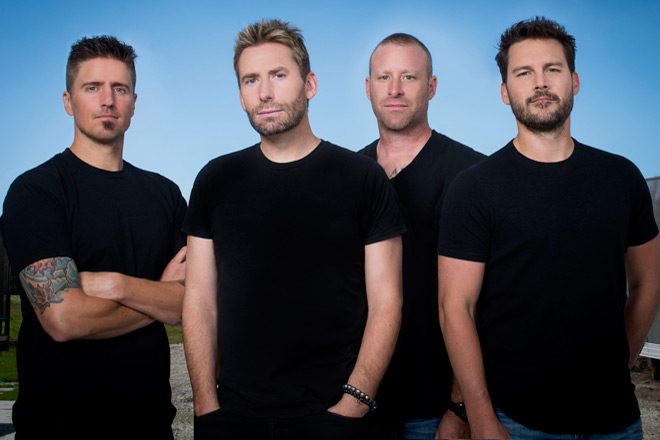 The Canadian phenomenon Nickelback are set to serve up a sumptuous entrée of soundtracks on their latest album Feed The Machine, slated for release on June 16th via BMG. One of modern Rock’s most successful bands, Nickelback has sold more than 50 million units worldwide and show no signs of slowing down. Known to be a powerful live band, touring for their 2014 album No Fixed Address was unfortunately cut short due to the untimely vocal chord surgery performed on Lead Vocalist/Guitarist Chad Kroeger. Bouncing back, since then, Nickelback has been going strong, creating the lyrical jewels that adorn their ninth overall album, Feed The Machine.

More than just a radio friendly Rock band, the life force that fuels the heart of Nickelback is the perfect alignment of four energetic celestial bodies, aforementioned leader Chad Kroeger, along with Ryan Peake (guitars/backing vocals), Mike Kroeger (bass), and Daniel Adair (drums). Together, these four musicians melded in 1995 as Nickelback, leaped onstage, and began to rock the world with its adrenaline pumping brand of music! The eye-catching, dynamic onstage performances caught the attention and captivated the hearts of rockers everywhere, and their fan base continues to grow by leaps and bounds! As a result, the band has been showered with numerous awards of distinction, most notably of the Billboard and American Music variety. Although, all these years later, these musical mavericks continue to up the ante take by crafting these supercharged songs and taking the world by storm on a musical carpet ride.

Gearing up for the release of Feed The Machine, back in February, the title track was proffered as a music video hors d’oeuvre to the public. It was a raving success with fans taking shark bites and wanting more. A music video eerily reminiscent of 1999’s The Matrix, it is chock full of scenes that depict how the whole of humanity is continually deceived by the lies of their leader and are consequently exploited by those who serve the leader-political machine. There are several poignant scenes of people hunted down and pulled away from their loved ones so that they can, in turn, serve as biological batteries used to keep the machine operational. Later, in the video, the suppressed populace shows their unvanquished spirit and fight back aggressively to save their lives and the tables eventually turn to their favor. United, they shut down the machine once and for all. This is certainly a potent message to digest in these uncertain and turbulent times.

A hell of a way to set the table for the album, Feed The Machine, produced by the band themselves and Chris Baseford, is like peering into a kaleidoscope with each track a twist of the wrist to unveil another unexpected, eye-catching, random geometrical pattern. The lyrics themselves accentuate the aggressive beat and high voltage sound of the instrumentals. That said, the beauty of Nickelback is their accessibility of the music to the public. Having this to their advantage, they do not abuse the platform, but make the most of it.

Does the rest of the album live up to the debut single though? Well, the answer is yes because each track is fast and aggressive while others are spiced with Heavy Metal – examples, “Coin For The Ferryman,” “For The River,” as well as “The Betrayal (Act III).” All of them are infused with emotion while listeners feel a euphoria experienced after an invigorating roller coaster ride. Laughing in the face of critics, avid fans would unanimously agree that listening to Nickelback is the perfect way to jump start neurons and get the blood flowing at the start of the day as it engages the senses with a total sonic experience. At other times, the music serves as a soothing balm for those enduring those pesky rough patches in life as heard on songs including “Song On Fire,” “After The Rain,” and “Home.” No matter what, they make you feel good inside as if they were your favorite pair of jeans. So, kick off your sandals, dig your feet into the sand, get your shades on, put on your earbuds and enjoy your Nickelback adventure!

The clock is ticking and fans are in for a feeding frenzy to finally dig into Feed The Machine and will be deep in the throes of a Nickelback food coma soon thereafter. As for dessert, nothing beats a Nickelback concert! Be sure to check through the tour dates and get tickets to see the concert of a lifetime – a thrill not to be missed as they hit the road with Daughtry, Shaman’s Harvest, and Cheap Trick. Fully rejuvenated, Nickelback is ready to take the plunge into the heady waters of stardom once again with Feed The Machine, arguably one of their best melodic, heavy musical efforts to date! A band that is on fire, CrypticRock gives Feed The Machine 5 out of 5 stars. 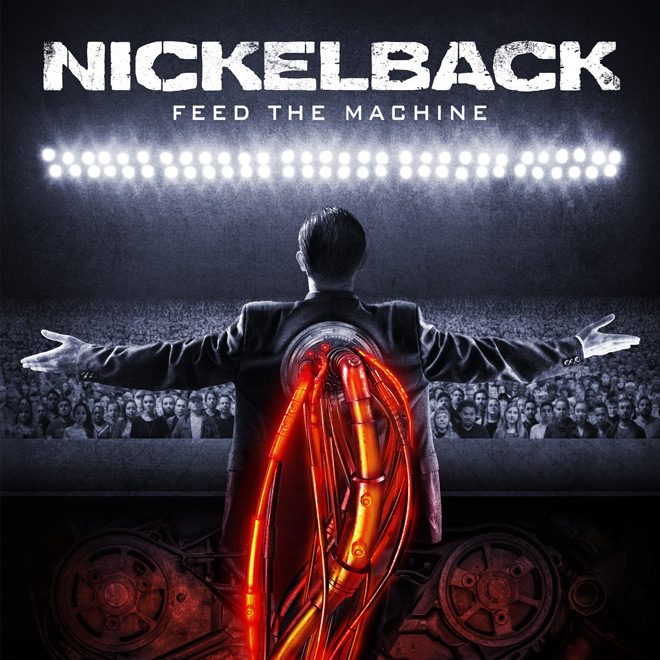