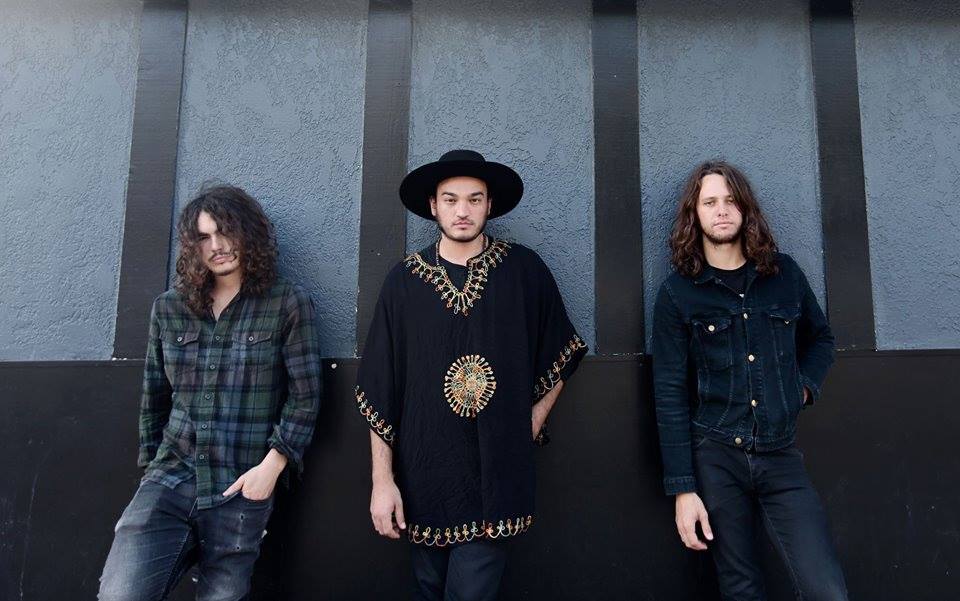 Originally coming from The Lone Star State of Texas, Guitarist/Vocalist Danny Lee Blackwell and Drummer James Traeger were always inspired by Classic Rock as well as Rhythm and Blues. So much so, they named their band, Night Beats, after Sam Cooke’s 1963 legendary album of the same title. Together since 2009, the two musicians set out to follow their dreams and stay true to what they love, creating a sound far different than what most are doing on the modern scene today. Currently based out of the musically rich city of Seattle, Washington, the band has released their first two records to a positive response with 2011’s Night Beats and 2013’s Sonic Bloom. Comprised as a three-piece, Blackwell, Traeger, and Bassist Jakob Bowden have toured extensively with the likes of  The Jesus and Mary Chain, The Strange Boys, as well as Black Lips, just to name a few, and now release their third album via Heavenly Records, entitled Who Sold My Generation. Out as of January 29th, the album was recorded on a vintage two-inch tape out in Echo Park, Los Angeles inside the home studio of Nic Jodoin and features co-production along with guest bass playing from Black Rebel Motorcycle Club’s Robert Levon Been.

Opening with “Celebration # 1,” there is a spoken announcement with a slightly sarcastic explanation of the usage of tape recorder. Then, moments later, the song unfolds with ’70s Psychedelic music in the vein of classic bands such as The Doors. Trippy, retro, and compelling, the instrumental opening sets up what the rest of Who Sold My Generation has in store. This stylistic approached continues on “Power Child,” a track that includes dreamy guitars, steady drum beat, and vocals by Blackwell that almost fade in with the background. There is a undeniable groove throughout the song and the recording equipment add to the rather cool atmosphere. With an electronic guitar playing, “Right Or Wrong” keeps the level of energy and motion steady. With more upfront vocals, the song’s upbeat approach is complemented by the melody that dances in the backdrop as the bassline will keep the listener’s head bopping.

Smooth and relaxing, Who Sold My Generation has a few songs that settle inside the listener’s mind and invites them to this calm world Night Beats effectively creates. This continues on the single “No Cops,” which is slightly faster in the rhythm. Very reminiscent in tempo to Paul Revere & the Raiders 1966 hit “Hungry,” Night Beats capture the essence of ’60s Rock in a magical way. Then, changing things up once more, “Porque Manana” goes back to the experimental part of the music with a scattered mix of riffs on guitar that seem to just somehow happen. The roomy sound adds to the textures and the diversity in Blackwell’s voice, making it a fun song to indulge in. Slightly more structured, “Sunday Mourning” is just as free flowing as the previous song, there is a fantastic guitar solo that will put the listener in a trance and make them forget this is 2016. Adding more Soul elements to the record, “Shangri La” has a more retro guitar work with repetitive lyrics that are almost hypnotizing.

Bringing on a real old school Rhythm and Blues sound, “Burn to Breath” is a storytelling cut that stands out vividly. Almost tragic, a shaky voiced Blackwell tells the tale accompanied by a steady beat and electronic guitar riffs that bare passion as well as real emotion. Thereafter, coming on as perhaps one of the coolest song on the album, “Bad Love” is filled with Soul and some Jazz elements that will get the listener to sway along. Not a track that should go unnoticed, it is one that could easily be seen topping charts in the ’60s with no problem and would have pioneers like Marvin Gaye smiling proudly; that will not go by unnoticed. Back to the roots, “Last Train to Jordan” calls everyone aboard as the Night Beats continue their journey through a long forgotten world of Rhythm and Blues Rock-n-Roll. The use of a flange effect on the guitar add to the vibe and assures not to let the listener go until the track’s final note.

Announcing the end is near, “Turn the Lights” pulls the listener once more onto the dance floor to jive away all the bad spirits from today’s highly stressful world. With a vocal approach many could imagine coming from The Doors’ Jim Morrison, there is some nice harmonics thrown in for a real Blues infliction not to be missed. Concluding the album is the theme piece “Egypt Berry” with a thriving melody that pulls the listener out of the world of thoughts, back into reality. With a heavy groove, haunting tone, and in-your-face vocals, it is a fitting way to end a tight album.

Smooth music with some relaxing lyrics is what Who Sold My Generation brings into the player. Night Beats created forty plus minutes of Psychedelic music paying homage to the late ’60s and ’70s. Revived with only a few modern accents here and there, the album is bound to hook listeners into the colorful world of experimental music, freeing the mind. CrypticRock gives Who Sold My Generation 3.5 out of 5 stars. 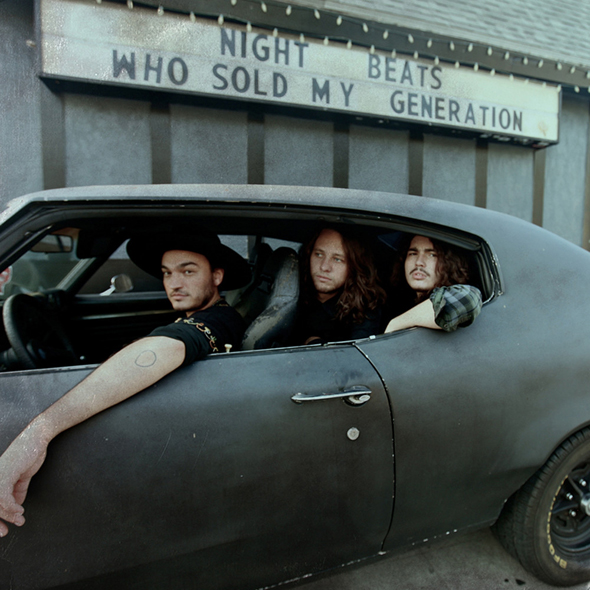