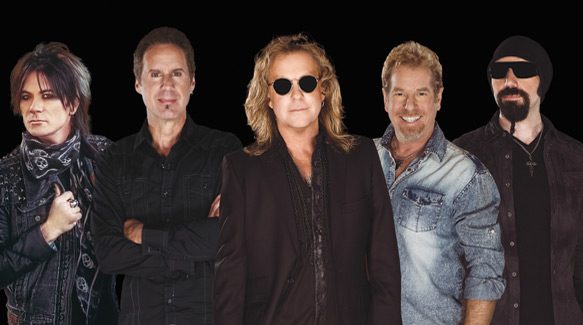 Attaining massive popularity during the Hair Metal movement of the 1980s, San Francisco’s Night Ranger stood out as something different. Begun with the speedy Hard Rock album Dawn Patrol in 1982, from there, Night Ranger dished out 1983’s Midnight Madness and 1985’s 7 Wishes platinum records, followed by 1987’s gold effort, Big Life. Sadly, as the Rock scenery changed around them, Night Ranger split up in 1989.

Thankfully, the band reformed later in the ’90s, and have not looked back since. Busy touring and putting out new music, Night Ranger recently hit their stride once again with their impeccable 2014 album, High Road, as the trend for nostalgia has brought new fans to old bands.

The inaugural track, “Somehow Someway,” is a classic ’80s sounding fare, power Rock with high-flying solos and crisp harmonies. Also possessing a feel-good vibe, it will take listeners back to their youth and its wild screams of leather, denim, as well as positivity. “Running Out of Time” continues in this vein, but with slightly more pessimism as Blades and Kelly demonstrate their twin vocal range expertly, while the guitars provide fascinating layers of melody to draw listeners in.

Moving onwards, “Truth” is edged in sadness, but battling to lift its spirits with a dream of better things to come, a sweet track with heartfelt stories of real life. Then, “Day and Night” begins mysteriously before beating the listener into submission with driving drums and captivating rhythms. While elements of innuendo are subtly done to prevent cheesiness, it remains on the right side of trashy and skips delightfully into a song of hope and aspiration.

Later on, title-track “Don’t Let Up” offers an anthem for believing in one’s dreams and never giving up. From the highs of one track to the lows of the next, Don’t Let Up is a roller coaster ride of an album. This is never more evident than with “(Won’t Be Your) Fool Again” with its bitter, vitriolic, and fired up tone. It is the opposite end of the emotional spectrum, and is unapologetic about it. Thereafter, “Say What You Want” is a Rock-n-Roll in-your-face boogie with heavy riffs and attitude, which is fast, frantic, and high octane from start to finish.

Back to optimism and hopefulness sensations heard earlier on, “We Can Work It Out” has a delicious acoustic classical guitar breakdown alongside sumptuous harmonies. Next up, “Comfort Me” is a bright and cheery Progressive Rock styled number laced with synths as well as strange sounds which punctuate the melodies and huge choruses. This is before the mixed up “Jamie,” which goes from pure ’80s gleam to grittier ’90s feel  within the chorus. Saving the best to last, “Nothing Left Of Yesterday” is without a doubt the highlight amidst it all. Sounding vastly different from the rest of the album, it has an Englishness about it and a poignancy that endears it to the listener.

Night Ranger know what they do well and they deliver it time after time. That said, they do not apologize for being somewhat retro, nor should they have to. Yet, through it all, they manage to escape sounding cliched. The songs offered on Don’t Let Up will grab listener’s ears and lead them down a reminiscent path about summer days were the sun always shined and skies were blue. A great followup to High Road, CrypticRock gives Don’t Let Up 4.5 out of 5 stars. 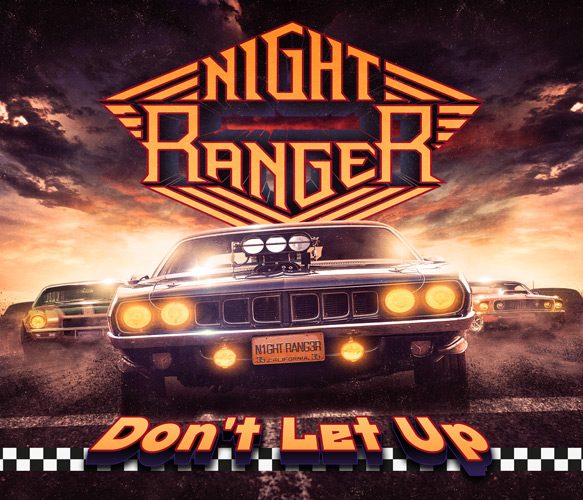