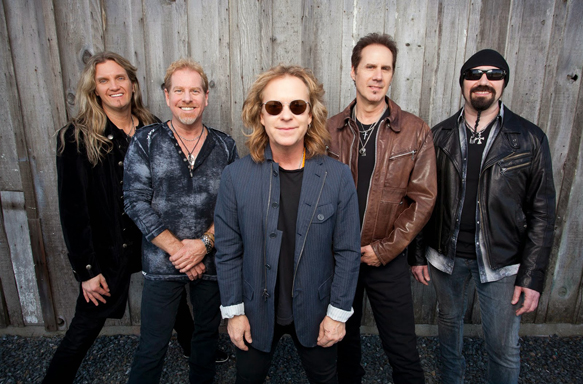 In 1982 Ranger, changed their name to Night Ranger due to a country band owning the trademark.  By this time already having appeared on tours with the likes of Ozzy Osborne, the early ’80s were perfect for their brand of sexual innuendo pop rock. As they fell from favor in 1989, the band split, but by 1991 lead guitarist Brad Gillis and vocalist/drummer Kelly Keagy had already brought Night Ranger back as a trio with bassist Jeff Watson.  Original bassist Jack Blades re-joined the fold in 1996 and the core three has been sustained ever since with some interchanging members around them. The most recent change was guitarist Joel Hoekstra departing to join Whitesnake in August, with accomplished guitarist Keri Kelli stepping in full-time.  Now Night Ranger bring fans their eleventh studio album titled High Road.  Marking their first new studio since 2011’s Somewhere in California, they bring back familiar face Will Evankovich along with the highly accomplished Toby Wright to engineer High Road.

The title track is infectious and starts the party off right.  It is a good-time anthem, with big choruses and bigger guitar solos, which celebrates never growing old. “Knock Knock Never Stop” is pure KISS, teenage level double entendre with everything louder than everything else, for a band that were known for better clean living than most ’80s bands, this is what might have been. “Rollin’ On” is more Aerosmith in style, magnificent in its over-the-top exaggerated chanted chorus, and booming bass lines. A brief respite, as “Don’t Live Here Anymore” is more mature and bluesy with soulful vocals and a hint of regret.  The high energy and celebrations return with “I’m Coming Home,” this time with a slight country twang which shows Night Ranger’s contagious joy of life is overwhelming. “X Generation” is just as fast paced and energetic, exhibiting a carnival of exuberance and revelry. The piano led power ballad, “Only for You Only,” is dripping in sweetness and “Hang On” is eternally optimistic and gleeful.  Showing more diversity in sound, “St Bartholomew’s” brings the listener splashes of Guns N’ Roses, Aerosmith and Extreme that is a real cocktail of styles, and entertaining with it.  This leads into the song “Brothers” which is a sentimental Beatles-esque piece of lets love everybody, rock-n-roll, sing-along to end the party with.   The album concludes with “L.A. No Name,” reaching the climax, throwing the audience for a complete change of style with instrumental Jazz, Spanish guitar, intricate rhythms on acoustic guitar, while being almost flamenco at times, it is unexpected but delightful and exciting.

High Road is certainly an album which takes the listener on a musical journey, with many surprises along the way.  Overall, it is fun album; one which has many twists and turns along the way.  Being a joyous listen to the end, High Road certainly is refreshing, full of youthful spirit and pleasure, showing these class musicians still can make a great album.  CrypticRock give this album 5 out of 5 stars. 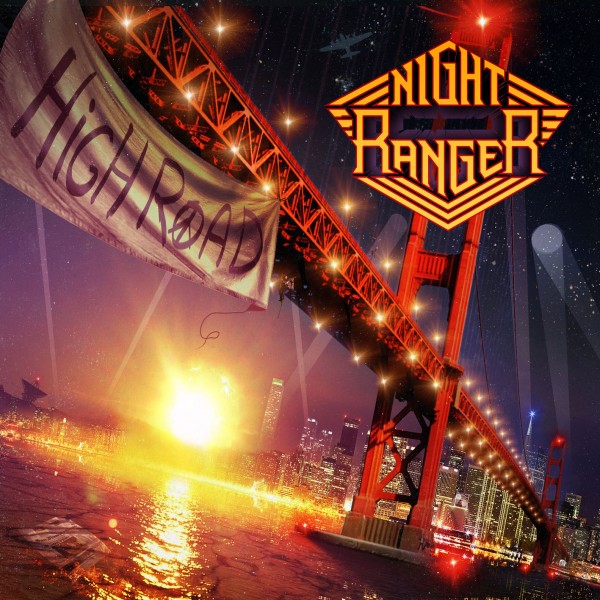