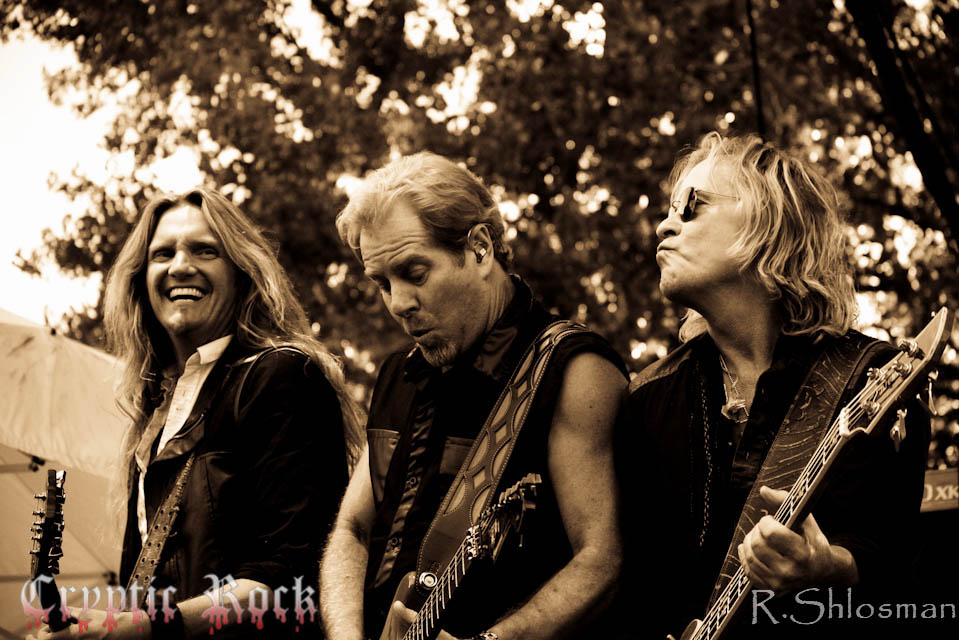 The Bay City area has been synonymous with being the birth place for influential bands since most can remember. From the likes of song writing gurus Journey, to heavy metal pioneers Metallica, someone might want to check the water for something causing the artistic flare. Night Ranger is a prime example. Having withstood the test of time appearing on numerous tours, soundtracks, video games, and yes, even Broadway musicals. Many would remember them by their timeless classic “Sister Christian”, however do not let the melodic soft rock staple make you think this band did not garner support in the heavier music scene, having toured with the metal gods Judas Priest and Ozzy Osbourne. If that is not enough, one could simply point out that the band carried musical heavyweights that, outside of even Night Ranger, went on to add their expertise to other influential acts. Jack Blades even formed the unforgettable band Damn Yankees with the Motor City Mad Man Ted Nugent and Tommy Shaw of Styx. Thirty plus years later with the release of their eleventh studio album, entitled High Road, the band is still kicking ass and taking names as they have hit the road to show all that age is not an excuse to slow down.

As the crowd filtered in to Littleton Colorado’s outdoor venue, Hudson Gardens, on Sunday August 24th one can easily hear fans reminiscing over memories of first timer stories in regards to Night Ranger. Everything from someone’s first drink, sexual encounter, to yes even the dance at their high school prom could be heard. Once the crowd settled in, the DJ gave a very well received warm up with AC/DC’s “You Shook Me All Night Long”, and that is exactly what Night Ranger did that night. Kicking off their set with one of the band’s greatest tracks, “Touch of Madness”, from the word “go” the band and audience were simply put in unison. The band’s charisma and overall energy were invigorating. Night Ranger’s demeanor was best on display with the trio of Brad Gillis, Jack Blades, and Joel Hoekstra who hammed it up for the crowd while coursing around the stage like freight trains gone wild. The pairing of Hoekstra and Gilliswas a thing to admire as they shredded while feeding off each other, seemingly not even breaking a sweat, getting the crowd going. The band jumped right into the track “Sing Me Away” with Kelly Keagy taking the helm on vocals. By this point the crowd was in full swing and singing every word.

Shortly after, the audience was in for a treat, as the band did a cover of the Damn Yankees track “Coming of Age”. This would not be the only time the band paid homage to Blades’ previous band as they cranked out the classic “High Enough”, much to the enthusiastic delight from the crowd. In fact one could make the argument that the only songs to set rabid audience off more were the staples “Don’t Tell Me You Love Me” and “Sister Christian”. As the crowd left the venue gasping, voices gone horse, and new memories made, the fans are assured that Night Ranger is one band who can still rock with the best of them and with a sound perfectly reflective of their old selves.