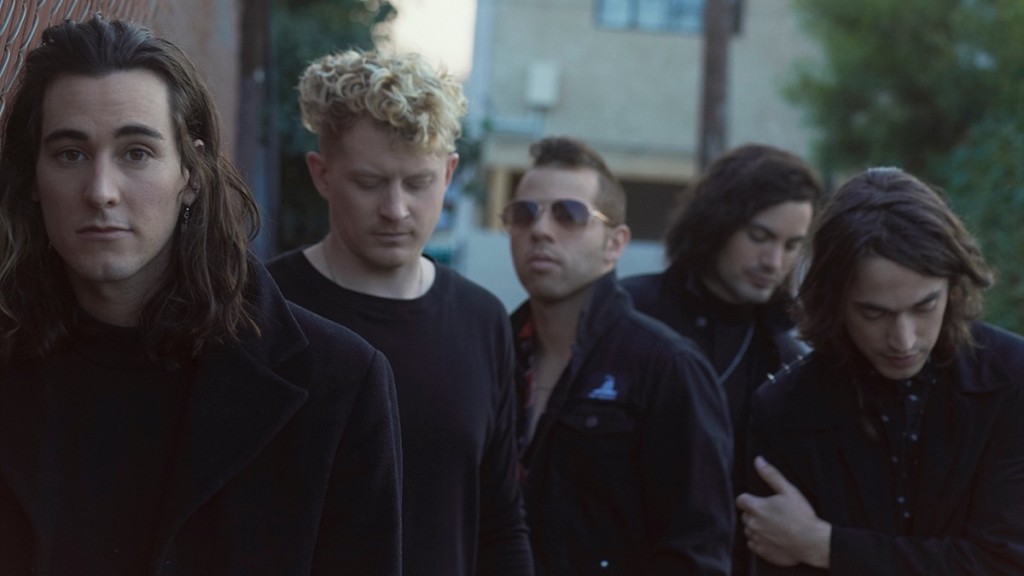 Coming together back in 2010, California based Night Riot has been working extremely hard to see their artistic vision become successful. Consisting of Travis Hawley (vocals), Mikel van Kranenburg (bass guitar), Nick Fotinakes (guitar), Matt DePauw (guitar), and Rico Rodriguez (drums), two years after they formed, MTV showcased the band under their previous name, PK, as part of their list of “The Most Criminally Overlooked Artists of 2012.” Soon after, changing their name to Night Riots to suit their style better, they have since toured all over the US and Canada, including a spot supporting The Mowgli’s, and most notably, a slot on 2015’s Vans Warped Tour.

Working independently in their formidable years, Night Riot pumped out the full-length album Into The Roaring in 2010 followed by a slew of self-released EPs. This hard work proved not to be in vain as the band grabbed the attention of Sumerian Records, who signed on the band, resulting in their first release via a label, 2015’s Howl EP. Containing the hit single “Contagious,” Night Riots now set out to go for gold with their new full-length effort, Love Gloom. Scheduled for release on October 21, 2016, the album was produced by Joe Chiccarelli (Morrissey, Spoon, The Strokes) at Sunset Sound in Los Angeles. In awe of the ghosts that haunt the walls of the studio, Hawley says, “We recorded in the same room where Led Zeppelin recorded ‘Whole Lotta Love,’ it was pretty inspiring to come in each day, walk through a hall of gold records and see pictures of Jim Morrison sitting at the console where we mixed.” Bound to give any musician chills, the fifteen tracks that make up Love Gloom could be the Power Pop Alternative Rock band’s best work to date.

Starting the album off with lonely winds and futuristic like sounds, “Introduction – Ego Sum in Colubrum” is a one minute long prelude. Featuring a creepy beat that slowly builds up behind sound effects and wind, the ominous tone gives way to “Nothing Personal.” A track that takes on a storytelling vibe at first, it soon transcends into something more with the lyrics, “I am the truth, I am the way, nothing personal…” Complemented by electric guitars that shimmer off acoustic tones, it illustrate the difference between the speaker and audience for a compelling sound. Thereafter comes “Fangs” with a gentle guitar followed by an easy Reggae style beat. Layering on the sounds, the band manages to blend in some Folk influences matched by some dreamy Pop backing vocals and emotional lyrics similar to something Morrissey may write.

Moving right along, the aforementioned single, “Contagious,” pops up with its bouncy, catchy sound. A song many are familiar with now, having heard it on SiriusXM’s Alt Nation perhaps, Hawley’s deep voice, in between outbursts of passion, brings a darker side into the mix. It seems only fitting it would be followed by a track called “Work It,” which has a nightclub vibe about it. Smooth, inviting and danceable, imagine city lights reflecting off a taxi window while cruising through the city.

Breaking up the tracks, “Interlude I – Manus Loquimini Veritatem” comes on with dream-like sensation where quiet vocals and falling rain dance in the backdrop. An interesting interlude, “Don’t Kill The Messenger” pulls influence directly from Depeche Mode. Mixing heavy synth elements with an older Punk Rock sound, the track is very nostalgic and even possesses a feeling of Sting and The Police. Keeping with more distinct textures, “Breaking Free” begins with a 80s Rock feel that is mellow and relaxing. Once the beat picks up, the Pop sensibility is clear, but the darker elements do not fade.

Then there are songs like “All For You,” which possesses U2 style vocals and a lonely echoing guitar. Coming on full force, it remains mesmerizing with words that are warm, confessing love and devotion. Another mellow piece, “Tear Me Apart” jumps in with instrumentation and lyrics that illustrate a picture of desperately falling apart without knowing how to fix the situation. Emphasized by Hawley’s emotional delivery, one can feel the hurt penetrating through his voice. Then, marking another shift in the album, “Interlude II – Ego Flos Sum Luna” is warped, yet delicate before “Pull Me Down” rolls with a hopefully spirit. Uniting vocals, drums, and guitar, the sensation is anything is possible.

A more natural progression, acoustic guitars stand out on “Everything Will Be Alright” before electronics come in. A rather grim note, with heavy intonations and vocals in a slightly lower key, frustration permeates the track in a sophisticated way. Then, changing the feeling, “End Of The World” comes on as a more upbeat, definitive love song, wrought with warbling vocals and emotional instrumentals. Light and playful, this track is carefree musically, but strong lyrically. Ending the ride of Love Gloom, “As You Are” is a fragile piano piece where Hawley sings gently, as if he is directly speaking into the listener’s ear. Joined by a violin, the words of the track create a message of accepting somebody for who they are, imperfections and all.

Overall, Love Gloom is an album that explores the relationship between musical styles and blends them beautifully. Night Riots draws a mass of influence ranging from Electronic, Rock, Pop, and much more. Streaks of a dark side shoot through each track, while the instrumentals usually keep things light and balanced. A concept record of sorts, Hawley states, “Love gloom is within all of us. It’s a collision of emotions. It’s when you need love and can’t find it. It’s the sickness of wanting someone and not knowing if they feel the same way. It’s the tearing of a breakup and the coldness of a partner during a fight. We wanted to make an album that sounded like ecstasy and despair and make the listener feel like they’re climaxing and suffocating at the same time.” That said, Love Gloom is a wonderful listen that will be a hit with fans of bands like Muse, The Killers, The Bravery, Depeche Mode, and U2. CrypticRock give this album 4 out of 5 stars. 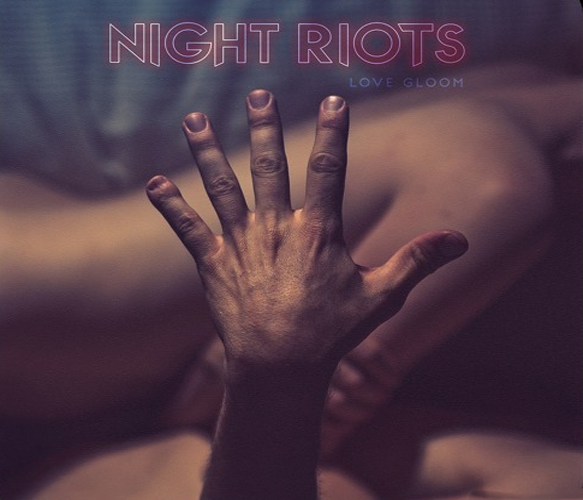