Night of Something Strange (Movie Review)

Winner of various film festival awards, Night of Something Strange was originally given a limited digital release back in November in 2016. Teaming up with Terror Films, the film rightfully saw a worldwide digital release on July 7, 2017 and is still creating a buzz. 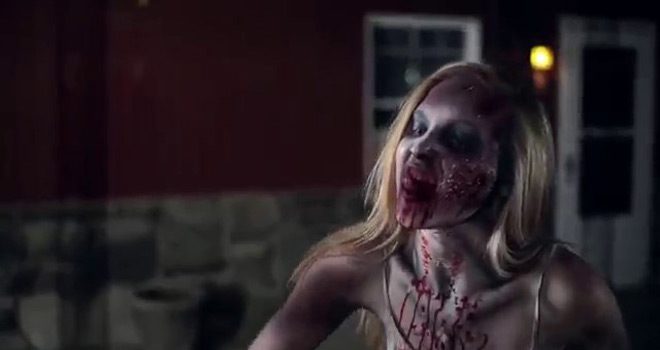 Written and directed by Jonathan Straiton (Big Fish in Middlesex 2006, The Two Plates 2010), Night of Something Strange tells the story of a necrophile morgue janitor who decides to take advantage of a dead woman’s body who was exposed to a rare strain of STD that turns anyone who contracts it into a zombie. Not knowing what he has contracted from this foolish decision, he suffers from groin pains then proceeds to turn into a zombie. He then attacks and rapes his partner and tears some of her insides out. She then turns into a zombie who proceeds to attack the mailman who also becomes a zombie. We start to see this disturbing chain of reactions of human to sexually-crazed zombie.

After these multitude of events occur, we find ourselves on another journey with seven teens on spring break. Having to stop at a gas station, they then stop at a motel where they are also attacked by these zombies with a taste for sex and human flesh. What will be the final outcome from all the madness? 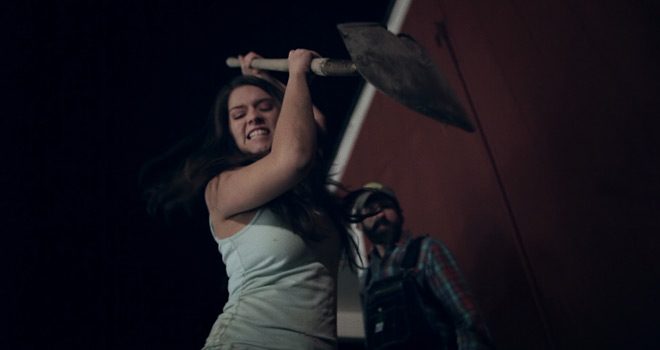 While producing a rather obscure prospect of zombies being sexually driven, Night of Something Strange aims for deliberate jabs of being vulgar, uncomfortable, and just downright gory, and in most regards succeeds in that aspect. While a lot of the gore is clearly over the top, perhaps a bit much at times, it needs to be applauded that the vulgarity and gore brings life into what would have otherwise been a dull film. That said, Straiton seemed to want a shot in the dark at the gory and ridiculous.

Depending on one’s sense of humour, to some, Night of Something Strange may not be particularly funny by any means. This in mind, it is the emphasis in which Straiton places on the ridiculously gory situations that make some appear to be funny, while others like the rape scenes just come off as being rather crude and in bad taste. Despite this, credit needs to be given where it is needed. The actors and actresses that took up this odd and risky project performed decently, surprisingly. One can also appreciate the nods that movie gives to Horror movies by giving some of the characters names of famous monsters such as Freddy (Michael Merchant: Amityville Death House 2015, She Kill 2016), Carrie (Toni Ann Gambale: The Lone Ranger 2016, Dirty Grandpa 2016), and Jason (John Walsh), among many other favorites. 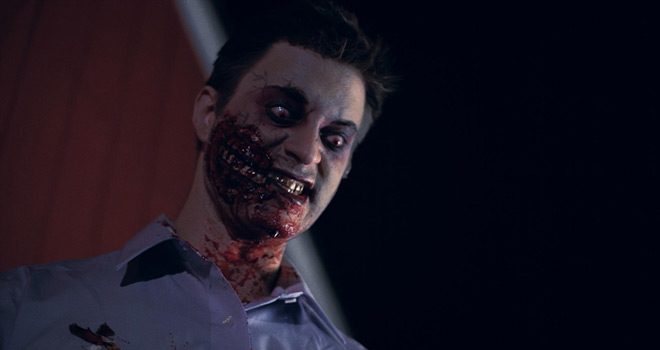 Overall, while the graphic nature of Night of Something Strange can be appreciated for its taking original and risky decisions to make any Horror fan shiver from shock, it is clearly a film that tries to blend the ideas and gore. While it makes it entertaining in some aspects for the raw gore and original concept of the story, it still comes off for a majority of the film as a campy B movie that is pretty nasty and gory. Warning: you must have nerve and stomach for it because some of the scenes can get a bit intense and bizarre, even for the most enthusiastically dedicated Horror movie fan. For these reasons, CrypticRock gives Night of Something Strange 3 out of 5 stars. 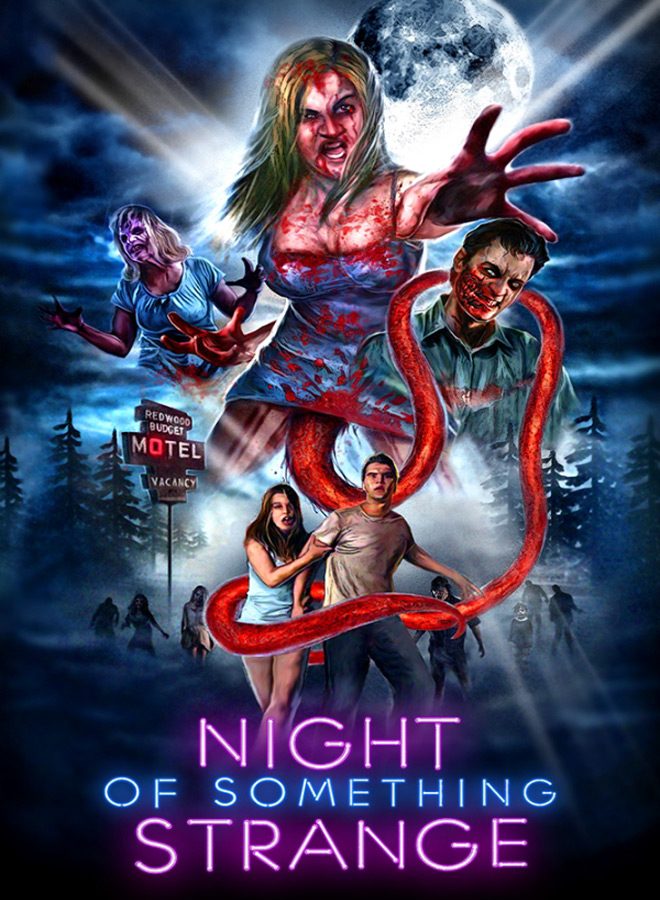