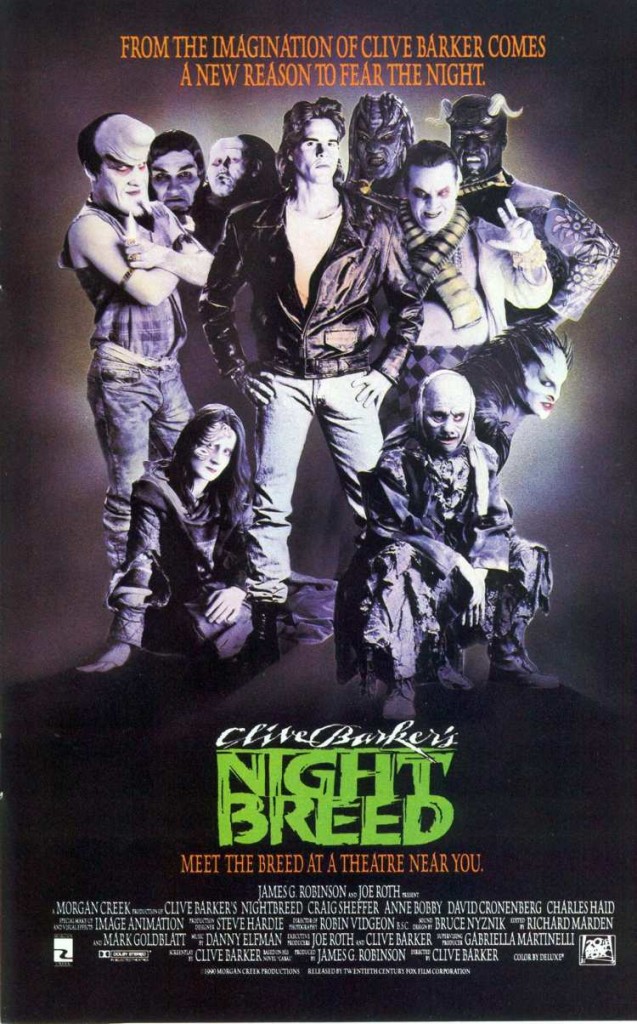 For years rumors have been rife about substantial missing footage to Clive Barker’s NIGHTBREED. Occupy Midian is a movement to see the full version of this film restored and re-released in its full and unedited glory, which not only is a more faithful adaptation of his book CABAL, but is what Clive Barker originally intended NIGHTBREED to be.

This version, running now at 144 minutes, is THE CABAL CUT. (via occupymidian.com)

Morgan Creek (distribution company of the film) had given the filmmakers permission “to show the cut around the world and to raise money to prepare the cut for a release on Blu-ray… This could not, would not, have happened without your voices. We have all been heard. The Morgan Creek team have my thanks and my respect. Very seldom does anyone in the movie business pay attention as they have, understanding perhaps that the message of the movie as I shot it is one that dramatizes a different ending to the age-old story of how a war between Humankind and something Other draws to a close.”

This was as of last year and there is now reportedly more news regarding distribution of NIGHTBREED- CABAL CUT. Michael Plumides posted the following comments on the Occupy Midian Facebook page regarding NiGHTBREED- CABAL CUT “It looks like the distribution deal is moving forward. Our distributors are presently at Cannes, but we will resume talks when they return – we probably will not make the announcement until the fall. Also we have a channel very interested in the TV show. Stay tuned.”

Right now this is all speculation but exciting news for NIGHTBREED fans if it comes to fruition. We will update any news as it becomes available.