Nightcrawler is a Crime Thriller written and directed by rookie Director Dan Gilroy who was primarily a screenplay writer on such films as The Bourne Legacy (2012) and Real Steel (2011).  Starring Jake Gyllenhaal (Donnie Darko 2001), Rene Russo (Lethal Weapon series) and Bill Paxton (Aliens 1986), the film saw its premier at The Toronto International Film Festival on September 5th and had its theatrical release on Halloween. 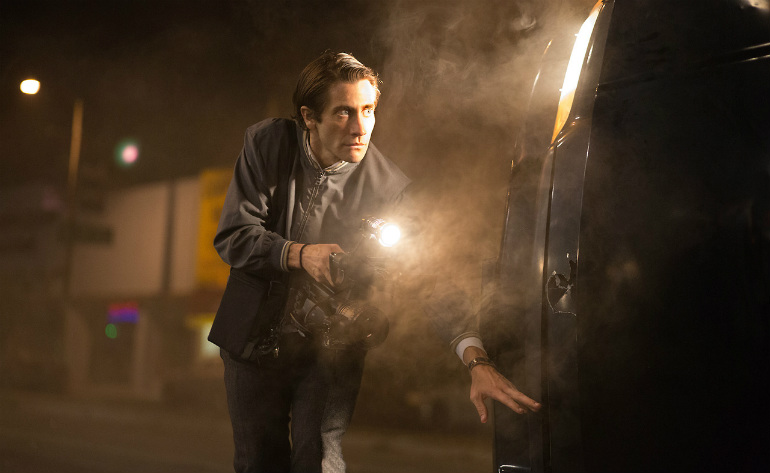 The film opens with a young man named Louis Bloom (Gyllenhaal) as he is shown at the train yard stealing fencing and anything else he can get his hands on.  Doing what he can to make ends meet, he sells them under the table to construction companies that will do business with him. Despite this current shady profession, Lou has much higher aspirations and is looking for something that strikes his fancy. He soon finds what he has been searching for by chance as he is driving down the freeway and pulls over to watch police try to rescue a trapped driver from his burning car. As he is watching the heroism of these officers, a van arrives on scene and two men jump out with video cameras and try to get the best footage they can of the accident.

After the two men film the man being pulled from the wreckage, Lou inquires what they are doing and the boss of the operation, Joe Loder (Paxton), tells him that they are “Nightcrawlers”, which are freelancers that listen to police scanners all through the night and when they hear something they want they get there as fast as possible and film it while it is still fresh. Then, with that footage, they take it to different news stations and sell it to the highest bidder to be used for the morning news. The more juicy the footage, the more money they can obtain. Lou is instantly sold and gets on it as fast as he can by stealing an expensive bike and trading it to a pawn shop for a video camera and a police scanner. He then goes out that night and tries to race to as many locations as he can to get footage, but mostly seems to be one step behind. He finally gets some footage that he thinks is good enough to sell and takes it to Channel 6, which is the lowest rated station in the city, and his talent is immediately spotted by Nina (Russo) who runs the station. She gives him the motivation to continue along with a check for his video. 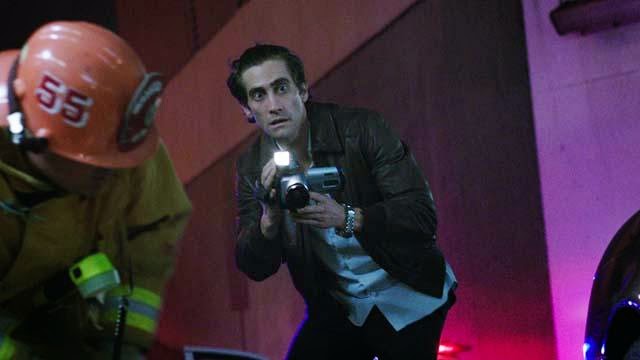 After this, Lou takes to the internet where he meticulously studies everything that he needs to know about the profession he wants to master. It is at this point that the audience see what an obsessive compulsive character Lou is as he will stop at nothing to get what he wants. After hiring an assistant to help navigate the streets with him and be his second camera man, Lou sets out to be the biggest name in town for the “Nightcrawler” business no matter what.

The character of Lou is brilliantly portrayed by Gyllenhaal, who lost twenty pounds off of his already small frame to get the look he was after, which is a gaunt sociopath that has no moral obligations to anyone or anything. This truly is an iconic character that will and should be studied by aspiring actors for many years to come. The entire film depends on his performance and he does not disappoint. He is unrecognizable in this role and convinces the audience to really believe he is the character on the screen. His dialog, which is abundant at times and meant to be said at fast speeds to show his intelligence, is masterfully executed by one of the most talented actors of this generation. 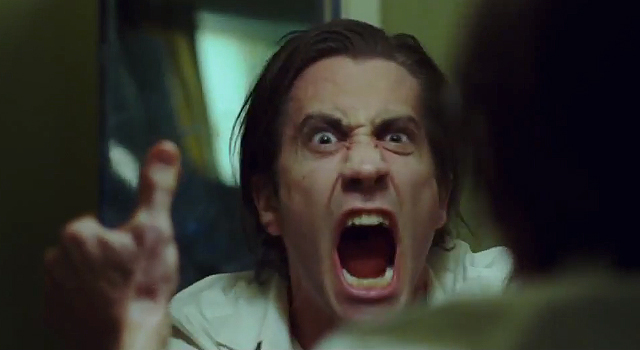 Nightcrawler itself feels like it is in the hands of a seasoned veteran which makes it all that more impressive knowing it is done by a first time director. The film has perfect pacing and will have the viewer engaged from start to finish. Every year there are a few films that come out that are eventually deemed classics of their time, but then there is that film that becomes an instant classic and needs no time to make that assessment. Nightcrawler is one of those rare films that is the latter; it is an instant classic, and so far, might be the best film of 2014. It is an absolute must see and should be an Oscar contender for best actor. CrypticRock gives Nightcrawler 5 out of 5 stars. 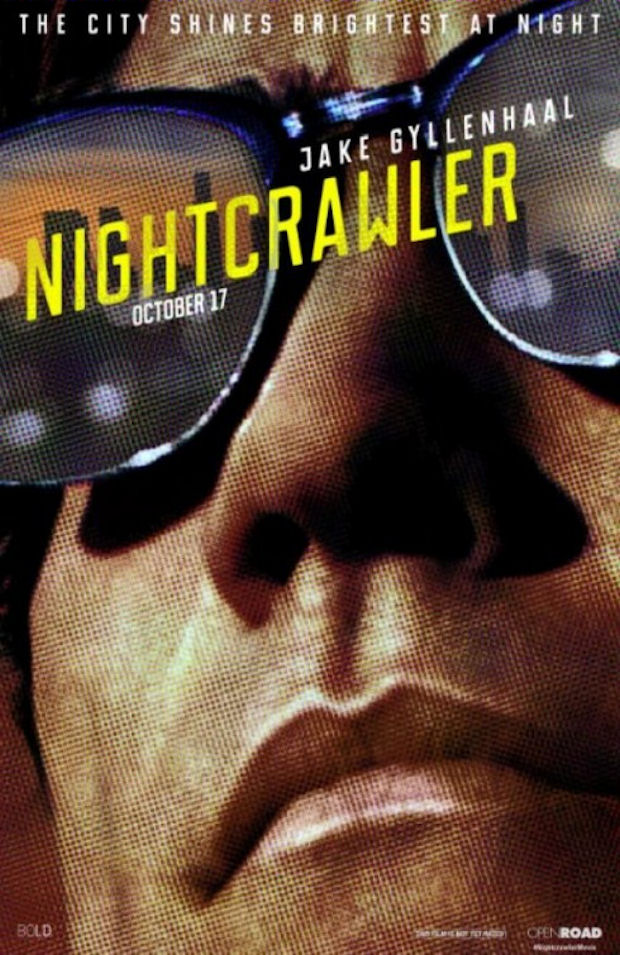