Celebrating 20 years of Symphonic Metal virtuosity, on Wednesday, March 14, 2018, Finland’s own Nightwish made The Playstation Theater in New York City the fifth stop on their much-anticipated Decades: World Tour.

An evening of career-spanning music, Nightwish’s seventh world tour, Decades: World Tour, offers a unique setlist, exclusive to this tour only, of rarely-played, deep tracks from the band’s early years, making these shows a once-in-a-lifetime event for die-hard fans. Adding to the excitement and to usher in the opening night of the tour, on March 9, 2018, Nightwish released the double-album, Decades: An Archive of Song 1996-2015, via Nuclear Blast Records – a compilation of the band’s most notable material.

Ahead of discussing the show, it is imperative to first look to the past and understand the long road that led Nightwish to the Decades:World Tour. Nightwish was founded back in 1996 by Lead Songwriter/Keyboardist Tuomas Holopainen, Guitarist Emppu Vuorinen, and Vocalist Tarja Turunen, later hiring Drummer Jukka Nevalainen and Bassist Sami Vanska to round-out the band’s original lineup. Upon the release of their debut album, 1997’s Angels Fall First, Nightwish had certainly made a name for themselves in their homeland of Finland, but worldwide domination was the ultimate goal and Nightwish were about to explode.

Key to the band’s fortune, Nightwish’s first taste of global success came via their chart-topping second album, 1998’s Oceanborn, and then third album, 2000’s Wishmaster, rose to No. 1 on the Finnish Albums Chart. Later, in 2001, Nightwish parted ways with Vanska and hired Bassist Marco Hietala. Contributing even more power to Nightwish’s electrifying sound, the multi-talented musician Hietala seized a more prominent role as Nightwish’s second Vocalist in addition to his duties on Bass. A rising force in the world of Symphonic Metal, Nightwish accomplished their biggest milestones when the band’s fourth release, 2002’s Century Child, reached double-platinum status in Finland, and the follow-up, 2004’s Once, gained Nightwish overwhelming popularity in the U.S.

Seeming like ages ago now, sadly in 2005, Nightwish and Turunen parted ways, ushering in the Anette Olzon era. Parting ways with the talented Olzon in 2012, a new dawn was on the horizon for Nightwish, the fall of 2012 saw the band performing live with Vocalist Floor Jansen (ReVamp, After Forever). At the time thought to be a temporary replacement, one year later Jansen was officially hired as lead vocalist of Nightwish. Heading back into the studio, Nightwish released  Endless Forms Most Beautiful in 2015, arguably the band’s most-acclaimed album to date.

In sharp precision over the years, Nightwish forged a Symphonic Metal sound known for operatic vocals and catchy melodies mixed with touches of stout Heavy Metal riffs. In 2013, Nightwish deemed session musician Troy Donockley an official member of the band – whose use of unique instruments like Uilleann pipes, Tin Whistle, and Low Whistle add a charming touch to the music of Nightwish. On top of that, Holopainen writes lyrics filled with a multitude of styles and themes ranging from mythology and fantasy, to themes surrounding the beauty and meaning of life, dark imagery, and some which take on a more personal meaning to the gifted songwriter.

With that brief history lesson provided, it leads us to 2018 where Nightwish set out to celebrate a grand history. As we circle back to a snowy New York City evening, enthusiastic fans of all ages arrived in droves to The Playstation Theater generating a major buzz for Nightwish in the Times Square district of Manhattan. A nice surprise, after entering the venue, every single Nightwish fan was greeted with a free CD of Decades: An Archive of Song 1996-2015, making the night even more exciting. As no support act was scheduled, a near capacity crowd was rapidly heating-up to experience a two-hour trip through time based on the storied history of Nightwish.

All eyes were focused on the stage as first the immense visuals shown on the backdrop provided a mesmerizing introduction to the show. Out of nowhere, Nightwish appeared and took over as Jansen, Holopainen, Vuorinen, Hietala, and Donockley were joined by Touring Drummer Kai Hahto, and a night of spellbinding music began in a spirited way with “End of All Hope.” With Jansen’s powerful and fitting vocals leading the way, Nightwish’s biggest U.S. hit, “Wish I Had An Angel,” was next, hooking the crowd into a frenzy that did not let up all night. As the vividly symphonic portion of the show was underway, standout songs such as “Come Cover Me,” “Gethsemane,” “Elan,” and “Dead Boy’s Poem” captivated the bright audience who loved every moment. It was a trip into the past like no other, still, there was even more yet to come. 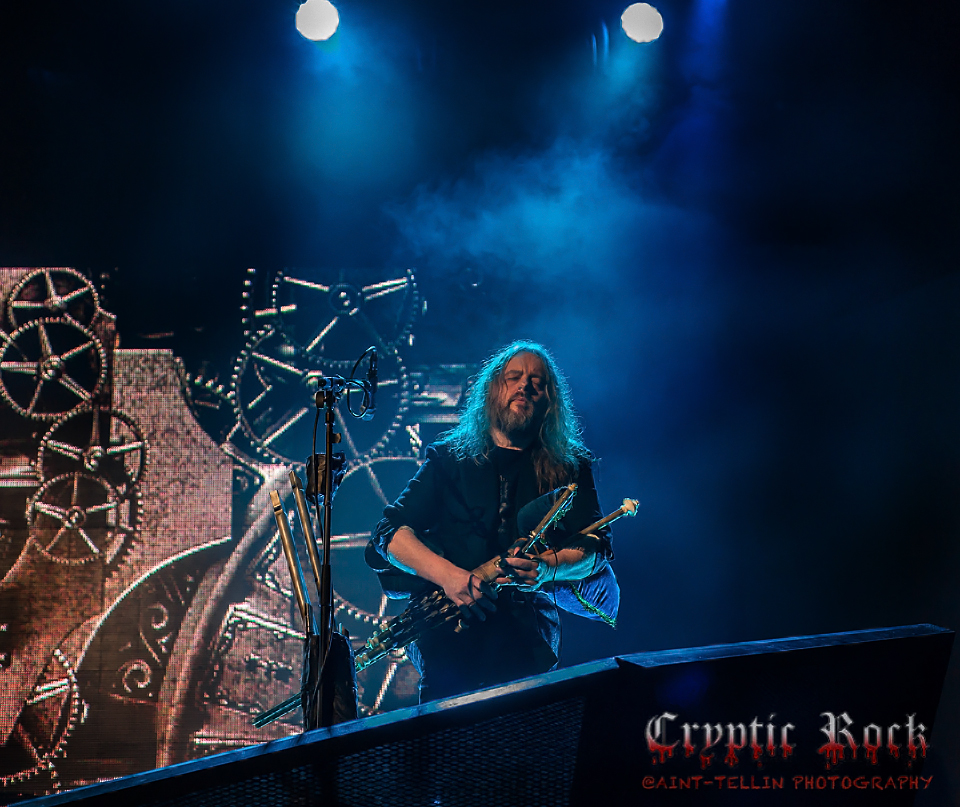 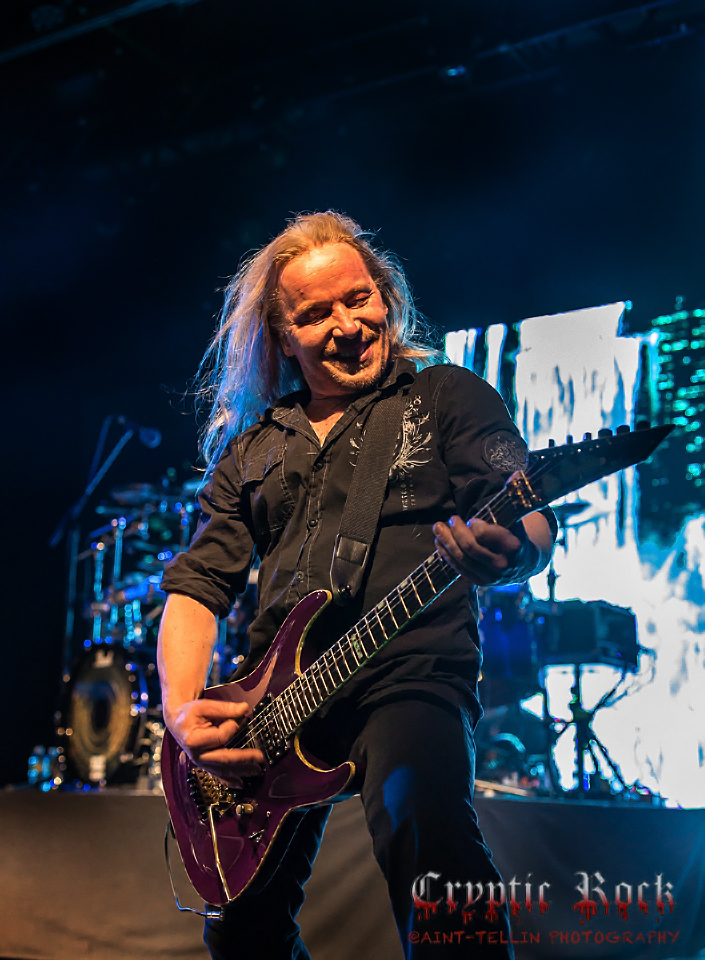 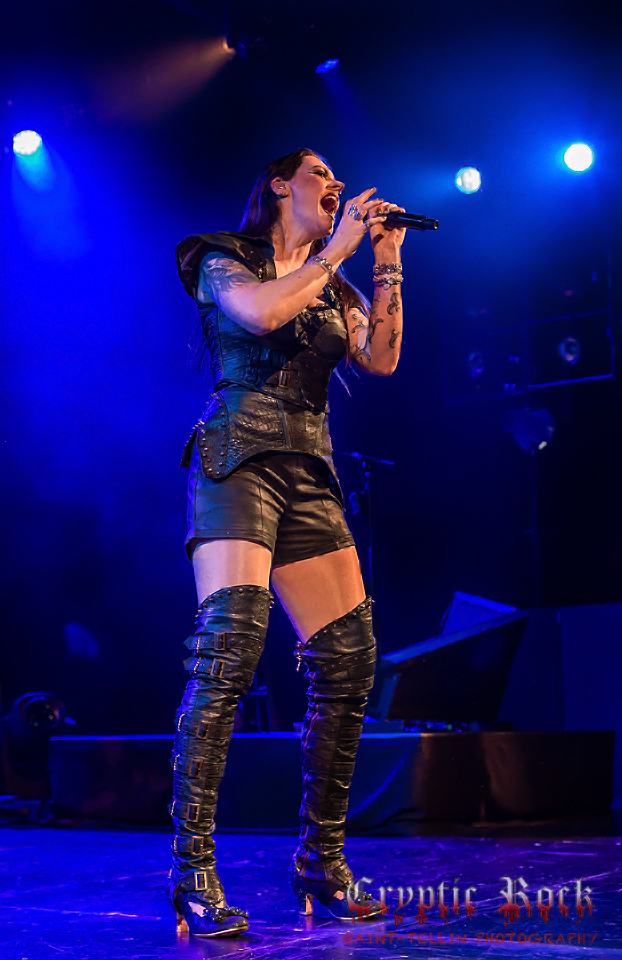 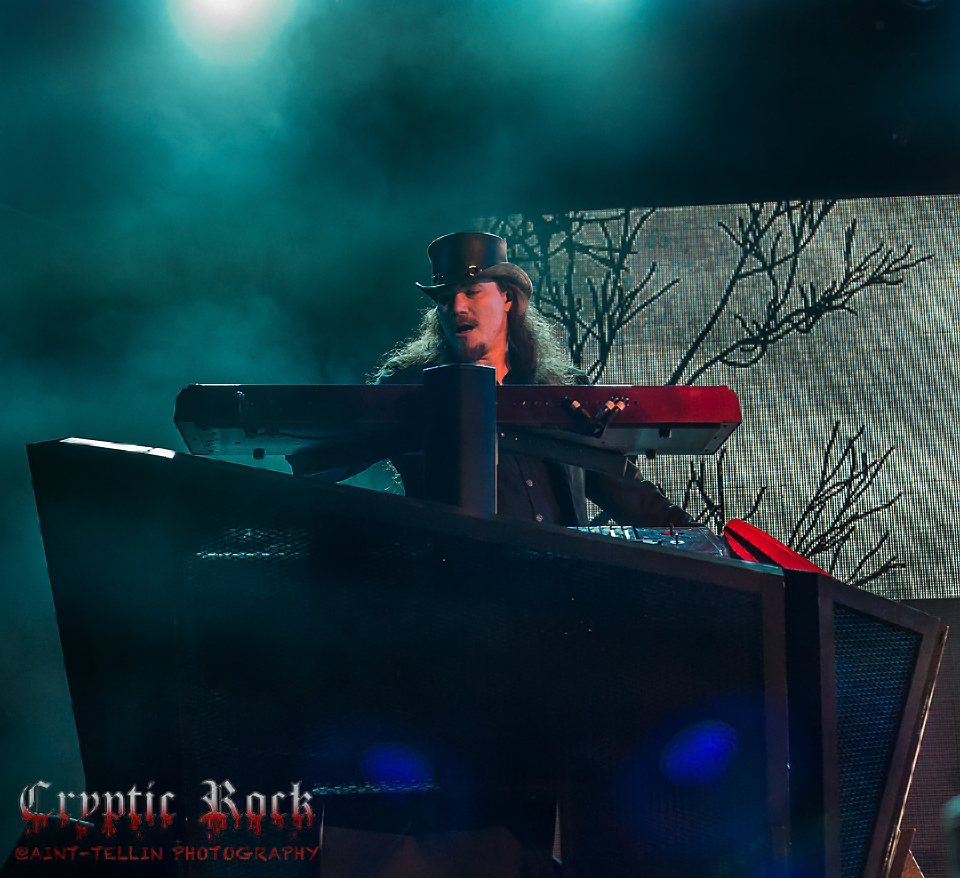 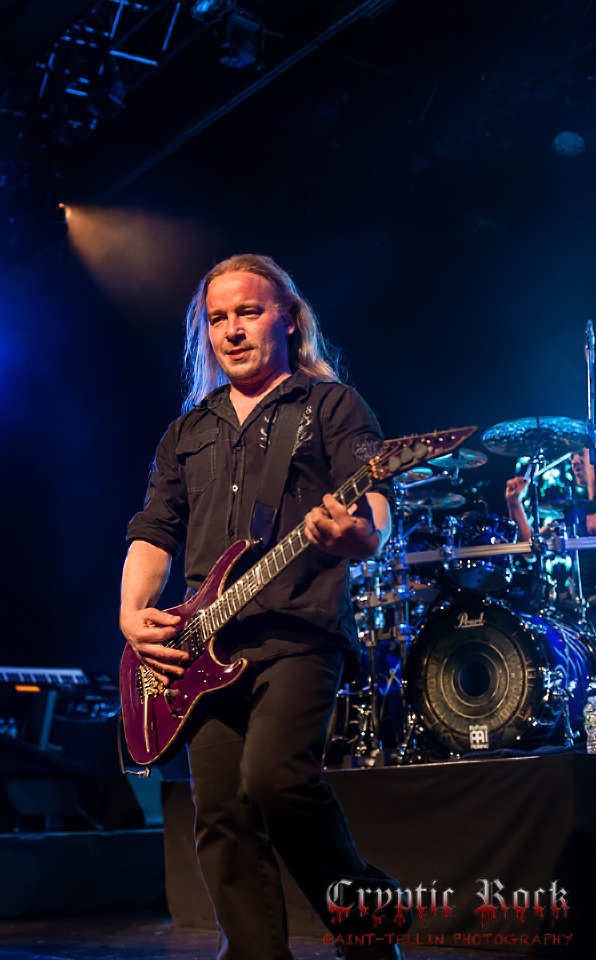 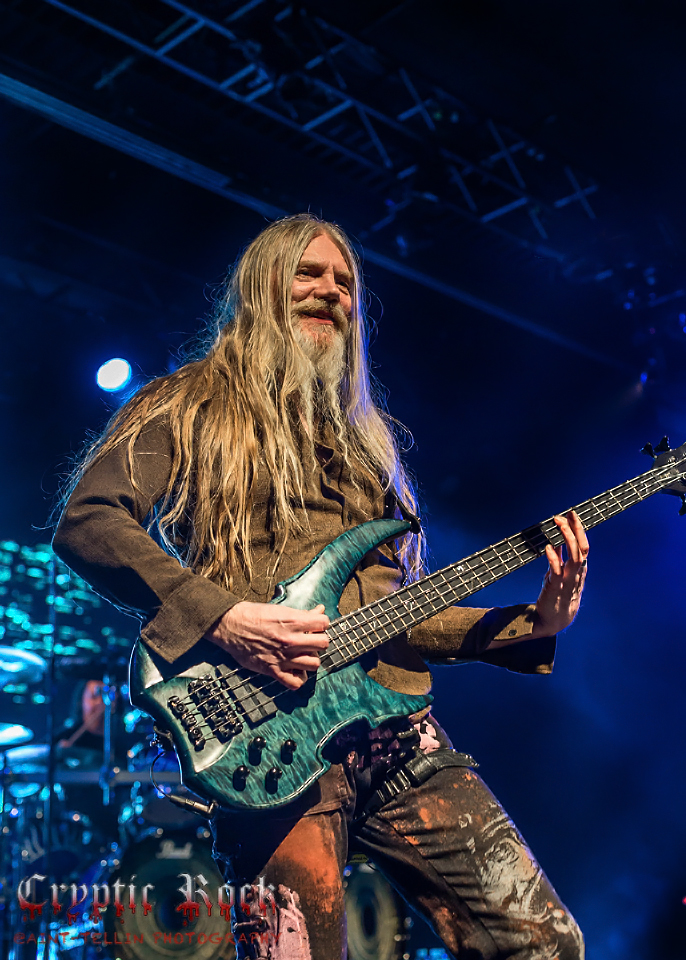 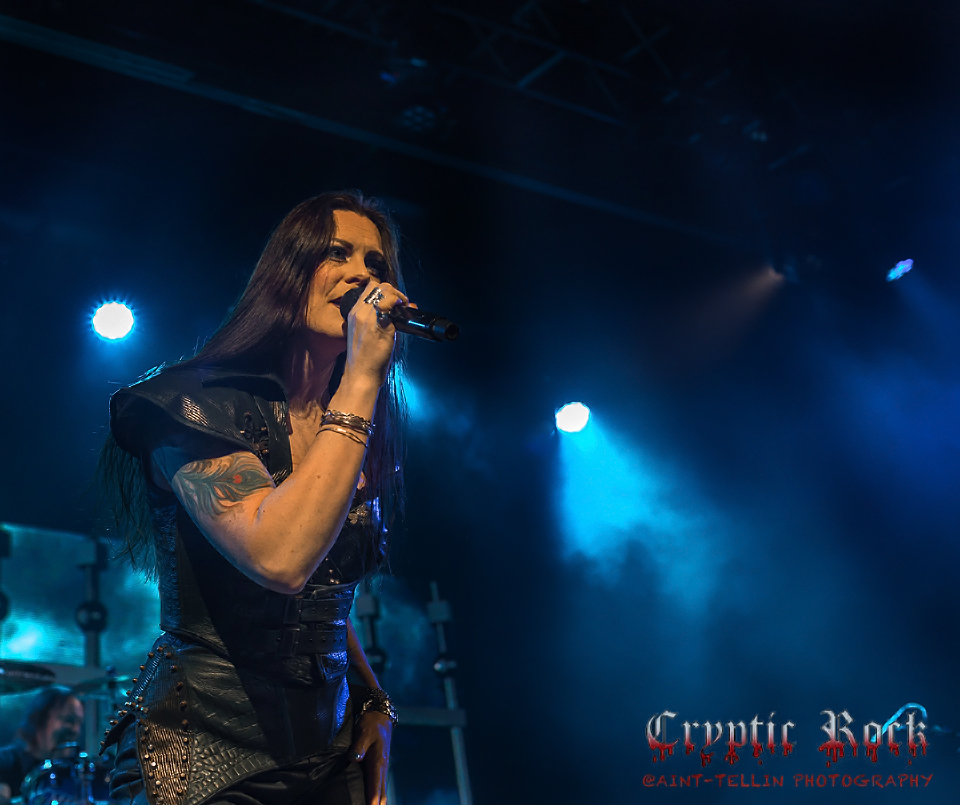 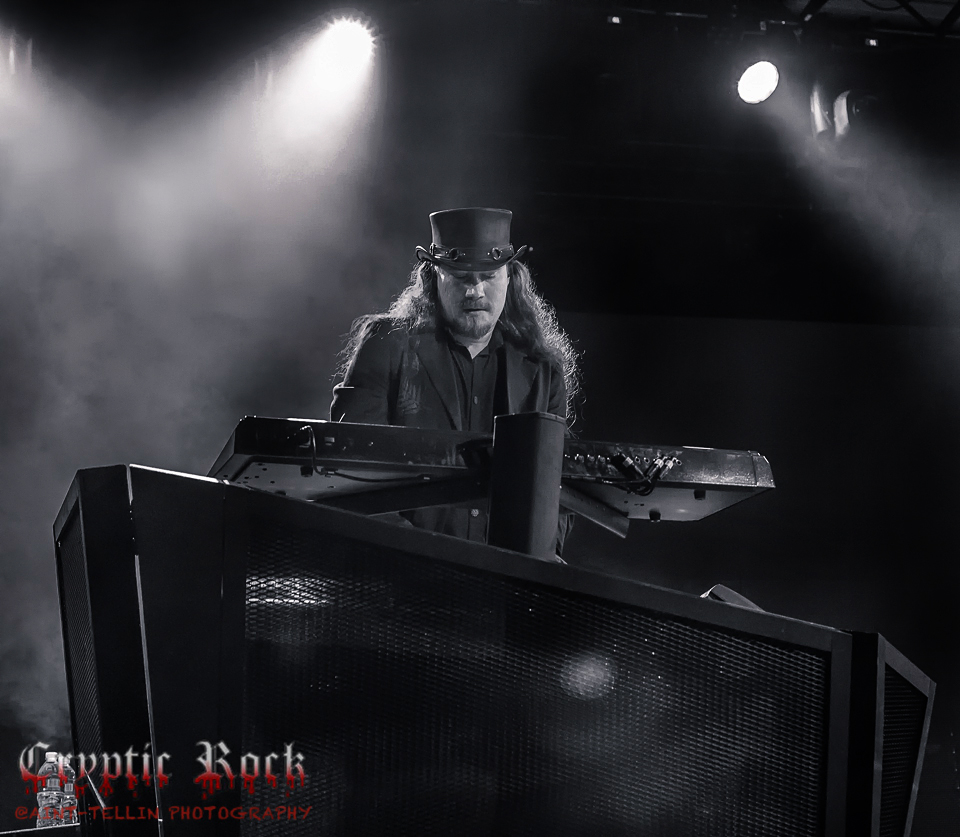 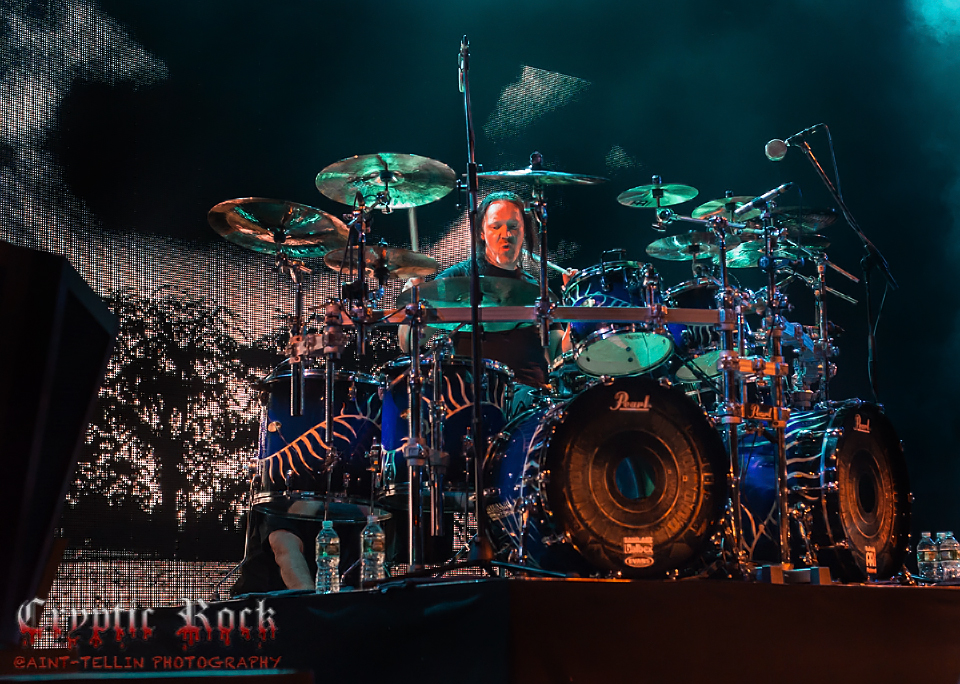 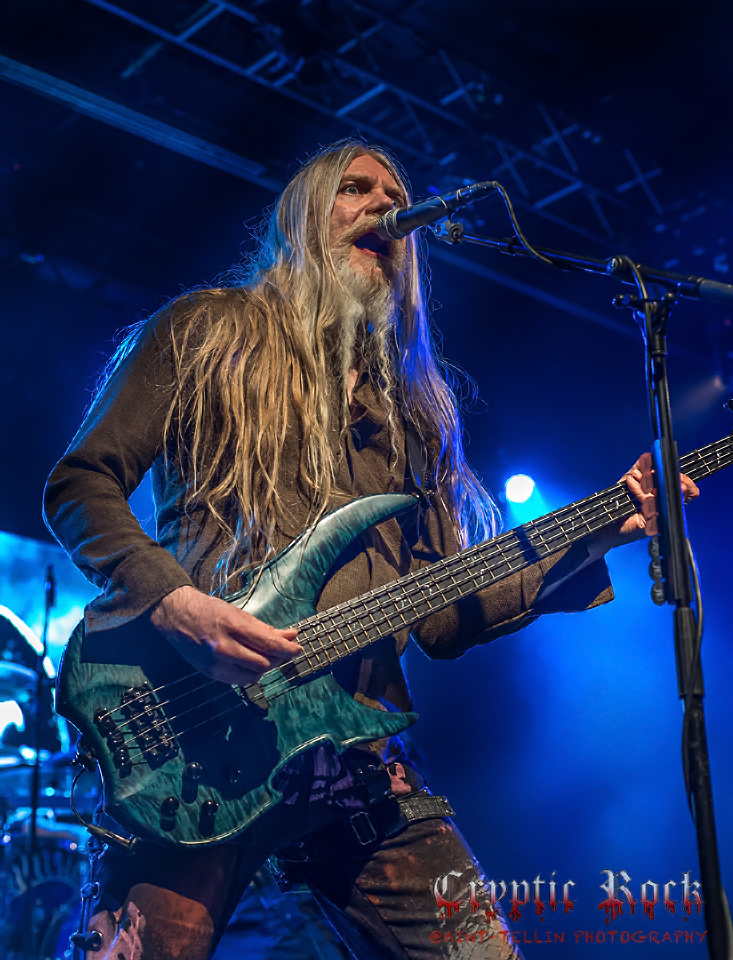 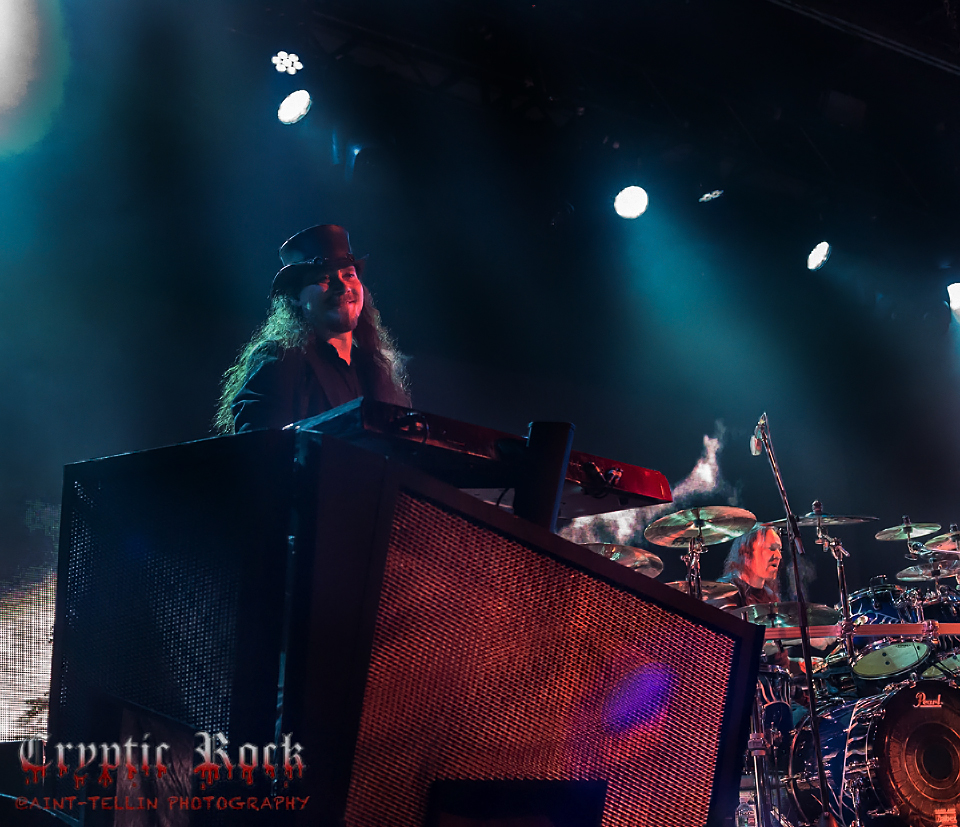 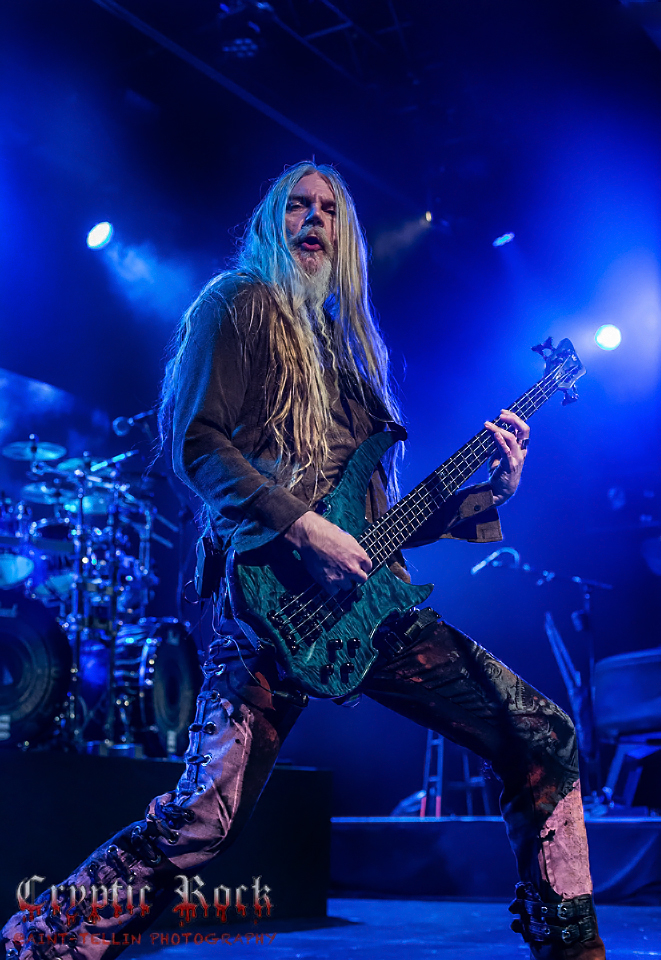 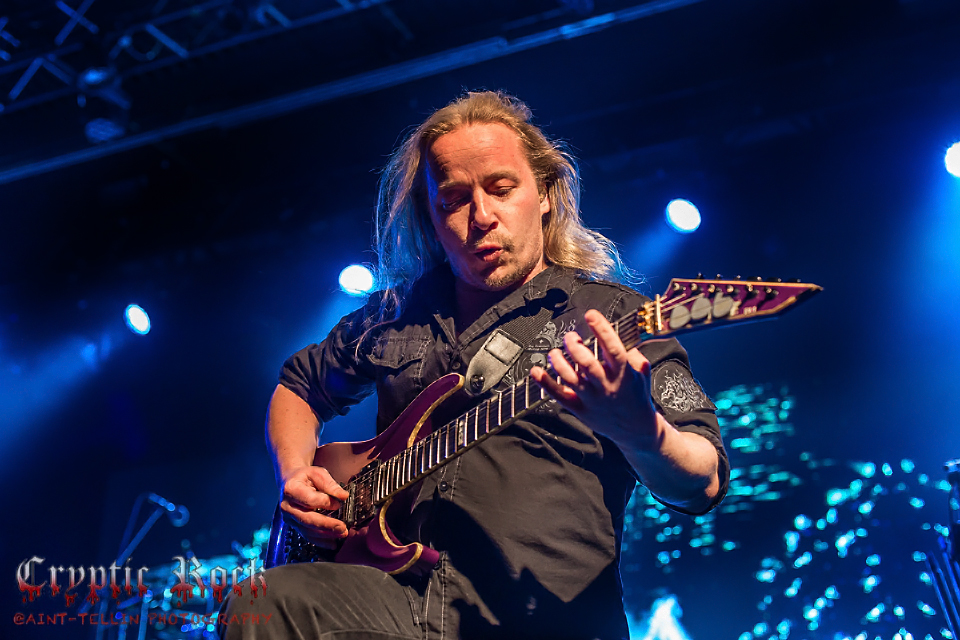 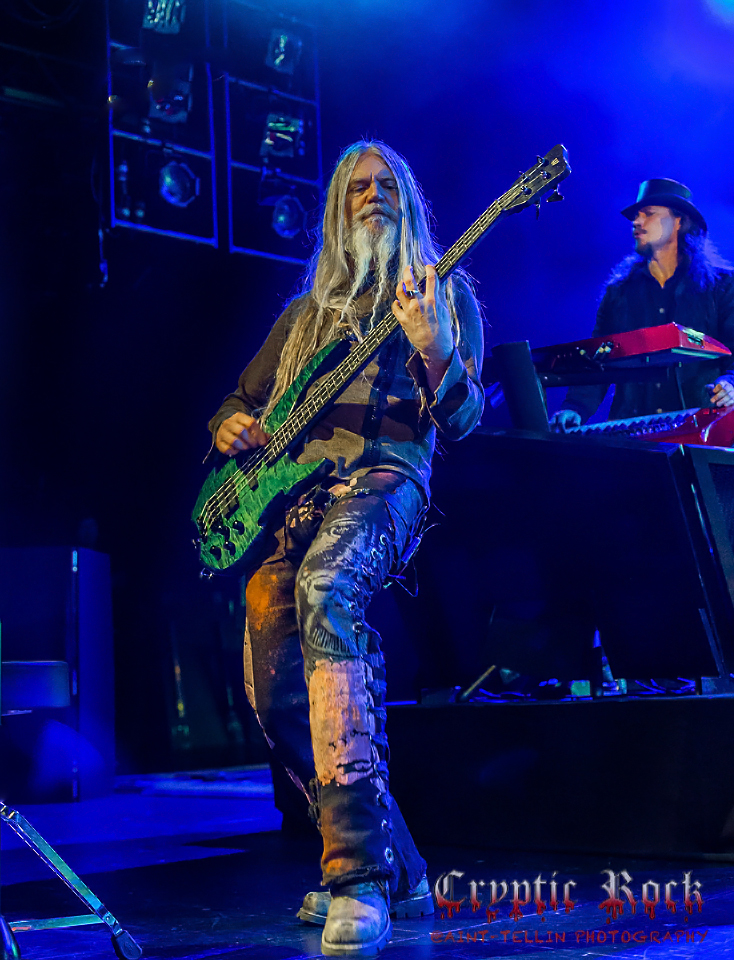 Midway through, the set reached a more dark and heavy tide as the intense “Elvenpath” off their debut album preceded the crowd-pleasing newer generation song, “I Want My Tears Back.” Storming on, Nightwish got heads banging with a flaming version of “The Kinslayer,” followed by the ominous “Devil & the Deep Dark Ocean,” “Nemo,” and the heaviest cut of the setlist, “Slaying the Dreamer,”  with the most evil vocals Hietala could muster up. In fitting and grand fashion, “The Greatest Show on Earth” and emotional 2004 “Ghost Love Score” closed-out an astounding performance by Nightwish, sending fans home exhilarated with an appetite for Nightwish fully satisfied.

On the Decades: World Tour, Nightwish have conceived a flawless performance and the band’s best moments take to the stage to commemorate a paramount 20th anniversary. Supplementary to this, the show features stunning visuals related to each song, giving the performance an enhanced meaning. A masterful entity, Nightwish uphold their ability to thrive for so long, and that is credited to the amazing talent in this band. The songwriting and fantastic keyboard work by Holopainen lays the foundation for the overall feel of the set. Furthermore, Jansen is heavenly on vocals, while Hietala, Vuorinen, Hahto, and Donockly offer a shining backbone to the music.

Their performance is as energetic as ever and the theatrics of their music has not lost any potency through the years. Even at the early stages, the Decades: World Tour should play out to be Nightwish’s most successful tour to date. Afterall, how many bands have as rich a history as this Finnish juggernaut? The answer is few, and that is exactly why anyone who fancies themselves a lover of Symphonic Metal need to get out and see this tour before the North American leg ends on April 22nd! 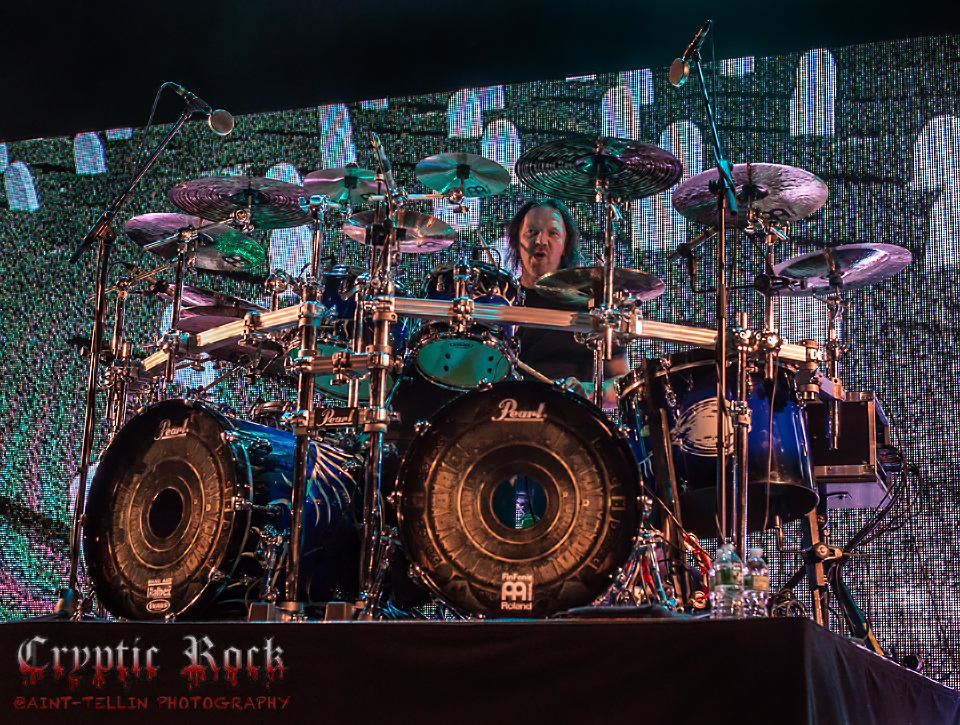 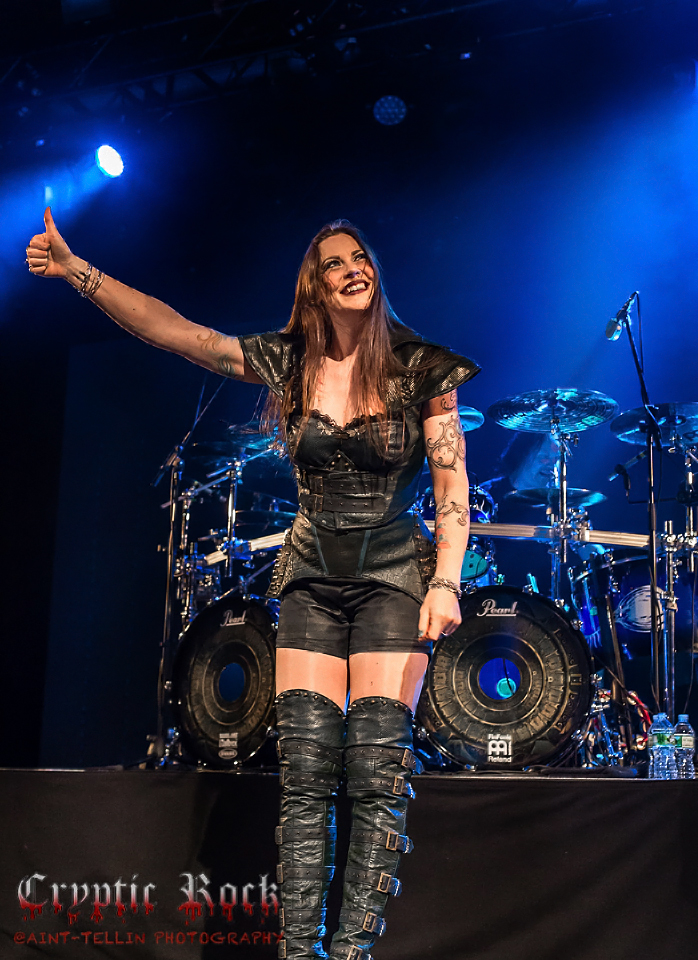 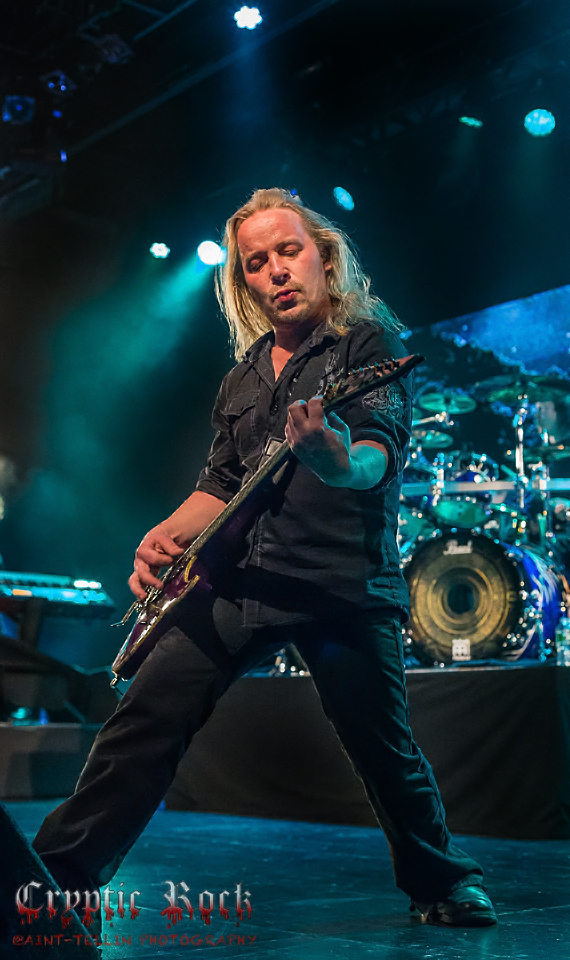 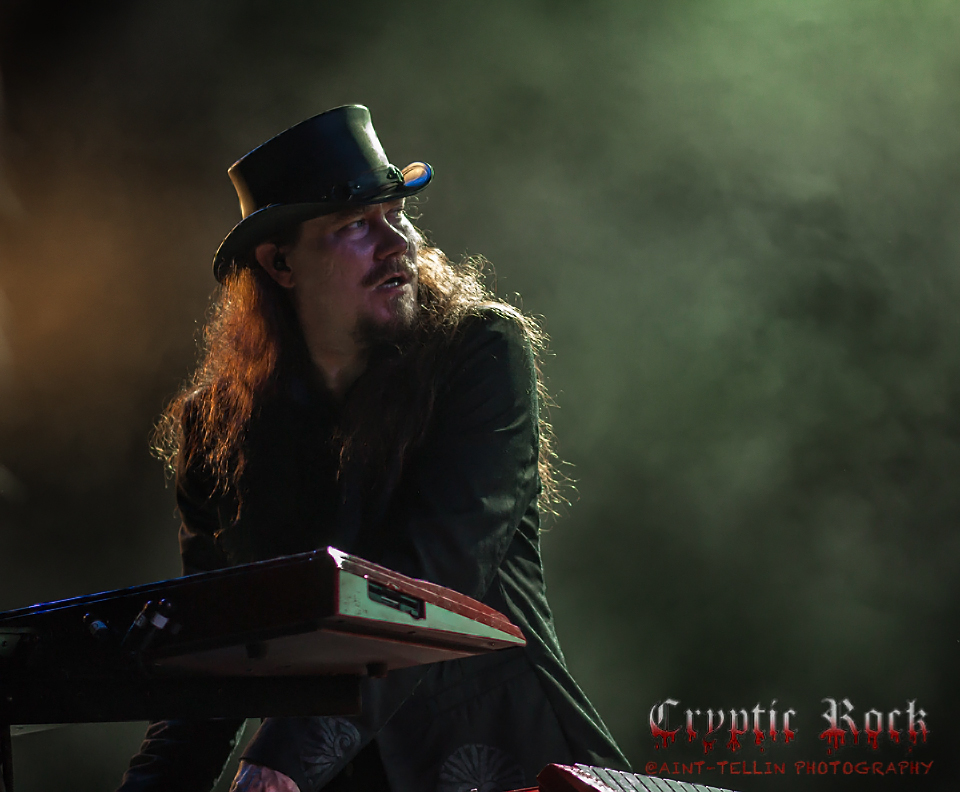 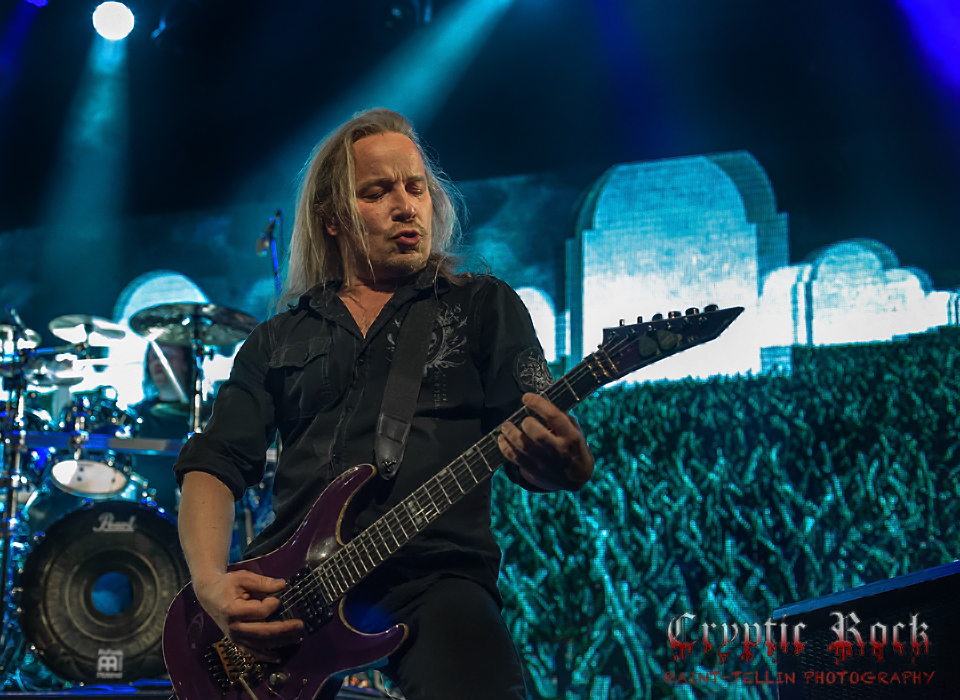 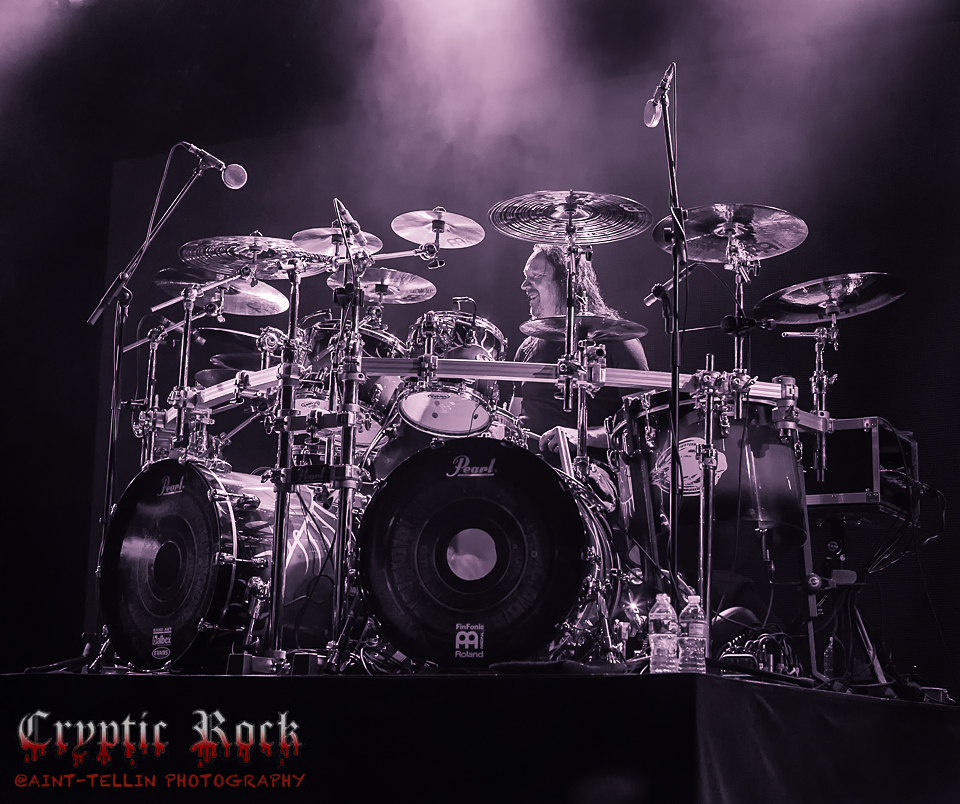 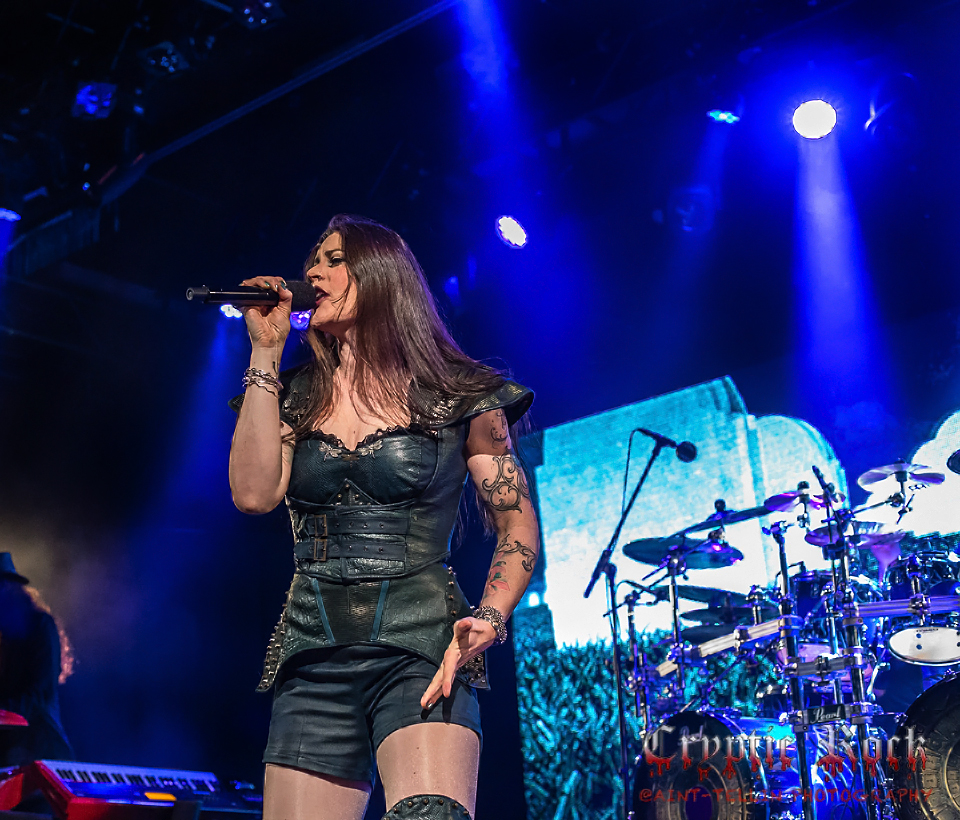 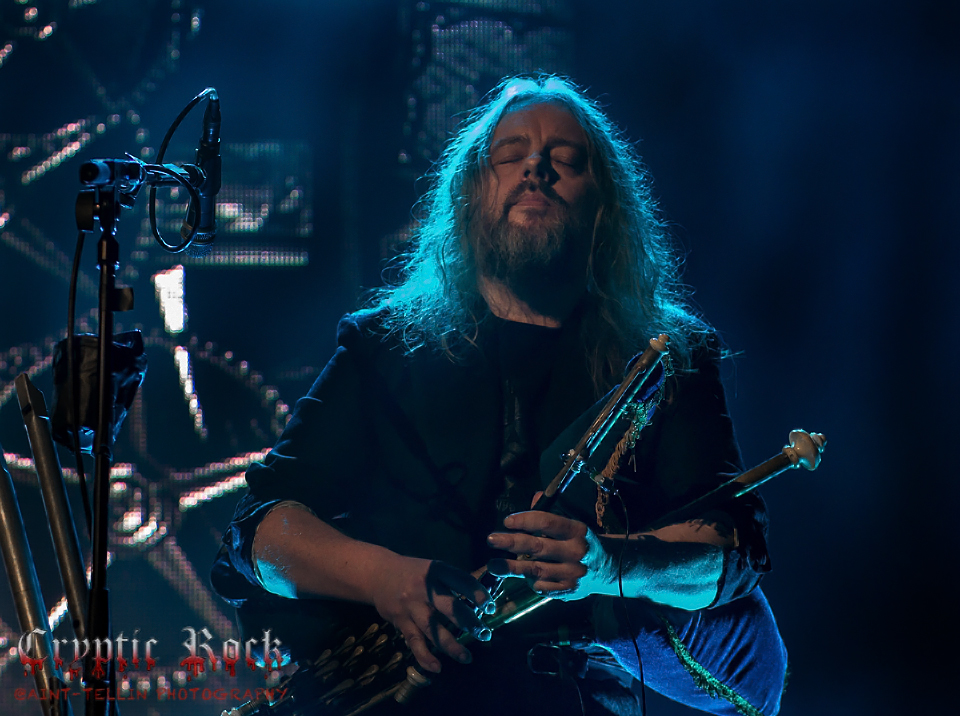 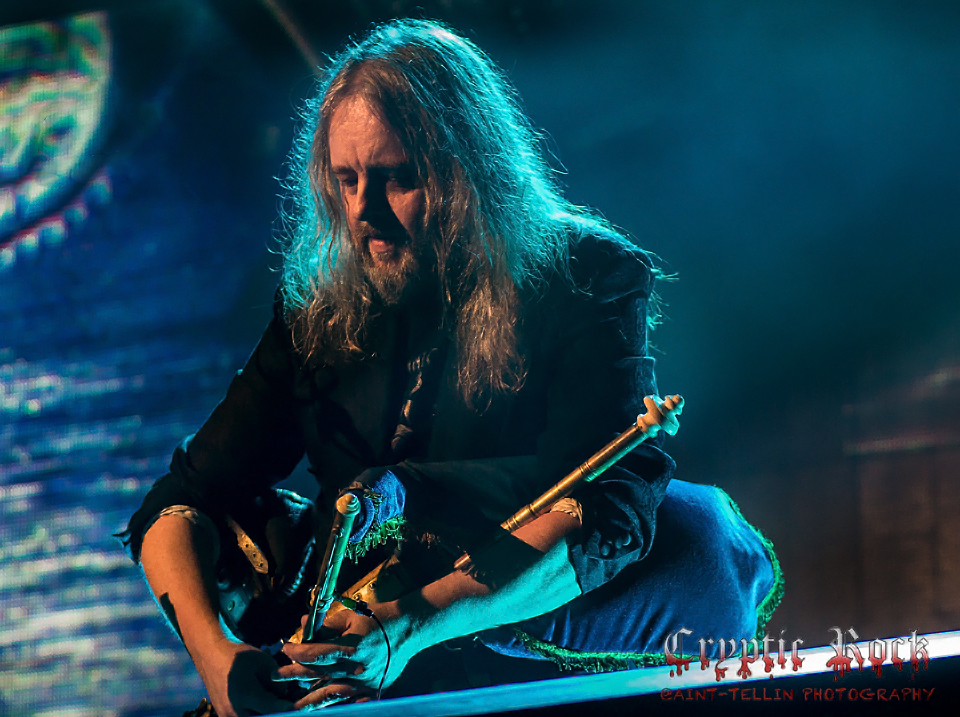 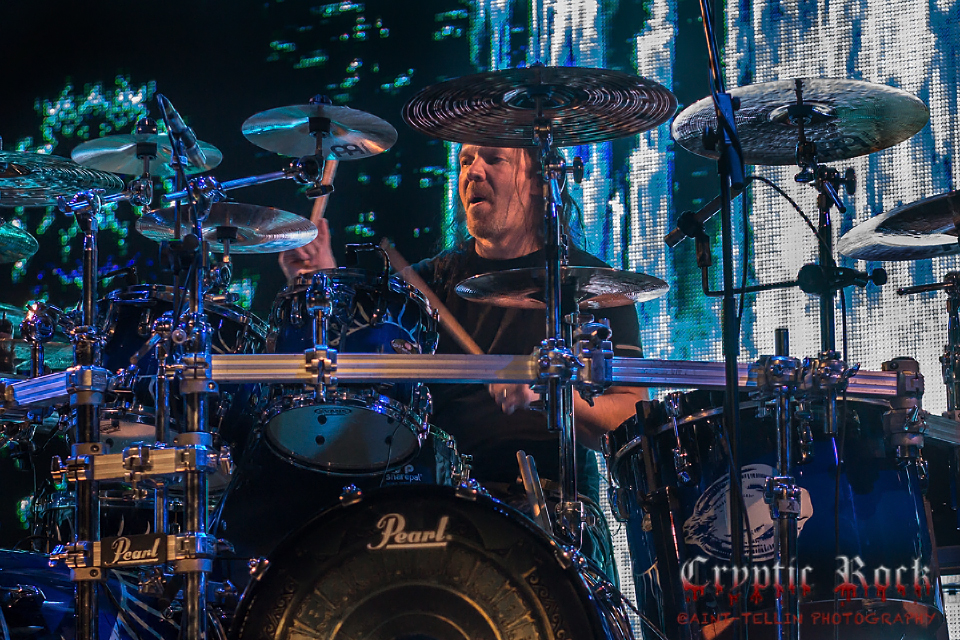 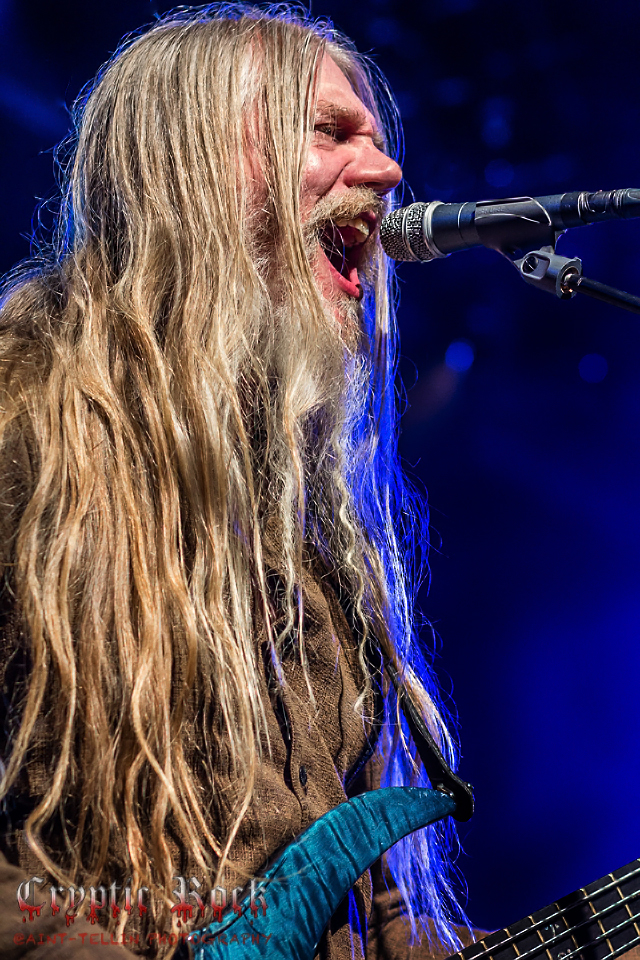 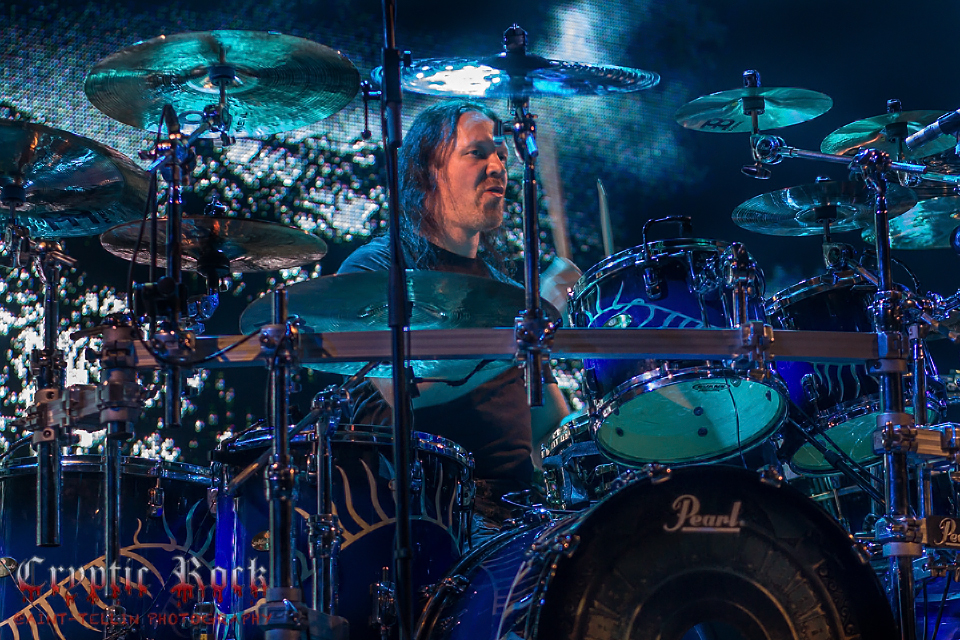 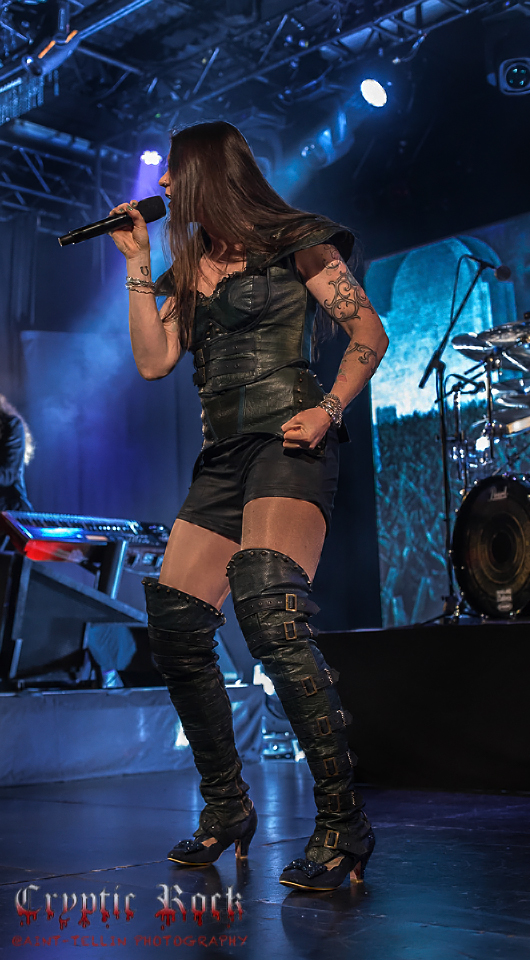 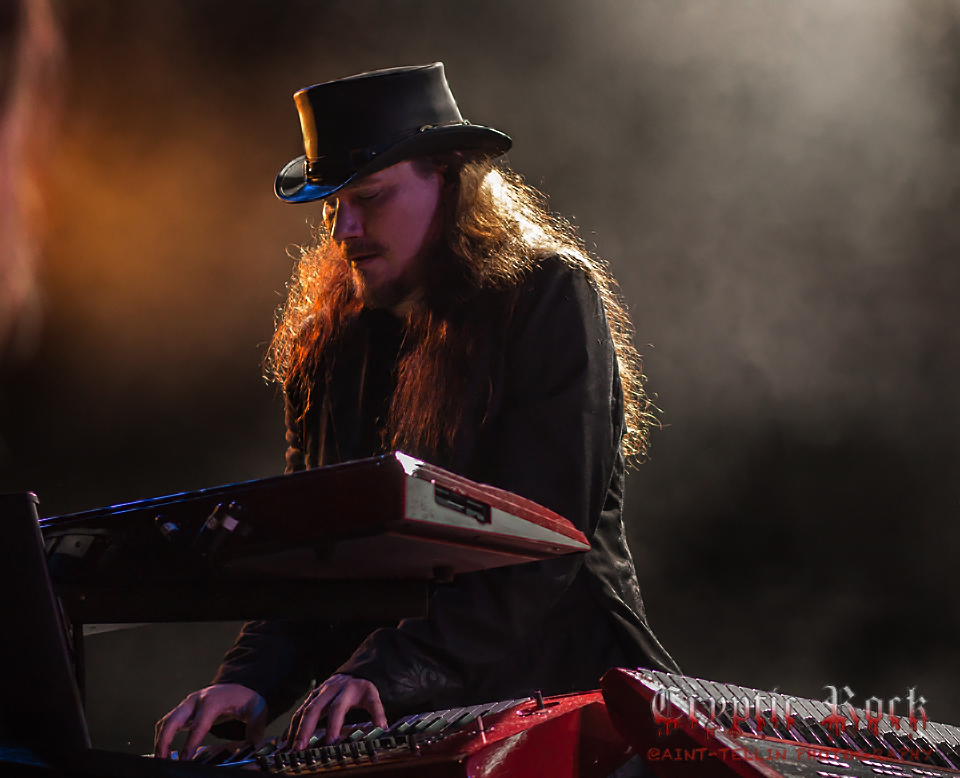 Motörhead: The Rise of the Loudest Band in the World (Graphic Novel Review) The Agonist – Days Before the World Wept (EP Review)
Like the in-depth, diverse coverage of Cryptic Rock? Help us in support to keep the magazine going strong for years to come with a small donation.