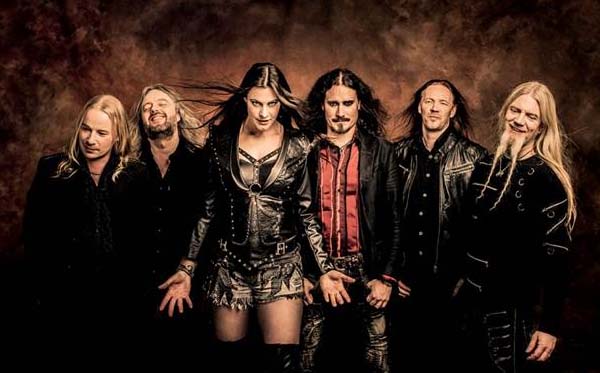 Founded in Kitee, Finland in 1996, Symphonic Metal band Nightwish has become one of the most celebrated acts in the genre over the years. Initially formed by main composer and keyboardist Tuomas Holopainen, vocalist Tarja Turunen, guitarist Erno “Emppu” Vuorinen and drummer Jukka Nevalainen, after releasing their debut album, Angels Fall First in 1997, it was 1998’s Oceanborn that would give them worldwide recognition. Known for their multilayered music and powerful female vocalist, the lineup has sustained a few key changes including Anette Olzon replacing Turunen in 2007. After spending five years, and two studio records, apart of Nightwish, Olzon and the band parted ways. Introducing former After Forever, and current Revamp vocalist Floor Jansen as a fill in back-up singer in order for them to complete touring had many wondering if it would become something more permanent. Even as late as September of 2013, Jansen told CrypticRock in an interview, when talking about her status in Nightwish, “I think if any announcement could be made about my future with Nightwish,  it would have been made (laughs).” That announcement did in fact come shortly thereafter, and finally the new generation of Nightwish has taken form with Vuorinen on guitar, Holopainen on keys/synth/piano, Nevalainen on drums, Marco Hietala on bass, Troy Donockley on bagpipes/tin whistle/bouzouki/bodhran/backing vocals, and Jansen on lead vocals.

Now in 2015, they return with their highly anticipated eighth album, Endless Forms Most Beautiful, set for US release March 31, 2015. Marking the first studio record for both Donocley and Jansen apart of Nightwish, and unfortunately Nevalainen was forced to step back from the band for a while during recording due to severe insomnia and was temporarily replaced by Kai Hahto of Wintersun as drummer. As their first record in four years, like former albums, the orchestra, choir, and percussion were recorded at the Angel Studios in London with producer Pip Williams. Taking the title of the album from a quote of Charles Darwin’s work Origin of Species, also incorporating the theme of the album: life and evolution, the new material is one of the most anticipated of 2015.

Leading song and second single, “Shudder Before The Beautiful,” begins with a speech from the famous evolutionary biologist and author, Richard Dawkins, followed by an orchestra kicking in. This track is a beautiful and positive ode to life, full of Nightwish quality right from the start. “Weak Fantasy” represents the Metal side of the album, where Jansen gets to show her superiority as a singer as she nails both a sensitive and aggressive sound. Leaked in February against the band’s wishes, first single “Élan” encompasses its title as a cheerful, positive, and light piece. Very catchy, the track was a nice introduction to Endless Forms Most Beautiful, but may not be the most clear representation of the vast dynamics the rest of the album possesses. Next, “Yours Is An Empty Hope” is another heavy and contentious song that has that old school Nightwish rage felt in songs such as “Slaying the Dreamer” from 2002’s Century Child.

Moving right along, “Our Decades In the Sun” is a tribute to parents, and is such a touching song, the band even shed tears while rehearsing the music. The delicate instrumentation along with the innocent lyrical content that many can relate to from fond memories of childhood, the organic progression of the song is magnificent. “My Walden” is a traditional Celtic offering with a little Folk flair. The wonderful melodic mixture of tones is capped off by a delicate delivery of Jansen during the verse before an epic sing-along chorus. Powerful and addictive, title track “Endless Forms Most Beautiful” shows Nightwish at its best with epic symphonic keyboards, haunting operatic backing vocals, and crushing guitars. The beautiful and melancholic “Edema Ruh” was inspired by fantasy author Patrick Rothfuss’ group of strolling musicians and actors from his books Kingkiller Chronicle, called the Edema Ruh. With a main key melody opening the song, one can not help but be taken away into a different dimension of melodic bliss.

In the angelic and emotional love song “Alpenglow,” Jansen’s divine presentation is once again shivering as the tension of keys, guitar, and drums build an atmosphere that is uplifting. Full of orchestra and choir, “The Eyes of Sharbat Gula” is peaceful, calm, and imaginative. The dark nature of the track plays out like a soundtrack to a film and will have listeners diving deeper into the rabbit hole of mystique Endless Forms Most Beautiful offers. The final track on the album is more than a song; it is a piece of art. The twenty-three plus minute “The Greatest Show On Earth” is a token of Holopainen’s brilliance and awakens a spectrum of emotions that are so beautiful they bring tears to the eyes, concluding with a grand statement from Richard Dawkins. This track crowns the album and encloses the theme by going through the entire evolutionary theory, starting with the Big Bang and ending with another quote from Darwin’s Origin of Species.

As the third highest selling and most successful Finnish band worldwide, Nightwish has sold over eighty million albums, earned more than sixty gold and platinum records, and released five #1 albums and thirteen #1 singles in their nineteen year run. Endless Forms Most Beautiful will only add to their accolades as an ode to birth, the continuation of life, and evolution. The intriguing lyrics are combined with stunning melodies to form a perfect wholeness that can not only be heard but also felt and seen. The members are all brilliant musicians respectively, but Holopainen is without a doubt one of the greatest songwriters and storytellers of our time. Endless Forms Most Beautiful can only be described with praising words: touching, emotional, passionate, powerful, hypnotizing, imaginative, fascinating, gripping, beautiful, sad, happy, angry, light, heavy… in other words, perfect. CrypticRock gives Endless Forms Most Beautiful 5 out of 5 stars. 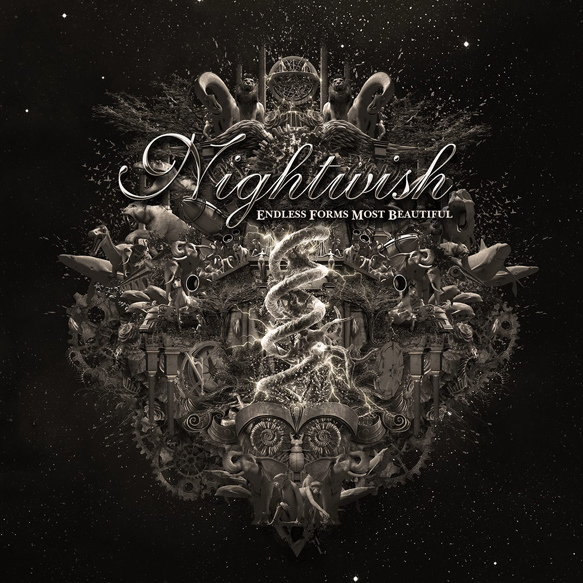