Nightworld, the title conjures images of nightmarish creatures that lurk in absolute darkness and plague those within the realm of the living. For centuries, mankind has grappled with the concept of an afterworld and the possibility of unhindered passage between the world of the living and the dead.

This in mind, the new film, Nightworld, released on October 20, 2017 via Gravitas Ventures, offers a keyhole glimpse into the uncharted world of the dead by revealing a well-kept secret – the existence of a gateway between the planes of the living and the dead. Written by Barry Keating (Killer Mermaid 2014, The Rift 2016) and Milan Konjevic (Zone of the Dead 2009, Killer Mermaid 2014), based on a story from Italy’s Loris Curci (Wings of Fear 2008, 11-11-11 2011), with direction from Patricio Valladares (Hidden in the Woods 2014, Downhill 2016), Nightworld is a hidden gem amidst the vast abyss of 2017 Horror releases. 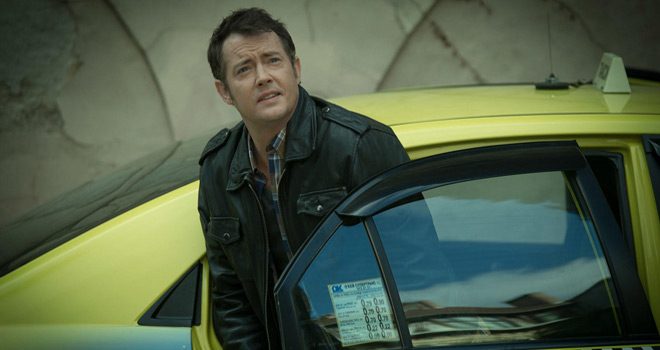 Starring Robert Englund, well known for his role as Freddy Krueger in the A Nightmare on Elm Street series, there is not a Horror aficionado alive who cannot conjure the visual of the disfigured man and the black glove with metal skeletal fingers. Here, Englund sheds his Kreuger skin and dons an unexpected role as Jacob, a blind man chockful of mind-boggling secrets. Additionally, Jason London, well known for his role as Pink in the 1993’s Dazed and Confused, plays the role of a nightmare-plagued ex-LAPD cop Brett who is in search of a new lease on life and a release from the nightmares that dominate his dreamscape.

It all begins with an aerial view of a lapis lazuli river of water complete with twists and turns reminiscent of life experiences while twinkling with embedded stars of sunlight. Then, in a blink of an eye, the audience sees a man later to be known as Brett, sitting on a porch surrounded with gourds of every size and shape conceivable with a ceramic cup in hand, appearing visibly shaken.

Brett’s friend approaches him, armed with a case of brew, and attempts to get him into a sunnier disposition with well-intentioned humor. It falls flat. His friend offers an option of a walk to clear his mind for it is crystal clear that he is trapped in a downward spiral. From here, the audience is in the mental vice grip of his personal demons and shares his pain. 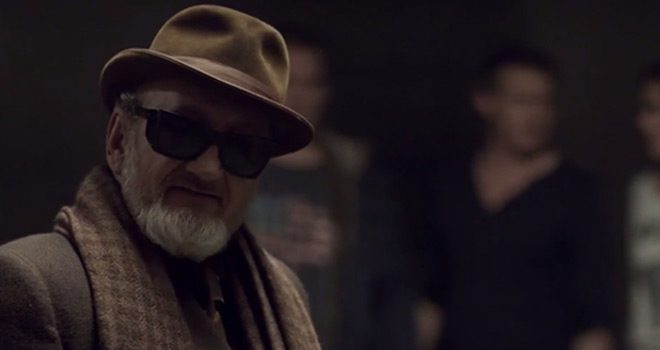 During sleep, Brett’s mind is imprisoned in a nightmare landscape that replays itself each night in vivid detail with slight variations on the same theme – the gruesome and brutal suicide of his wife. The viewer senses the depth of his desperation and horror. Despite this ongoing Groundhog’s Day-like nightmare, he refuses to leave the house where they lived as a couple for he is clinging desperately to the nostalgic memories of the past. However, after one particular harrowing dream, he mentally flips a switch and makes plans to leave everything behind. He takes a flight to Sofia, Bulgaria to interview for a position as security with an undisclosed firm. Bulgaria holds a promise of a new future and a key to freedom from his nightmares, or so he thinks.

As the story unfurls like a scrollbar, Brett joins forces with Jacob, the blind man who knows the secrets of the building and together they commence on a mission to save the world from malevolent forces. The end will shock you and leave you wanting more. Don’t worry, there is plenty more to follow – there are six more gateways to go!

Nightworld unequivocally examines the existence of the otherworld with a realistic eye. If you were an unbeliever of the afterworld you are guaranteed to be a convert at the end with the unveiling of the events that made everything seem plausible. In fact, few movies have treated the realm of the dead with such realism. It is a thought-provoking piece. It raises the question that looms large in the mind of many, what would actually happen to life as we know it if the dead were actually able to slip on through holes and enter our plane of existence? A shudder runs down the spine at the myriad of possibilities, and Nightworld explores this idea in a mesmerizing way. 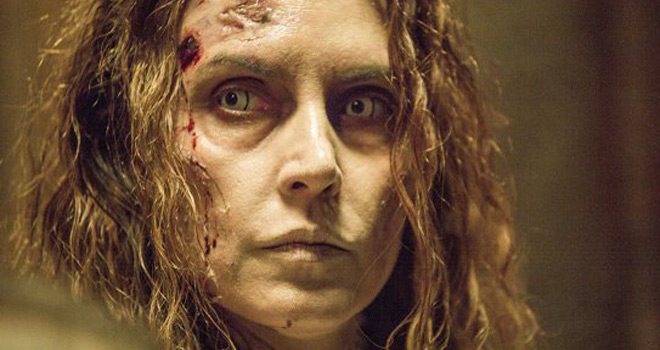 A convincing cinematic piece, the scenes are dark, leaving the audience jumpy at every sound and movement! Along with carefully choreographed music for each scene, viewers see Robert Englund and Jason London are versatile actors as they infused their characters with heroism. Those looking for a Horror flick to really sink their teeth into, do not pass up on Nightworld. For these reasons, CrypticRock gives this movie 5 out of 5 stars. 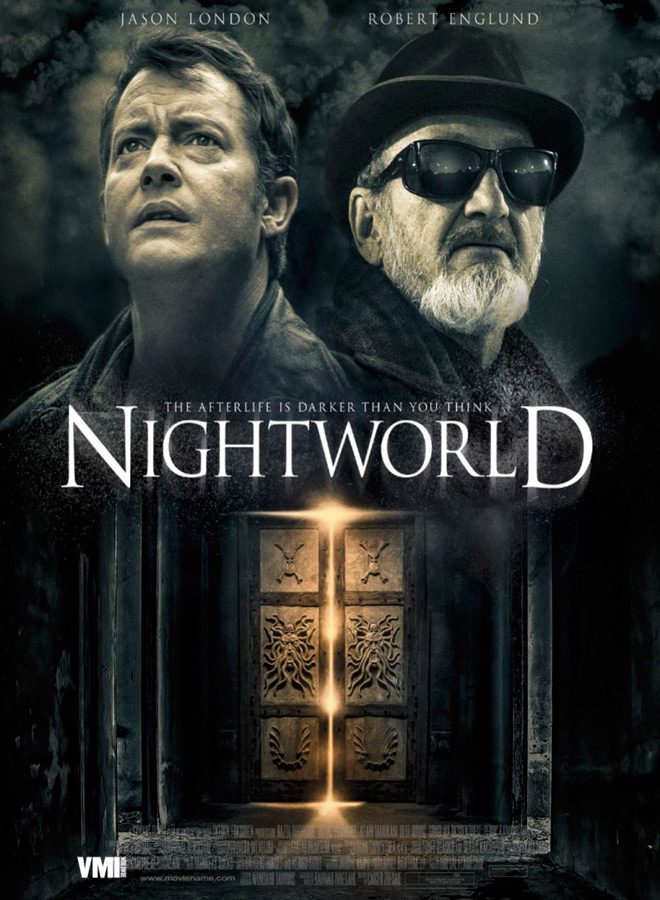