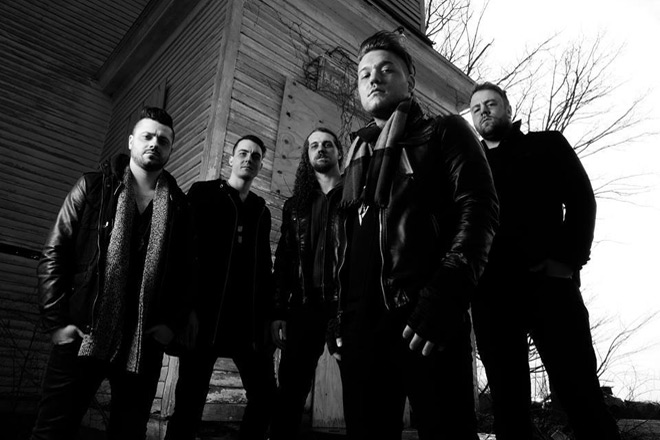 Cleveland, Ohio’s Nine Shrines are a group of hard rocking outcasts that have bonded over their mutual aim for world domination and the unrelenting need to build sonic shrines. In the very loosest sense of the term, one might say that this is a Metalcore band from the Midwest, and yet “Metalcore,” these days, encompasses so many things and yet defines nothing at all.

Instead, let us say that these guys play melodic Hard Rock with the ballsy Metal grit of bands like Asking Alexandria, the soaring melody of outfits like Red, and the darkly infectious lyrical content of more synth-happy rockers like Mudvayne. This cross-genre fabulousness might explain how it is that these guys have already shared stages with the truly eclectic likes of Volbeat, Halestorm, Tantric, Smile Empty Soul, Sick Puppies, Adelitas Way, Nonpoint, Hinder, Cane Hill, and A Killer’s Confession. Basically put: these Ohio boys know how to rock and they do it across genres!

Nine Shrines – Vocalist Christopher Parketny (formerly of Strangers To Wolves), Guitarists Andrew M. Baylis (formerly of Life On Repeat) and Evan McKeever, Bassist Devon Voisine, and Drummer Andrew J. Wetzel (formerly of Attack Attack!) – released their debut EP, Misery, via Mascot Records back on April, 21, 2017, and have been busy blowing up music-playing devices (remember stereos?) ever since. The five-song collection proves without a doubt that this is a band not to be missed!

“Bend” builds into an explosive sound that is all thunderous sonics weaving around the melodic yet gritty vocals of Parketny. Lyrically depicting the devious, downward spiral of a relationship fraught with treacherous lies and vile games, this is the perfect example of Nine Shrines’ talents. Vicious “King of Mercy” – which has a killer video available for your viewing pleasure on YouTube – sees Parketny soaring toward the upper registers of his vocals throughout the performance. Delicious gang vocals pepper the choruses here, while there is a spoken word bridge that is spine-tingling in all the very best ways.

There is pulverizing bass throughout the entire EP, but nowhere more prevalent than on the infectious “Parasite,” another superb representation of the band’s hard rocking sound. Set to the languid pace of a savage hangover, “Lost” paints the picture of a car crash leading to family members dressed in black. There is a darkness, a sadness; the metaphorical loss of a relationship due to the most tragic of circumstances. Meanwhile, “Misery” is the middle finger to Schadenfreude and its practitioners that delight in the torment of others; an explosively heavy rocker that will have audiences tossing up the Metal horns in oxymoronic glee.

Explosive, delicious, infectious, soaring, and a zillion other adjectives, as well, Nine Shrines are a young band with an endless array of thesaurus-worthy talents. They are, in short, not to be missed and the Misery EP is anything but depression-inducing, Prozac-requiring pain. Anxiously awaiting the band’s first full-length and singing their praises out loud, CrypticRock give Nine Shrines’ Misery EP 5 of 5 stars. 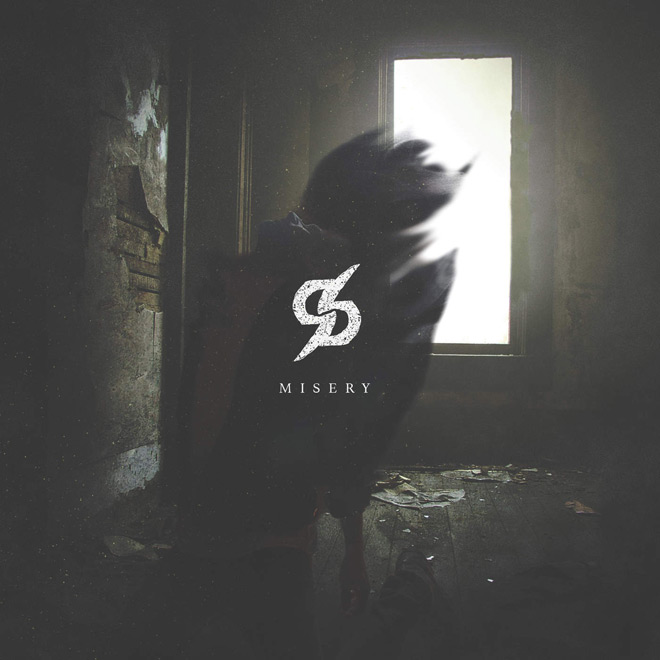