During the 1990’s, a new branch on the tree of rock n roll grew to extraordinary heights with grunge rock. A leading force in the movement was the now legendary band Nirvana fronted by Kurt Cobain. Their sophomore album Nevermind (1991) is a landmark in rock n roll history which helped catapult Nirvana’s career. Two years later, the three-piece band released In Utero. Less than a year after the album’s release, Cobain tragically took his own life; abruptly ending Nirvana, making In Utero their final album. To help honor In Utero, Universal has released a special 20th Anniversary Edition of the album. 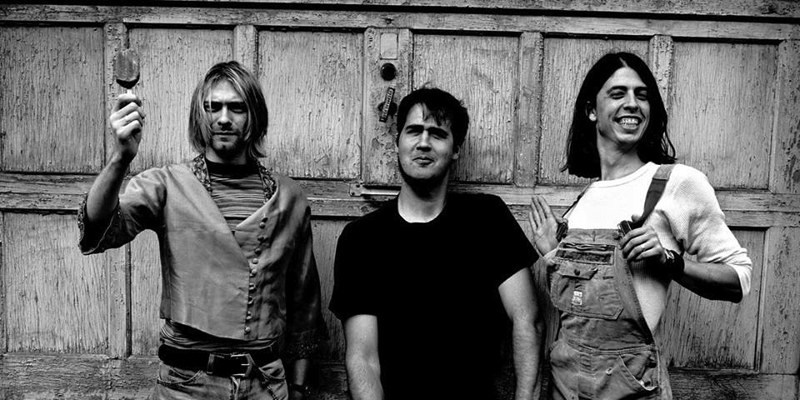 This special edition of In Utero is a beautiful tri-fold digipak with expanded artwork and 2 CD’s with plenty of bonus material. The expanded booklet includes some excellent band photos and a thoughtful retrospective tribute by comedian Bobcat Goldthwait, which spent some time with Nirvana during the In Utero touring cycle. Disc 1 includes a re-mastered edition of the entire In Utero album, 7 B-sides, and bonus tracks. While the original record was only 20 years ago, there are subtle changes in the re-mastering of the tracks. To a keen ear, one thing which stands out is the record seems slightly more subdued and polished with Cobain’s vocals turned down as well. While this may upset some fans, it is a different take on the album which is well worth listening to.

Directly following the re-mastered In Utero are B-sides and bonus tracks including international bonus track “Gallons Of Rubbing Alcohol Flow Through The Strip” never released in the USA. Also included is a 2013 mix by Steve Albini of “Sappy” off the No Alternative (1993) benefit compilation and “I Hate Myself And Want To Die” off The Beavis And Butthead Experience (1993). Disc 1 closes out with two original mixes by Albini with “Heart-Shaped Box” and “All Apologies”. It is fascinating hearing these alternative mixes all these years later which were never made public until now. Albini’s mixes appear to let the songs breathe very naturally with little to no effects on Cobain’s vocals on both tracks.

On the 2nd disc we are given Steve Albini’s 2013 mix of In Utero. These editions of the songs are crisper, more polished, and sound much more modern. Again, while many may prefer the original mixes of these tracks, these 2013 mixes sound excellent and really allow the production and engineering of Albini to shine. While certain tones are faded slightly, others are more pronounced; adding depth to each song.

The 43 song collection is rounded out by a series of mostly instrumental demo records off In Utero. You are given a raw listen into the making of these classic tunes as if you were in the studio with the band. For those eager to hear something new from Nirvana, the song “Forgotten Tune” fulfills that need. This is a raw heavy jam, an instrumental track long forgotten and rediscovered by the surviving members of Nirvana graciously including it in this package for fans to hear.

While much has changed in the world of music in the past 2 decades, In Utero still sounds fresh all these years later. Nirvana’s recent induction in the Rock and Roll Hall Of Fame seems only fitting judging by the impact they had on music. This package is a magnificent addition to any Nirvana fan’s collection eager to hear some new mixes and pay homage to the final album in the band’s legacy. CrypticRock give this album 5 out of 5 stars. 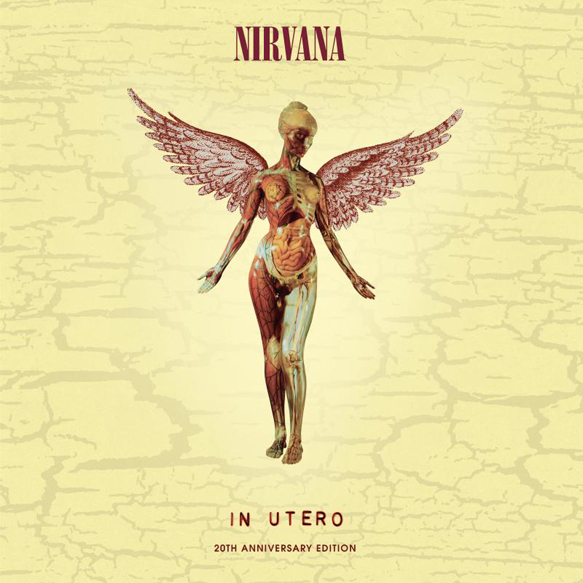