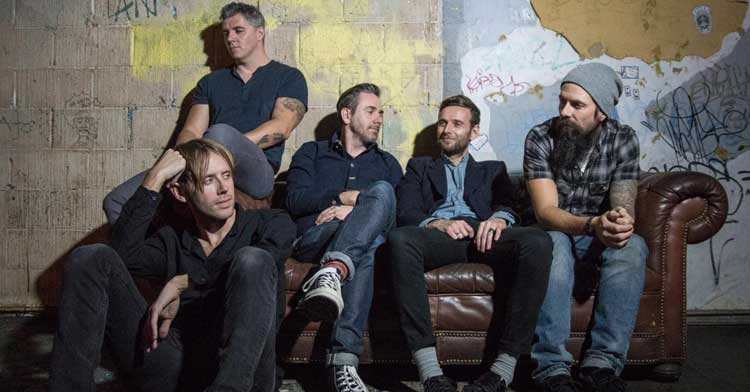 When the ’90s-forming Welsh Alternative Rock band Lostprophets had to disband in late 2013 because of the conviction and consequent imprisonment of its vocalist for a heinous crime that the other members were not involved in and, accordingly, did not know about, the innocent members had to move on by dissolving the group and forming a new one. That was a challenging move, but certainly a wise one, so that they could dissociate themselves from the inevitable negative impression that their erstwhile bandmate and band’s name had earned for all of them. It may be seen also as a sort of a cleansing, rebirthing, and reassessment process for them, both musically and personally as individuals. And true to their expressed intent, the members who soldiered on emerged officially in June 2014, but not without a new vocalist, a new name, and a new sound. Obviously reinvigorated, with a new sense of determination and a new musical direction, the band known now as No Devotion hits the scene once again. They are armed with a stylistically cohesive debut album that, as described by the band’s new vocalist himself, has the influences of Joy Division, New Order, and The Cure—a description that any New Wave enthusiast will definitely not disagree with after giving the album a good listen.

Permanence opens with the synth-heavy, Ian Curtis/Paul Banks–invoking midtempo “Break,” which sounds like it was bathed in the brooding laments of Joy Division’s Closer (1980) and The Cure’s Disintegration (1989). Play it after Joy Division’s “Something Must Break” and The Cure’s “Plainsong,” and one gets the drift. The somber mood then flows into the wiry guitar plucks of the next song, “Permanent Sunlight,” which immediately explodes into an engaging frenetic energy of Shoegaze proportions. Then there is the dancefloor stomper “Eyeshadow,” basking in the shadow of the New Order style that finds Sumner and the gang in their guitar-oriented Get Ready phase. Following next is the Synthpop ballad “Why Can’t I Be with You?”, the album’s melodramatic moment that starts with a flute-like keyboard sound and then bursts into a chorus drenched with a wall of guitars. This guitar outburst continues with “I Wanna Be Your God,” which recalls the lyrical pomposity of The Stone Roses’ “I Wanna Be Adored.”

A slow and short instrumental, “Death Rattle” is a change of vibes; yet the punchy rhythm and the heavily textured grating guitars remain relentless. “10,000 Summers” begins with the spirit of Duran Duran (via “The Reflex” and “Notorious”) and then takes the listener to Emoland—a tartaric concoction of flanger-effected guitar plucks and distorted single-note drones, galloping basslines and drum beats, subtle-but-sticking-out-in-the-mix glassy keyboard melody, and heart-wrenching vocal delivery. It has a sweet-and-sour intensity that places No Devotion in the league of bands like Hum (“Stars”), …And You Will Know Us by the Trail of Dead (“Relative Ways”), 30 Seconds to Mars (“From Yesterday”), and Switchfoot (“Stars”).

“Night Drive” dwells on a pulsating synth line, looping guitar arpeggios, big drum sound, and reverb-soaked vocals, all of which conjure memories of similar sonic vapor trailing by the English band Ride. The next song, “Stay” finds No Devotion in its most Pop-sounding, owing to the catchy choruses and vocal melodies that evoke aural impressions of Morrissey’s “Staircase at the University.”

“Addition” is another song with the DNA of New Order, Get Ready era, that is worthy of the proverbial 60-miles-an-hour party motion on the dance floor. Finally, Permanence wraps up grandly with “Grand Central,” in a joy of crystalline and saccharine instrumentation highlighted by an explosion of guitars that is balanced out by the hypnotic spirals of synthesizer strands.

At first impression, the listener might say that the music of No Devotion is a complete turnaround from the sonic styling of its primary members’ former band. However, upon deeper inspection, the listener should still be able to glean vestiges of the Emo angst and predilection of the band’s predecessor, masterfully mixed with their New Wave and Shoegaze influences. All these are what gives No Devotion its original shade and familiar flavor of identity. CrypticRock gives Permanence 4 out of 5 stars. 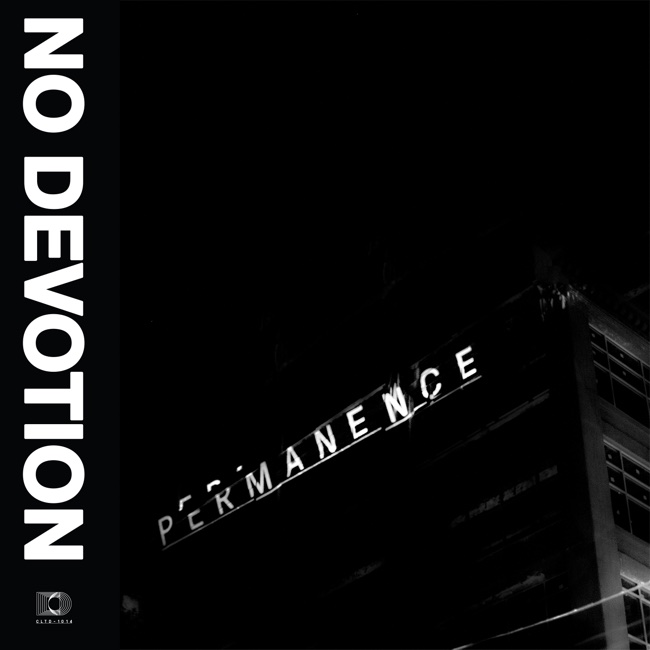