No Doubt Still Reigns With Tragic Kingdom After 20 Years

October 12, 2015 No Doubt Still Reigns With Tragic Kingdom After 20 Years 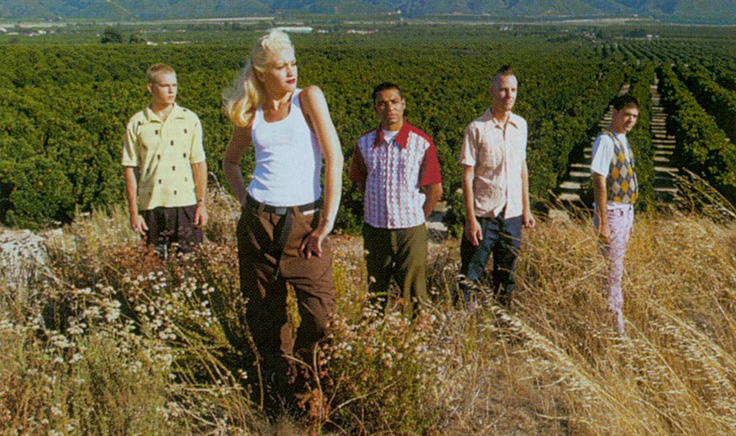 In 1986 some kids from Anaheim, California had an idea. This idea was to bring a new kind of music fusion to the forefront of the scene and have a good time doing it. From there it became a shuffle of members, sounds and emotions as No Doubt worked to develop their sound and presence with their upbeat brand of pop/ska/punk rock in a scene inundated with grunge. So, Gwen Stefani (vocals), Tony Kanal (bass), Tom Dumont (guitar), Adrian Young (drums), Eric Stefani (keyboards/piano), and Phil Jordan (trumpet) worked that much harder to make their mark. In the midst of their revolving member replacements and struggles to impress their new label, Interscope Records, there was the relationship between bassist Tony Kanal and frontwoman Gwen Stefani. After seven years of music and mayhem, Kanal and Stefani’s relationship ended. While this could have been the end of the story, in other bands and situations this would mean that one or both of them would leave the band in embarrassment or awkwardness, they persevered. Instead of folding under the weight of it all, Stefani took pen to paper to pour out her pain and in the most uncertain of times for the band with the new label pressures and the eruption of the relationship, it was actually Stefani’s ability to channel her angst that saved them all.

Tragic Kingdom was released on October 10, 1995 on Trauma Records, a subsidy of Interscope Records. Rife with songs that lamented Stefani’s turmoil following her breakup with Kanal, the album acted as the catalyst that launched the band into the spotlight and was RIAA certified gold in the US and even went platinum in the UK. The album sparked a 90s ska revival that brought the style to the forefront of the conversation at the time and inspired more record labels to take chances on ska artists. Seven singles were released from the album from 1995 to 1998 including, “Just A Girl,” “Spiderwebs,” and the heartrending “Don’t Speak,” which spent 16 weeks at number one on the Billboard Hot 100 Airplay and received a Grammy nomination for “Song of the Year.” Now, Tragic Kingdom turns 20, we take a look back at the album that became a phenomenon and part of rock history.

While it would be easy to go track by track and analyze each song for content and character, it sucks the life out of record like this. So many others have taken the time to dissect and inspect this record that there is little that can be said that hasn’t been already. So, why not look at its impact? Spawned from the jilted heart of a young Gwen Stefani, Tragic Kingdom worked to express not only her frustrations and pain, but it gave a voice to the misfits and outsiders of the world. Having sold 16 million copies by 2004, the album made the rounds to the ears and hearts of the 90s kids worldwide.

The composition of the album varies as the majority of the writing was done by Gwen while the band as a whole did much of the composition, but there are several tracks like “The Climb” and title track “Tragic Kingdom” that were mostly or entirely the responsibility of her brother, then- keyboardist Eric Stefani. The discrepancies between the No Doubt collective and the Stefani singularly composed tracks is staggering when directly juxtaposed. Known and revered for their ska/punk/reggae sound, No Doubt established the world’s expectation of them with the release of “Just A Girl” as the lead single from Tragic Kingdom. Then, the almost flamenco-laced guitar of “Don’t Speak” added another flavor to their mix while still encouraging fans and newcomers to indulge in their rich culture and variety of sound.

“Happy Now?” is a biting and direct shot. Unlike its compatriots on Tragic Kingdom, this song kicks things off right away with “You had the best/But you gave her up/’Cause dependency might interrupt.” It doesn’t get more specific or intense than that. She is calling him out and questioning his decision-making, raking over the open wounds and defying the norm. Here she is saying, “you won’t do better than me and I defy to say you will.” As far as heroism goes, this is pretty ballsy move in championing your own cause.

On Eric Stefani’s tracks, there is a shift in not only the arrangement of the instruments but in the overall tone as well. “The Climb” is a slower, and in many ways, more somber song that seems to slow the album down mid-step. It is thick with a piano bar or “jazz joint” feel in the way Gwen has to sing the lyrics and the metered and deliberate pace of the drums and guitar. It feels strange given that it is preceded by “Spiderwebs”, “Excuse Me Mr.” and “Just A Girl.” At the end of the album, the closing title track “Tragic Kingdom,” is a bizarre Disneyland dystopia that feels more ominous despite its attempts to infuse the ska/punk flair. This is not say that it is a disaster, on the contrary, the disjointed effort is an interesting melodic change for the band and has a futuristic cataclysmic feel to it that makes it intriguing.

Now, as for the bulk of the album the soul of it comes from a place of uncertainty for the female Stefani. She wavers back and forth between heroine and hostage when it comes to her emotional duality as projected in the lyrical content of Tragic Kingdom. In “Spiderwebs” we see her struggling through the “web” of uneasiness that comes from trying to make a clean break in a sticky situation. Then, in “Excuse Me Mr.” she is working to get the attention of a man (likely Kanal given the album’s theme) and begging him for a moment of his time, compelling him to really stop and think about what he’s doing by continuing to pass her by. She laments her position in the a helpless way singing,”It’s almost as if I’m tied to the tracks/ And I’m waiting for him/ To rescue me.”

As soon as you’re about to write this off as another lovesick, “woe-is-me” record rife with the tears of another jilted woman, “Just A Girl” rings out and snatches you by the ear. This song was significant ripple in early third wave feminism in the 90s, with women blaring it in their cars and MTV choking the life out of its playable air time, striking while the iron was searing hot. Stefani wasn’t taking any shit anymore. With “Just A Girl” she put an adorable and badass tilt on the image and perception of women in not just music, but at home and in everyday life. It was the siren song of every woman and girl that felt undermined and oppressed by their peers, their lovers, and even their friends. The satirical and biting tone of the song and the accompanying full-frontal assault of energy in the video from Stefani makes this track stand out.

When “Don’t Speak” was released it didn’t race up the tracks like “Just A Girl,” but the soon-to-be breakup song of the decade did make a significant impact. Just as she had become the figurehead for the girl revolution, Stefani was faced with bearing the burden of giving a voice, dignity, and an unintentional eloquence to surviving heartbreak.Written alongside her brother Eric, Gwen penned and arranged the ballad detailing her split from Kanal with a Spanish guitar-tinged taste that adds a layer of depth to the song.

So, while Tragic Kingdom has aged with grace, reaching 20 years since it cracked open a genre, its intention and messages remain just as fresh as they did in 1995. Defining yourself, being your own advocate and owning your own pain are things that never go out of style and only become more refined with time. Since Gwen Stefani lanced her wounds and bled out on record, Tragic Kingdom has found its place in the cd player and hearts of fans for the last two decades. Everyone has a past, but more importantly, a future, and as time goes on the future of No Doubt may be uncertain but the past is immutable. Tragic Kingdom is important and immutable to millions of fans around the globe and it is its timelessness that keeps them coming back in their time of need. Feeling nostalgic or down? Pay a visit to the Tragic Kingdom and let Stefani and company show you the way back to where it all started. 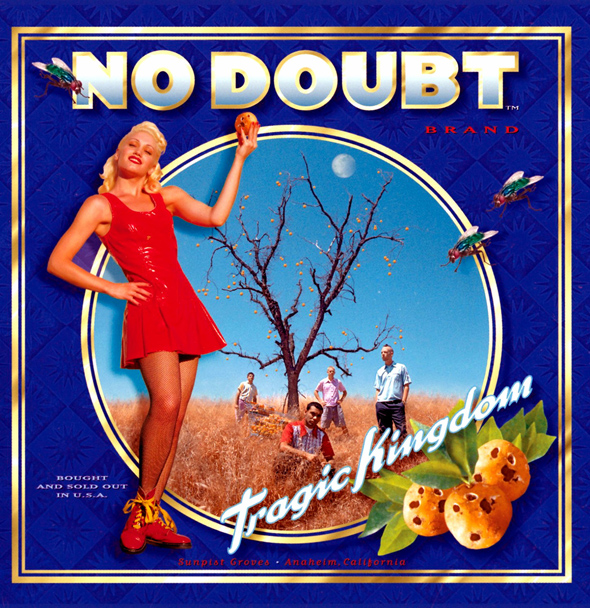