Raw talent is an aspect of the music industry that has become scattered and scarce, with the occasional surprise right around the corner. For Swedish Alternative Rock band Normandie, talent is not hard to find. Cultivating the minds of listeners instantly, this four piece has gotten a running start to their already thriving career. Forming back in 2013, Vocalist Philip Strand, Guitarist Håkan Almbladh, Bassist John Löfgren, and Drummer Jesper Malmberg intertwined their mellifluous expertise in hopes of finding success for their group. While triumph is already well on its way, dedication and cohesion for music certainly shines above all else.

Paving the way, Normandie released singles here and there, giving insight to what the group was all about. Followed by a self titled EP in September of 2013, the ensemble gained even more recognition for their intense songs and clear musical talents. Now three years later, the full-length debut of Normandie lies with Inguz. Released to the public March 11th, via InVogue Records, the group decided to include a part of Swedish Culture when naming the album; Inguz stands for a Viking rune which embodies a new life phase. Packed with ten empowering songs about enlightenment and courage, Normandie hopes to take listeners on a journey of inspirational self-realization.

Breaking in Inguz with “Fight,” a track that clearly defines Normandie and what they stand for, it only gives a taste of what is yet to come. The song features powerful vocals with solid instrumentation. With occasional chanting and heavy guitar riffs, this track embodies competence. Next off the album, “Awakening” showcases emotionally enriched lyrics with spurts of electronic backgrounds, while combining with soaring harmonies. This song is about embracing the past in hopes of achieving awareness.

With a light intro contradicting a cleverly written upbeat piece, “Collide” talks about hope and fighting for what you want. Alongside a music video showcasing the song, this track is a work of instrumental genius. With melodies that will seep into your brain, listeners are sure to be hooked. Another story told through a music video, “Believe” highlights raw emotions, found in not only the lyrics, but vocals and orchestration as well. With a violin counterpart, woe can be heard and felt all around. New context can be found with each subsequent listen, interpreting the lyrics however the listeners please.

Up next, “Loop Hole” sends listeners into a spiral, making a shift in the intro. The song is about doing what you want and sticking with it. Featuring heavy guitar parts and sporadic electronic backgrounds, the song is filled with bold musicality. Starting out slow and cautious, “The Deep Cold” is about having faith. From start to finish, this track is an introspective delight, combining mystifying and daring vocals with Electronic background parts.

Jumping ahead, “Calling” is upbeat right from the start, with fast, meticulous drum and guitar instrumentations, as well as spunky Techno rhythms. This track is about listening to your inner nature. Creating a shift in the album, “Starting New” showcases the more Pop side of Normandie, being about starting over again. With breathtaking harmonies and catchy lyrics, the song highlights an impressive guitar solo, and shows a complete different side of the band, displaying an array of talent.

With a Retro introduction, “The Storm” takes a step forward with the group’s sound introducing new methods within orchestration. This track highlights strong lyrics about being there for someone who needs you, and a well-composed guitar solo. The perfect way to close out the album, “Epilogue” wraps up Normandie’s thoughts and hopes. This track is about overcoming obstacles and coming out stronger than ever. A slow and inspirational ballad, the group has outdone themselves, leaving listeners awestruck and wanting more.

Normandie has raised the bar even higher for themselves, and for their music yet to come. An album packed with diversity, there is sure to be something for everybody within all genres. Inguz is sure to be one of the most intriguing albums of the year thus far. With powerful melodies and lyrics, alongside richly textured instrumentals, it is highly recommended for all musicians and listeners alike. CrypticRock gives Normandie’s Inguz 5 out of 5 stars. 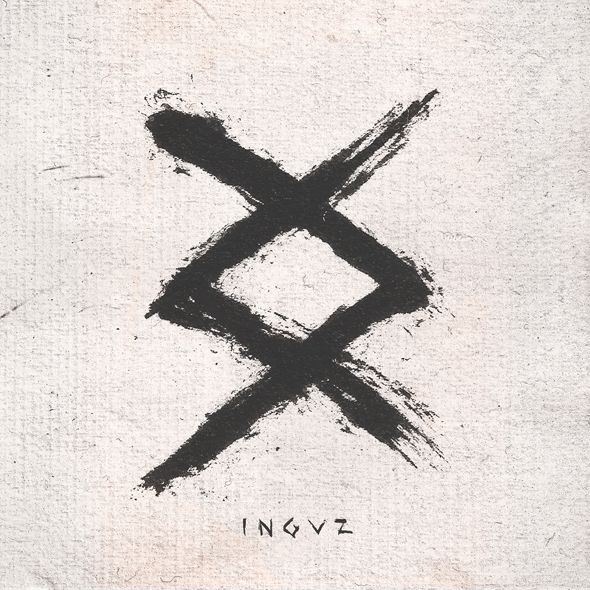