Nothing More – The Stories We Tell Ourselves (Album Review)

December 26, 2017 Nothing More – The Stories We Tell Ourselves (Album Review) 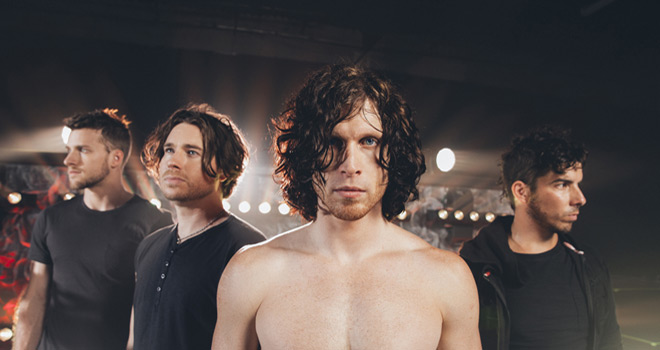 Ask yourself: do you feel safe in the world you have created? Released on September 15, 2017 thanks to Eleven Seven Music/Better Noise Records, Nothing More’s The Stories We Tell Ourselves was heralded with much fanfare from a world that wants so badly to revel in chemical lies, blissfully ignorant of the finger of shame waving in their little, plebian faces. Ask yourself again: do you truly believe the reality you have created?

Hard Rockers Nothing More have built an impressive reputation for themselves over the past fourteen years. Formed in San Antonio, Texas in 2003, the band spent a large chunk of their early career recording independent albums, 2004’s Shelter and 2007’s Save Me/Save You serving as prime examples. Then came the decision for long-time Drummer Jonny Hawkins to move to the lead vocalist slot, debuting his new role on the band’s third release, 2009’s The Few Not Fleeting.

A deal with Eleven Seven Music would follow for the band’s fourth release, 2014’s self-titled Nothing More. Marking a major breakthrough for the band, the album boasted the chart-topping singles “This is the Time (Ballast),””Mr. MTV,” “Jenny,” and “Here’s to the Heartache.” With commercial success came the ability to tour the world, and Nothing More have since shared stages with the likes of Disturbed, Chevelle, Five Finger Death Punch, Volbeat, and Shinedown.

Now, in 2017, the picture is reshaping itself yet again with the band’s their latest album, The Stories We Tell Ourselves. An eighteen track collection that was produced by Hawkins and his bandmates, the album is not-yet four months old and already nominated for three Grammy Awards: Best Rock Song and Best Rock Performance for “Go to War,” as well as Best Rock Album. This is, quite honestly, a phenomenal tip of the hat to the talents of Nothing More – Vocalist/Percussionist Hawkins, Guitarist Mark Vollelunga, Bassist Daniel Oliver, and Drummer Ben Anderson – who are just beginning to come into their own and craft undeniably enlightened Hard Rock.

Sonically, Nothing More are blistering bass-lines weaving around stellar guitars and drum work, all supporting the soaring emotion of Hawkin’s vocal theatrics. Lyrically, they touch on the upper echelon of awareness – socially and personally – expressing reflections on humanity and inner struggle, all wrapped up in the enveloping kiss of an artistic soul. Which, in a much less flowery sense, is to say that Nothing More are artists, one of a declining group of musicians who still embrace the actual art of their craft.

Before delving into The Stories We Tell Ourselves fully, it is worth noting that throughout the entirety of the collection, there are a multitude of interludes containing audio clips from British philosopher Alan Watts, exploring Jungian ideas about rage, power, change, and self-awareness. The idea here is to provide thought-provoking and insightful spoken word interludes as seamless transitions between song tracks, and it works beautifully to inspire and lift the material to a new level.

After one of the above pieces to ponder, “(Ambition; Destruction),” the Grammy-nominated collection begins with a heavy bass groove that explodes into rocking third single/video “Do You Really Want It,” where the stellar, gritty vocals of Hawkins proclaim socially aware lyrics that point the finger at the hypocrisy of our American demons that, at this rate, we will never shake. “Everybody wants to change the world / But one thing’s clear / No one ever wants to change themselves” is a painful, humanizing truth indeed.

There is a funky sonic breakdown amidst the blatant contempt in “Let ‘em Burn,” a search for truth amongst the money and lies, fear for the left and fear for the right. It flows flawlessly into “Ripping Me Apart,” a more personal commentary that reads like a nightmare and yet has a danceable quality, a seductiveness that harkens back to the early days of, say, Tool.

Blurry, funktastic self-motivation is at the core of “Don’t Stop” – the second single/video, featuring guest vocals from Jacoby Shaddix of Papa Roach – something deliciously experimental that is peppered with fat bass-lines and superb musicianship that weave a spell around Hawkins’s cathartic releases. This is a promise to never drink the Kool Aid, and to always fight the good fight! It moves the boys into fast-paced rocker “Funny Little Creatures” – one of two tracks co-written with Sevendust’s Clint Lowery – an exploration of the hypocrisy that lives within each of us, our inner-“Do as I say and not as I do,” if you will. After all, humans truly are funny little creatures, aren’t we?

Explosive bass ripples throughout “The Great Divorce,” a dichotomous divide between love and hate, respect and indifference. While this is not necessarily about a relationship, the following track, “Still In Love,” embraces a more ethereal sound to express the dissolution of a couple and, despite its endings, Hawkins is very much still attached. Together, the pair of tracks seem to speak volumes on the vocalist’s personal struggles of the past few years.

“(Alone;Together)” is an instrumental interlude that continues the more ethereal, sonic approach set forth in its predecessor, building toward the Heavens and lamenting our loss of togetherness, couplehood. It is the perfect juxtaposition for its follower, first single/video “Go To War.” This deliciously pulsating rocker sounds like a sonic dream and yet sings of cold wars wherein we try to wait one another out, only to scream loudest at the ones we love, and forget what is truly worth fighting for in this world. It is a splendid culmination of frustration, mocking our failure to be as one; instead, spending our time alone together.

The beautifully delicate acoustics of “Just Say When” are a respite from the boisterous frustration, and yet, Hawkins continues to confess candidly about his doomed relationship that burned out its hopes for the future. It moves into “(Accept;Disconnect),” a guitar-laden instrumental with an audio clip that speaks gently of change, and being unable to embrace that change unless we are willing to fully accept it. This, in turn, flows into meandering rocker, “Who We Are,” a statement that there is a possibility for change, there is always hope.

The second track co-written by Sevendust’s Clint Lowery, “Tunnels” sees Hawkins seated at the bottom of that pathway, singing of a world caving in upon his shoulders and yet his refusal to relent to hopelessness. “(End;Begin)” is, therefore, the instrumental continuation of its predecessor, a synthetic journey from the depths of the tunnel to embrace the power of hope and change. It all leads beautifully to the epic conclusion of The Stories We Tell Ourselves, the poignant “FadeIn/FadeOut,” an over six minute exploration of the circle of life, a legacy told through the eyes of a son observing his father as he ages. Emotionally driven and tingling to the soul, Hawkins sings, “I have watched you fade in, you will watch me fade out. . . Go and find your way . . . Never settle, make your mark. Follow your heart.”

The beauty of Nothing More’s social and personal awareness is that their broad-reaching views are embedded in poetic catharsis that points the finger at the entirety of society as well as the self; there are no party lines drawn here, merely commentary aimed at a hypocritical, pathetically apathetic society that has learned to delight in its own floundering failures and celebratory hopelessness. So, in fact, The Stories That We Tell Ourselves are all delusions of grandeur, hallucinations of success in the repeated face of ignorant failure.

As an album, it is a sonic collection that runs the gamut from cathartic screams to acoustic whispers, explosive bass to soaring vocals that weave keen insight and daunting truth throughout every delicious word. An impressive collection that raises questions it never intends to answer, The Stories We Tell Ourselves is a beautiful offering from one of today’s brightest Hard Rock outfits. For these reasons, CrypticRock give Nothing More’s The Stories We Tell Ourselves 5 of 5 stars. Now, ask yourself: are you willing to face fear head-on and be the change you wish to see in others? 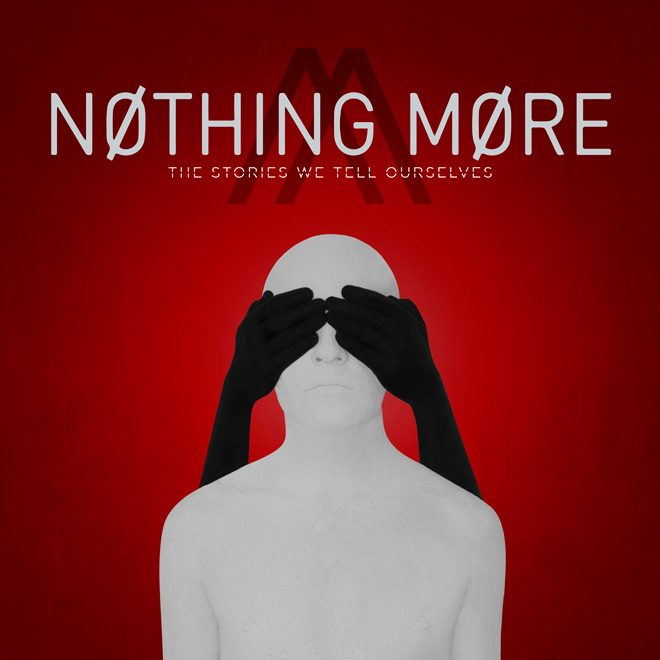 Purchase The Stories We Tell Ourselves: