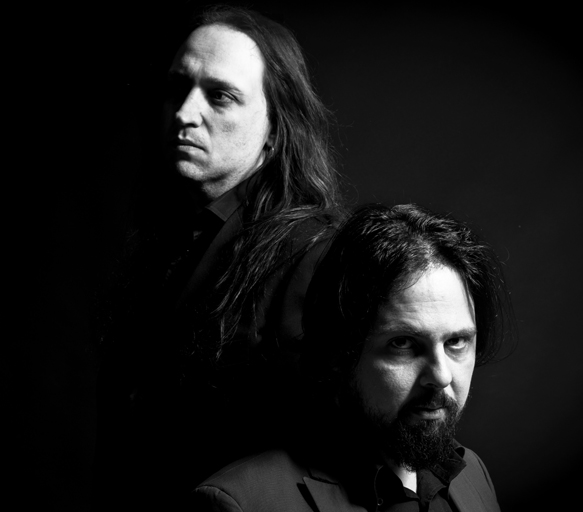 Since their start over twenty-five years ago, Italy’s Novembre has become a undeniable entity within the international Metal scene. Originally begun in 1990 as a Death Metal act known as Catacomb, shortly thereafter, the Rome based band changed their name and their music has continued to evolve ever since. Debuting in 1994 with Wish I Could Dream It Again…, the band would soon find an audience by the time they released 1996’s Arte Novecento, regarded in the underground as a hidden gem. Bringing a sound that many would say is reminiscent to Sweden’s Opeth, their Century Media released Classica in 2000 further grew their following.

The progression did not stop there, and perhaps one of the band’s most distinctive turning points came with 2001’s Novembrine Waltz. Working hard to continue to push their sound, they quickly followed up with Dreams D’Azur in 2002, which is basically a re-recording of their first album; uniting their old songs with their evolved sound. Taking a few years to tour and refine their sound, they released Materia in 2006 via Peaceville Records. This time around, Novembre’s music featured a Prog-Rock sound with more harmonies and cleaner vocals as they experimented with the range of their musical talents. Their next album, 2007’s The Blue, saw somewhat of a return to their Death Metal roots as they melded it with their Progressive music, creating a rather unique sound.

Now nine years later, Novembre return with a new lineup and a fresh sound for their eighth studio, URSA – an acronym for “Union des Républiques Socialistes Animales” – the title of the French translation of George Orwell’s Animal Farm. The newly resurrected Novembre is led by Vocalist Carmelo Orlando, bringing his diverse musical talent to the fore through additions of keyboard and guitar. Joining him is long-time bandmate and talented guitarist, Massimiliano Pagliuso. For the recording of URSA, they enlisted Bassist Fabio Fraschini along with Drummer David Folchitto, and now fans curiously wonder what to expect from the album that was almost a decade in the making.

Starting off with “Australis,” there are sounds of the ocean and a soft guitar melody. This comes before moving into Folchitto’s crunchy drumbeats as Fraschini’s steady bass sets the tone, while an undercurrent of heavier guitar rises to the surface. Here Orlando’s clear vocals glide right in and harmonize well with the sound as he transitions between clear harmonies into growling vocals. Furthermore, Pagliuso displays his technical skills with his guitar, which complements Orlando’s vocals exceptionally well. Then “The Rose” opens with the clear and resonating sound of Orlando’s vocals before switching to Death Metal growls backed by a resonant guitar and rapid-fire drums. The switch between clear vocals and Doom growls alongside the variable-tempo music leaves the piece with a Medieval Doom Metal quality as Pagliuso again cuts loose with intricate guitar play.

With track number 3, entitled “Umana,” Novembre bring on a Prog-Rock guitar and soft vocals. The pickup of the drums herald the surfacing of anguished growling vocals, adding a depth and pained atmosphere to the piece. Here Folchitto’s drums really set the pace, while Fraschini’s rhythmic bass brings together the contrasting vocals. Thereafter, a quick-paced electric guitar with a galloping drumbeat kicks off  “Easter.” Allowing for Orlando’s harmonies to slip in seamlessly, the song maintaining a subdued quality with his harmonic aspects, every now and then, as he lets out with the gritty Doom growls.

Keeping up the momentum, title track “URSA” continues with the energetic guitar and while Folchitto slams out the beats. The Doom Metal growls fully erupt from Orlando, only to be temporarily reigned back in as the melodies are taken in a new direction without losing its pace. Like a shackled beast struggling to free itself from its bonds, the growling vocals rise to the surface throughout. This gives the image of a struggle while the clear vocals narrate the story through the lyrics.

Bringing the energy down to a simmer, “Oceans of Afternoons”comes on with a steady rhythm and heartfelt vocals as Orlando hops back onto the keyboard. Giving a feeling of a restless weariness, the beautifully written lyrics flesh out the atmosphere in this piece. Featuring a Goth Metal sound fused with Progressive Rock elements, “Annoluce” has a revitalizing atmospheric quality while the words fit flawlessly with the excellent harmonies and melodies. In addition, Pagliuso’s guitar riffs are top notch, creating an overall moving and passionate piece.

The longest track on the album, “Agathae” is another atmospheric fusion of different styles, indicative of the band’s maturity and range of skills. They really come together in this piece, bringing their musical talents to the fore as they take the listener on a journey with dark passages and blood-pumping drumbeats and looming bass play. The pace continues to pick up, reaching a crescendo, then brings the listener back down from the musical highs. Opening with Gothic, tingling guitar, “Bremen” slows things down before blasting into a fast-paced Metal sound. Featuring Fraschini’s walking bass flows with Pagliuso’s menacing guitar, Falchitto’s drums set the tempo. Through all this, the listener is exposed to the range of Orlando’s vocal talents. Aptly named, “Fin” is the culmination of the album’s intensity. On this finale, Orlando conveys a sense of anguish, loss, and bitterness through his vocals. Keeping things steady is Fraschini’s bass while Falchitto’s drums come to the fore with heady, quick-fire beats, and Pagliuso’s guitar adds emotional depth to Orlando’s vocals. Overall, it is a somber, yet vibrant piece that wraps up URSA fittingly.

Released on April 1st via Peaceville Records, URSA is a fusion of Death Metal growls contrasted by vocal harmonies and airy melodies, beset by Metal guitar and drums. At ten tracks and almost 65 minutes, URSA is a real treat for both fans and those new to their music. This latest album features many elements that is evidence of the band’s growth and maturation. With that said, get ready for a journey through the Doom Goth Metal harmonies of Novembre’s URSA. CrypticRock gives this album 4.5 out of 5 stars. 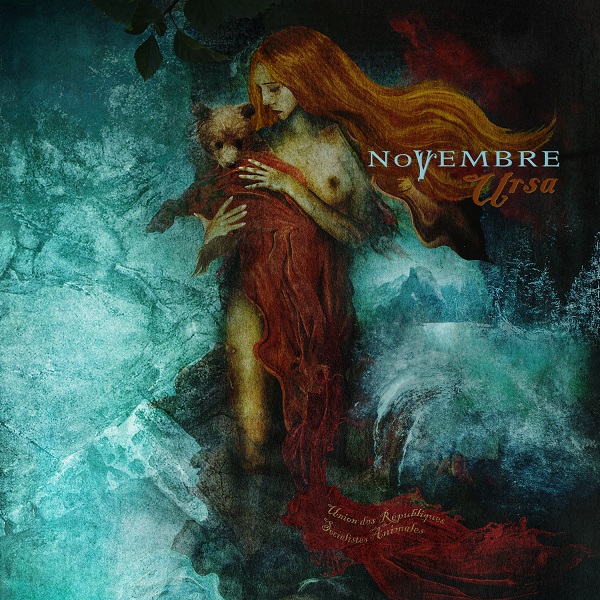