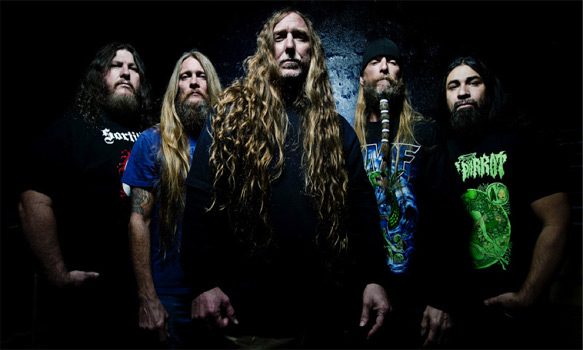 Obituary has come a long way since its inception, not only in regard to membership but more so with its musical development. While the American Death Metal band’s earlier works were brasher, rawer, and tinnier, much of its recent albums nonetheless have become much fuller and powerful, yet its overall music has remained as aggressive and abrasive as ever. After all, Obituary is one of the most successful, enduring, and influential bands in the genre.

Formed in 1984, in Florida, United States, Obituary weathered through all the lineup changes and industry challenges over the years, with founding members John Tardy (vocals), Trevor Peres (rhythm guitar), and Donald Tardy (drums) soldiering on, and joined currently by Kenny Andrews (lead guitar) and Terry Butler (bass). In their 33-year tenure, the hardworking band has released ten albums – from 1989’s Slowly We Rot to the newly unleashed, confidently self-titled offering.

Slated for release on March 17, 2017 via Relapse Records, Obituary’s first eponymous album is an unapologetic barrage of deathly and lively dissonance of sounds; albeit underneath the songs’ seemingly chaotic noise reside an order of structures and souls of melodies yearning to be heard.

Obituary starts straightaway with the merciless speed and insane blast beats of the aptly titled “Brave.” The dangerous chops continue on with “Sentence Day,” whose chordal rhythm-guitar shreds and lightning-bolt ad-lib may remind the initiated of the Thrash attack of Metallica’s “Hit the Lights.” Images of galloping horsemen raging to war then conjure up as “Lessons in Vengeance” blasts its way through the speakers. With the ensuing “End It Now,” the blacksmiths of Obituary then raise and start pounding their mjölnirs relentlessly in synchronicity – a cue for Metalheads to brace their necks and prepare their long-haired heads.

The mood slows down a bit with “Kneel Before Me,” but the neighing guitars remain foreboding as ever. “It Lives” is the moment when the throng of slit-eyed listeners begin banging their heads in unified surrender. Following next is “Betrayed,” which stands out for its sudden change of style; its funk and groove betray its Worldbeat-infused Nu Metal sensibilities in a good way, connecting the song to similar excursions by icons of the genre, such as Pantera (“Cowboys from Hell”) and Sepultura (“Roots Bloody Roots”).

Their mid-tempo makes “Turned to Stone” and “Straight to Hell” apt as proper Death Metal songs, in which the emphasis is on the guttural growls, hacksaw guitar power chords, and bone-crashing drum beats. Finally, Obituary ends its seemingly conceptual album with the twisted and beautiful “Ten Thousand Ways to Die,” whose markedly melodic guitar line makes for an effective ear-catching album closer. Indeed, there is melody and harmony buried beneath the dissonance and cacophony; that fascinating limbo between life and death; the mysterious curves and dots connecting the yin and the yang; the melancholic beauty of obituaries.

Detractors might have long been claiming that the classic sound of Death Metal has gone anachronistic or out of vogue in the advent of more extreme and sonically anarchistic Metalcore, Grindcore, and other hardcore Metal subgenres. However, Obituary’s latest batch of songs proves that the genre within which the band operates is, after all, still the root and core of all these Metal sub-cores that have developed over the years.

All this said, Obituary’s new masterpiece is also a living (or better yet, deathly) proof that Death Metal is not always about chaos and disharmony. So while many of the genre’s original purveyors like Autopsy (“Teeth of the Shadow Horde”), Cannibal Corpse (“Headlong into Carnage”), and Kreator (“Death Becomes My Light”) have also recently released new materials, at the forefront is Obituary. Their new masterstroke spirals down into the ear canals, hammering its way through the deepest depths and most primitive parts of the auditory sense. CrypticRock gives Obituary 4 out of 5 stars. 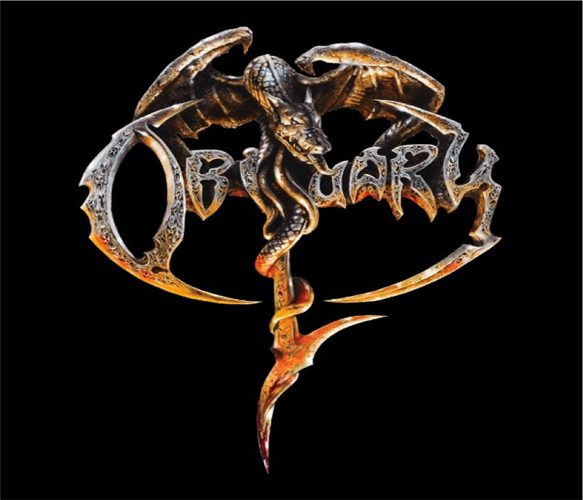