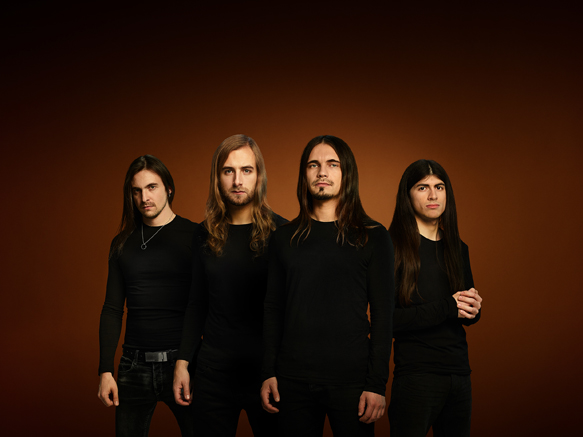 The genre of Death Metal is a musical style that leaves an impact, spiritually and emotionally, among diehard listeners. The scene that became big in the late ’90s, grew in the 2000s, and among the leaders of developing talented bands has been none other than Germany. With that true, in the year 2002, a new band by the name of Obscura was founded by Guitarist Steffen Kummerer. Taking their name from fellow Metal band Gorguts’ 1998 album by the same title, Obscura immediately offered something different to the scene when they released their debut album, Retribution, in 2004. Continuing to draw attention, the band turned even more heads when they put out 2009’s impressive Cosmogenesis.  Many look at Cosmogenesis as Obscura’s breakthrough, and they would not be wrong in saying so.

Following up with Omnivium in 2011, Kummerer and company kept the Obscura brand strong. It was an album that not only dealt with the spiritual aspect of life, but raw importance of mankind. The band continued to blow the Metal scene in flames, but there has been a long layoff since. Kummerer, a busy man, has spent much of the past few years as a touring member of the official Death tribute band, as well as releasing new album Ascension Lost in 2015 with his Black Metal project Thulcandra. Now the only original member of the band he founded, Kummerer, along with Tom Geldschläger (guitar), Linus Klausenitzer (bass), and Sebastian Lanser (drums), teamed up to record Obscura’s highly anticipated fourth studio album, Akroasis. Beginning pre-production for the album back in early Spring of 2015, Akroasis is an interesting new collection of songs unleashed via Relapse Records as of February 5, 2016.

The album starts with arguably one of Obscura’s most important songs, “Sermon of the Seven Suns.” It is a track that really lets the listeners know from the get-go that they are back with a blood-curdling vengeance. Starting on an epic note of distortion and mild drum play, mixed with a creepy yet dynamic voice-over, the audience is thrown in head first. The next track, “The Monist,” starts with a melodic guitar rhythm that gradually gets hellishly fast and takes the listener into a ride of breakdowns and breathtaking deep growls. Following this morbidly, excruciatingly fun song is the album title track, “Akroasis.” Featuring a small trace of piano and speed of the double bass drums, it is nothing less than amazing and just a downright mind-blowing track. The echoes in the back tracks create a very atmospheric sound that manages perfect with the turbulent guitar riffs. Lyrically, it is a song about self-recognition and the power to actually do anything one believes in.

Continuing along, “Ten Sepiroth” does not hold back in the slightest bit as Obscura gives their fans a darker approach of their already skull fracturing sounds. The chorus comes in as a whole, as the voices of a crowd create a very powerful sound surrounding. Complemented by the powerful use of drums, “Ode to the Sun” is a song that Kummerer’s vocal attack is beyond exhilarating. In addition, the chorus comes in seamlessly and the overall track perfectly taps into the topic of creation and what it means to be human. Then, there is the speedy “Fractal Dimension,” a song hell-bent on getting the listener out of their head, and doing what Metal does best, making them rock out. With a melodic undertone that lies in the middle of the track that makes for a magnificent change up, it goes right back to a heavy riff and an upbeat drum sound without a hiccup.

The second to last song on Akroasis, “Perpetual Infinity” is a track that starts with a distorted voice and slow acoustics that, of course, drive right into a hell storm of Metal. This may be the most unique of all the songs on the album as it mixes numerous sounds, pushing the boundaries of the genre. Last, but certainly not least, is “Weltseele,” a perfect conclusion to an almost perfect Metal album. With a shocking run-time of fifteen minutes, this finale is the cherry on top of the Metal Cake with numerous changes and constant breakdowns. A whirlwind of dynamics, it goes from acoustics to more head-exploding riffs that will satisfy many.

Akroasis is an album that is both enlightening and refreshing in the genre. It has a signature sound mixed with a heart-pounding new take to a somewhat currently stale scene. Simply put, it is an album that has to be heard to be believed, and is an amazing return for Obscura. CrypticRock gives Akroasis 4.5 out of 5 stars. 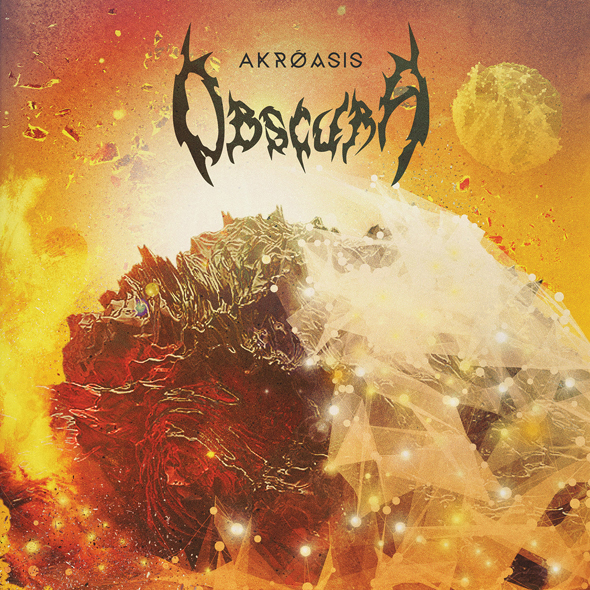