Low-budget Thrillers films can either go very wrong or very right. Directed as well as written by Joseph Sims-Dennett (Smiling Faces 2009, Bad Behaviour 2010) and co-written by Josh Zammit (Fallen 2009, Dark Horse 2009). Observance falls into the latter category. Initially debuting back 2015 at various film festivals, an ensemble of Australian actors including Lindsay Farris (Shift 2013, Gods of Egypt 2016) as Parker, Stephanie King (Showboy 2014, Touching Up 2015) as Tenneal, Brendan Cowell (The Monkey’s Mask, Beneath Hill 60 2010) as the employer, and John Jarratt (Wolf Creek 2005, Django Unchained 2012) as Snitch help bring Observance to life in a totally immersive way. Accompanied by positive reviews, the film finally saw release in the USA on August 2nd via Artsploitation Films on Blu-ray/DVD.

With the loss of his son and his marriage failing, Parker finds a job as a private investigator; the rules are simple, just observe the woman living in the building on the other side of the street. Unbeknownst to Tenneal, the woman Parker is hired to observe, Parker watches her every move including the times she showers, the times her significant other visits, and the times she goes out; he is like her very own personal tracker. After Tenneal’s boyfriend Snitch leaves her apartment, Parker notices that there may be domestic violence involved in that household. He immediately calls The Employer and explains that if he needs to do something to help out Tenneal he will, albeit The Employer insists Parker that he is getting paid to observe and only observe.

Tensions rise when, as a way to make sure Tenneal is fine, Parker sneaks into her apartment while she is showering to place some more hidden cameras, and he barely gets out of there unnoticed. While taking the trash out, Parker is startled by Snitch as Snitch apologizes to him for some unknown reason. Parker starts noticing weird paranormal and physical events happening to him, leaving him in a confused state of mind, not knowing right from wrong. Tenneal notices she is being watched and goes to Parker’s apartment where he finds a much disoriented Parker and ends up fighting for her life. Will Parker make a mistake that could cost him his whole life or will Tenneal get out of there unscathed? 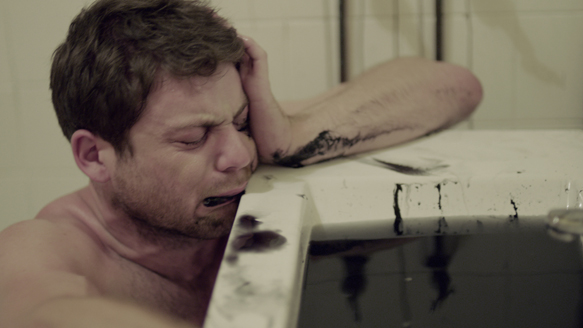 Movie lovers may have different opinions regarding Observance because the movie’s ending does leave room to draw different conclusions. Although it had a pretty explanatory ending, it left the audience wondering the reasons why all that was happening happened. Sometimes it is important for the people to draw their own conclusions and figure out an ending they see worth it and Joseph Sims-Dennett knew how to incorporate that idea into the film. Fillers were apparent in this film and it took about 45% of the entire Thriller, but they were all needed to further explain the film’s climax. 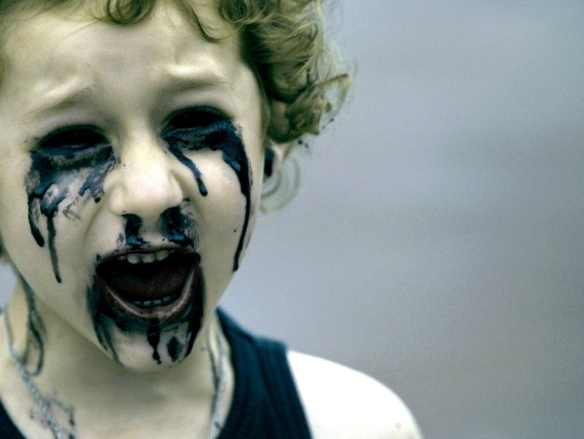 Overall, Observance definitely took most of its ninety minutes to get to the mind-boggling ending, but it was well worth it. It is the type of movie that slowly builds up anticipation while using creative cinematography. It is easy to nitpick reasons why this movie is not everybody’s idea of a good movie, but the good reasons outweigh the bad. That being said, Observance is one of those films people will come back two, five, or even ten years from and still enjoy it. For these reasons, CrypticRock gives Observance 4 out of 5 stars. 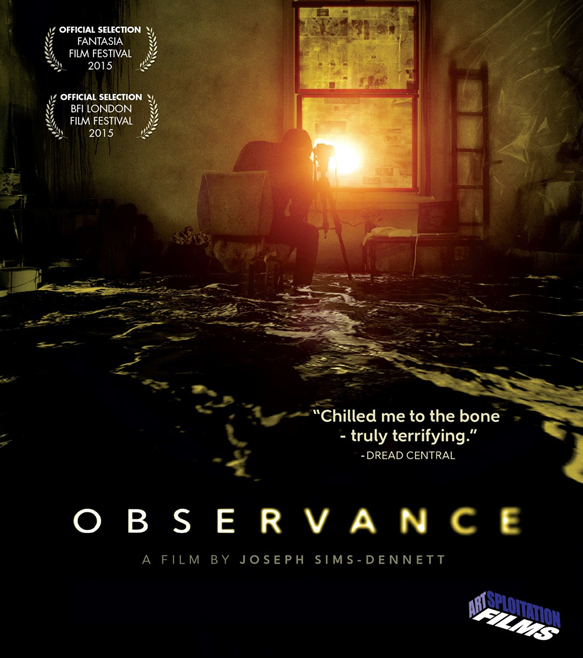 Purchase Observance on Blu-ray on Amazon

The Queen of Black Magic (Movie Review)
Like the in-depth, diverse coverage of Cryptic Rock? Help us in support to keep the magazine going strong for years to come with a small donation.