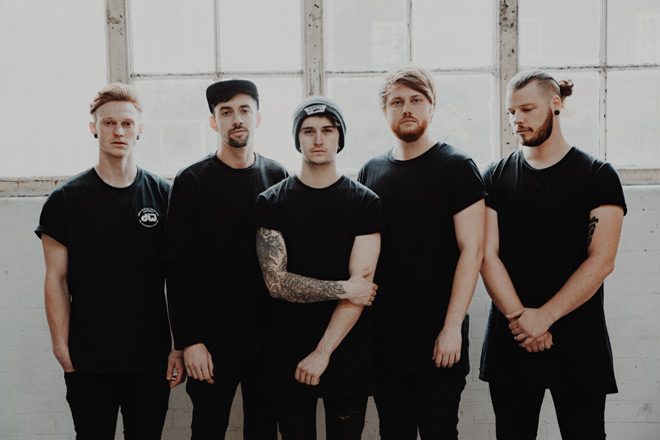 After months of anticipation for Metal fans all across the globe, the wait for Oceans Ate Alaska’s new album is finally over! Titled Hikari, their sophomore album is out as of July 28, 2017 via Fearless Records and comes with quite a bit of buzz surround it.

Upon announcing the departure of James Harrison, their former vocalist, many fans concerned and stunned wondered what was to become of Oceans Ate Alaska. Excited for more from the band after the victory with their 2015 debut album, Lost Isles, for a while, Oceans Ate Alaska dropped out of sight for the next few months consequently until announcing in December of 2016 they had parted ways with Harrison. Then, on February 1st of 2017, beyond all shadow of the doubt, they welcomed their good friend and now new vocalist, Jake Noakes ,to the fold. Joining James “Jibs” Kennedy (guitar/backing vocals), Chris Turner (drums), Adam Zytkiewicz (guitar/backing vocals), and Mike Stanton (bass), together, they bring fans new hope with Hikari.

While Lost Isles caught the ears of many, the album was dicey rhythms, and the melodic lyrics and vocals blended beautifully, bringing headbanging classics such as “Taming Lions” as well as “Clocks,” now Hikari showcases the band’s multi-faceted talents and ideas. Pairing it with Japanese elements, Turner stated, “We have a huge amount of respect for Japanese culture, especially their music.” He added, “These unique and beautiful instruments have inspired us to create something brand new, and we are beyond proud of the end result!” In English, Hikari means light, just like the band’s current mindset and their new sense of direction.

Starting it off, title-track “Hikari” shows that there is still much to expect from Oceans Ate Alaska as they take on a sort of smooth Jazz sound. It is docile with a kick to it, showing their innovative moves. For fans wanting more of their original sound, the single “Escapist” has a much more Metalcore essence. Furthermore, Japanese instrumentation is lightly used to keep in the spirits of the album theme and a taste of their Metal edge style is additional. Unveiled prior to the album’s release, “Escapist” as well as “Covert” show a lot more force from Jake Noakes, demonstrating he is Ocean Ate Alaska’s perfect fit being both melodic and super heavy.

Interestingly enough, the title of the song “Sarin” derived from Japanese poison, the poison is said to cause suffocation and also the paralysis of the muscles. Lyrically, it portrays the same feeling, paralleling to the word’s definition. Keeping listeners headbanging all the way through, a perfect example of such is “Benzaiten” with its heavy intro and creepy, alluring sound bursting into striking beats to harmonize. A fun fact, “Benzaiten” is named after a Japanese Buddhist Goddess and the track also features a guest spot from Alex Teyen from Black Tongue.

The heavy hitters keep coming with other songs such as “Deadweight” where Noakes’ vocals are deadly and desirable. It is not all an assault though, gentle like the album’s artwork are a few tracks such as “Hansha” which shows the softer side of the band with an ambient element and Noakes delightful clean vocals, proving he can switch it up with ease. Furthermore, “Ukiyo,”  featuring Josh Manuel of Issues, contains a drumming portion that is just amazing, machine-like if you will while Noakes mix both clean and unclean styles exemplified in a layered manner showing the duality and diversity. Through the chaos, it ends in a perfect flow. Not to be overlooked, “Verdical” is tranquil while also gifting some epic drumming and ridged guitar riffs with a delicious interlude as well.

It is apparent Samurai mythology was the source of the inspiration for Hikari, and Oceans Ate Alaska show that they can try a style different from their own successfully. They use a collection of Japanese instruments for the production of Hikari, they added a dab of their magnetic zeal. Now, after Hikari, expectations may be even higher for the experimental Progressive Metal band generating waves, composing tides, as they are ready to get to shore. With some unique material and a passion filled album, CrypticRock gives Hikari 5 out of 5 stars. 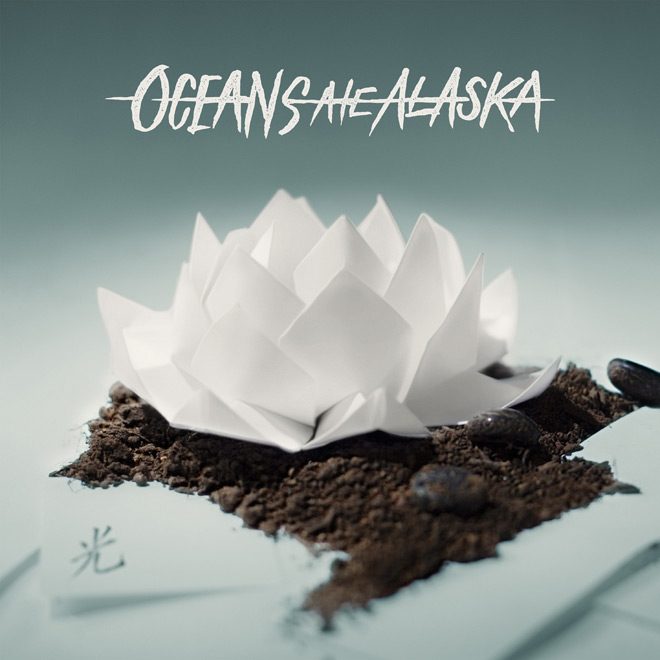