Oculus is the latest psychological horror movie from Director and Writer Mike Flanagan (Absentia 2011, Ghosts of Hamilton Swift 2003) and produced by WWE Studios. Originally premiering at the Toronto International Film Festival in 2013, it was released in theaters April 11th in the United States and now sees a DVD/ Blu-ray release August 5th. 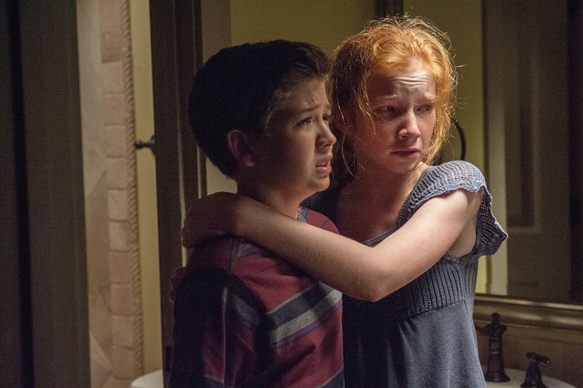 Based on the 2006 short-film Oculus: Chapter 3 – The Man with the Plan, the full-length adaption takes places eleven years ago when tragic events saw ten-year-old Tim (Garrett Ryan: Dog with a Blog, Insidious Chapter 2 20113), and a thirteen-year-old Kaylie (Annalise Basso: Bedtime Stories 2008, Dark House 2009) witness their father Alan (Rory Cochrane: Argo 2012, Parkland 2013), killing their psychotic mother Marie (Katie Sackhoff: Battlestar Galatica series, Riddick 2013), and ending with Tim having to fatally shoot their father.  Tim is taken from the scene by police and placed in a Psychiatric Institution after claiming the mirror made them do it.  Fast forward to present time, after serving his time and dealing with his many issues, Tim (Brenton Thwaites: Save Your Legs 2012, Blue Lagoon: The Awakening 2012) has just been released into the care of his older, seemingly more stable, sister Kaylie (Karen Gillan: Not Another Happy Ending, Guardians of the Galaxy 2014) with the belief that the incident was not supernatural in nature. 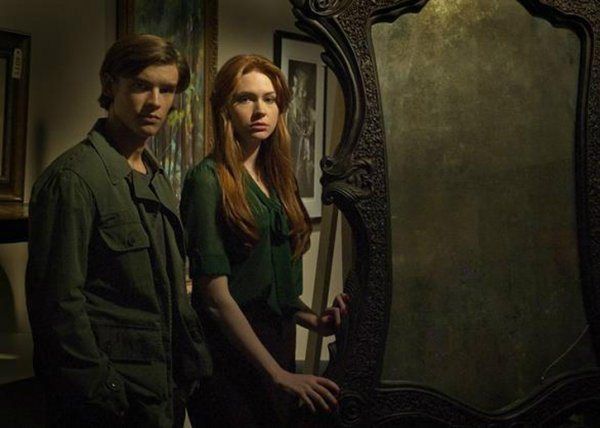 Left his share of their parents’ estate, Tim sets about starting to get his life on track. Unknown to him, Kaylie has harbored her own beliefs during his incarceration, tracked down the fated mirror through her work, and has organized for it to be transported to their former family home.  Despite his misgivings, Tim accompanies Kaylie on her mission to get answers. Kaylie has done some extensive research into the mirror and plans on setting the mirror up in their old family home with cameras and finally proving what it is capable of.  Despite his pleas to leave, Tim’s love for his sister overrides his misgivings and he stays and helps Kaylie in her possible irrational mission, hoping she quickly becomes convinced that the mirror is innocuous.  Not long after they enter the house, the mirror starts weaving its evil, and horrifyingly thrust Kaylie and Tim into their terrible past, revealing their family secrets in a bloody way. Will they both survive, or will they succumb to the mirrors wicked wishes. 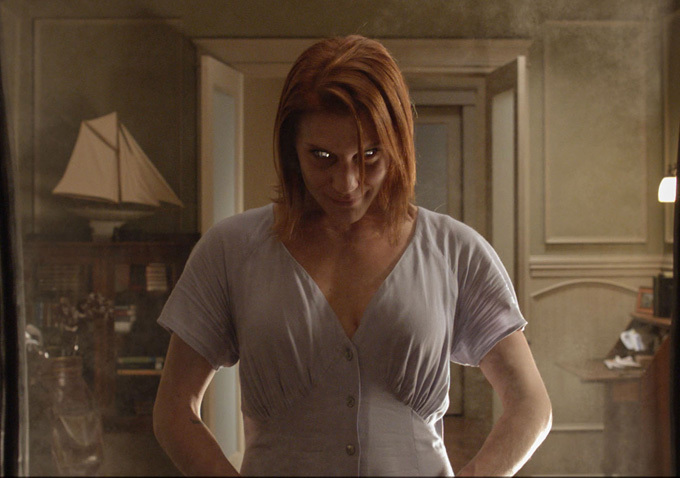 Oculus is told from the viewpoint of Tim and Kaylie in the past and present, switching backwards and forwards, which can be a little confusing at first, but it quickly comes together revealing its tightly woven plot. The movie is extremely well acted, written, and well-worth watching.  Cryptic Rock gives Oculus 4 out of 5 stars. 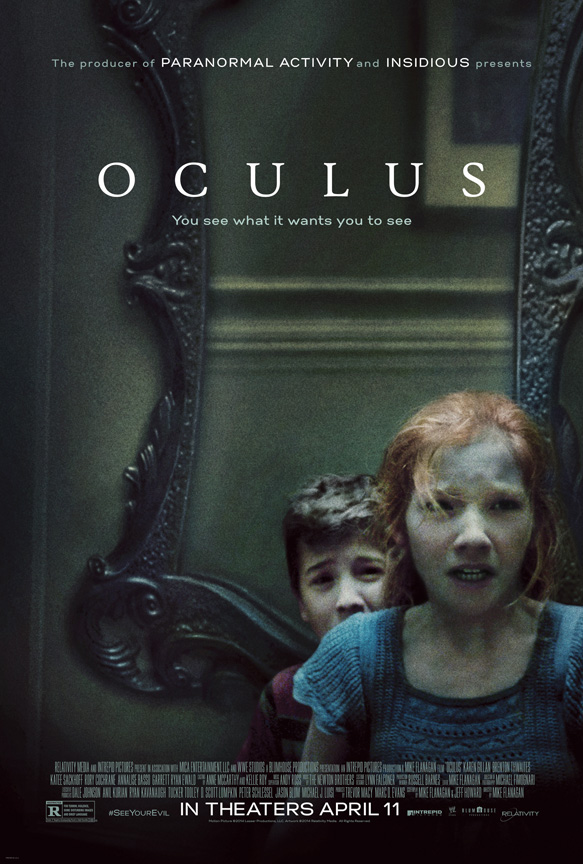 Order a copy of Oculus on Blu-ray / DVD here