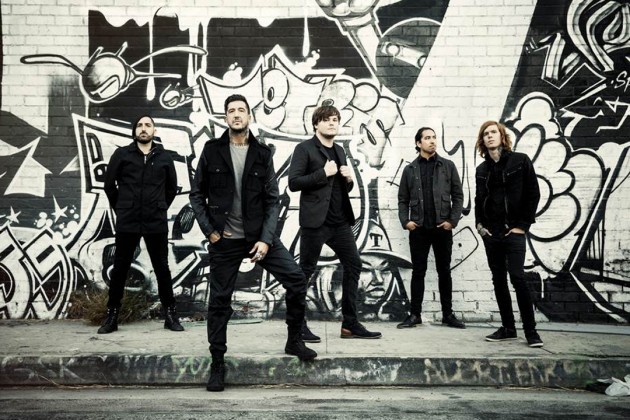 Costa Mesa, California’s Of Mice & Men has been bringing a unique and complex sound to the Metalcore scene since their formation in 2009. Coming together after lead vocalist Austin Carlile disassociated with former band Attack! Attack!, Of Mice & Men go from melodic tones to brutal breakdowns within seconds, making them stand out among the rest. Lead by Carlile (unclean vocals), Valentino Arteaga (drums), Phil Manansala (lead guitar), Alan Ashby (rhythm guitar), and Aaron Pauley (clean vocals, bass), their debut 2010 self-titled album broke into the US Top 200.

The 2011 follow-up, The Flood, saw them rise in popularity even more. Making a bold move to progress in style and sound, 2014 brought their third studio album via Rise Records entitled Restoring Force. Taking on a more Rock sound, Restoring Force had a major impact across the scene and found Of Mice & Men one of the hottest acts of the year breaking down more walls into the mainstream. Now a little over a year after the record’s release and successful touring, Of Mice & Men re-release the album with an additional four bonus tracks, calling the package Restoring Force: Full Circle.

Produced by multi-platinum award-winning David Bendeth, many know Restoring Force is quite different than the band’s previous efforts, this time with a more technical approach. Opening track “Public Service Announcement,” proves just how heavy this band can be, consisting of mostly unclean vocals of Carlile and systematic breakdowns.

The next track and hit single, “Feels Like Forever,” starts off edgy with slow guitar play before blasting into the listener at full force, with a perfect mix of clean and unclean vocals alongside lyrics about being consumed by sorrow and anguish. “Bones Exposed” is an aggressive, perfectly executed piece of face-melting Metal about being in a vulnerable state of mind. The next hit single, “Would You Still Be There,” is a milder song with clean vocals and powerful lyrics about putting trust in someone. This track perhaps is one of the biggest standouts which launched Of Mice & Men into super stardom and opening the eyes of Hard Rock fans to their talent, spending more of 2014 as one of the hottest tracks spun on SiriusXM Octane.

The track “Break Free” really shows off this band’s skills even more with brutal riffs that will please all of their original fanbase while appealing to the newcomers as well. The next track, “You Make Me Sick,” is a powerful offering about losing faith in someone, beginning with a slower pace that picks up nicely and throws in a complex chorus. Leading single “You’re Not Alone” was initially released in December 2013 and is a power ballad that resonates the balance Of Mice & Men were going for with Restoring Force with intense speeds as well as a brilliant chorus.

Two-thousand and fifteen deluxe edition track “Broken Generation” is a unique piece that gives a slow, melodic Deftones sound with an especially powerful lead guitar of Manansala that blends perfectly with the lyrics, making it a complementary addition. Thereafter, bonus song “Something To Hide” is a mix between a mellow riff and mind-shattering vocals told in a melodic, aggressive, and progressive manner. Where as “Never Giving Up” is a solid song with mostly clean vocals about not letting go of a strong love and is currently holding a strong position in Octane Big ‘Uns Countdown. Rounding out Restoring Force: Full Circle is an acoustic edition of  “Feels Like Forever,” which translates very strongly and radiantly in this format with a mellow, but lyrically enlightening texture.

Restoring Force: Full Circle allows those who may have overlooked the initial release last January to dig into what Of Mice & Men have become with the addition of some nice extras. Judging by their steady progression, Of Mice & Men have been greeted with open arms by old and new fans alike. The more technical approach on Restoring Force was a complete success and the bonus material fits nicely. Anyone looking for something with a lot of spark and some ferocious fire should look no further. CrypticRock gives Restoring Force: Full Circle a 3.5 out of 5 stars 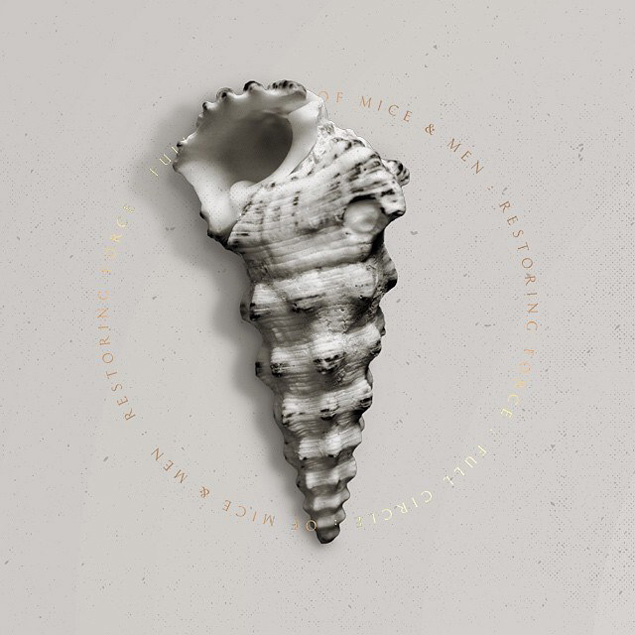