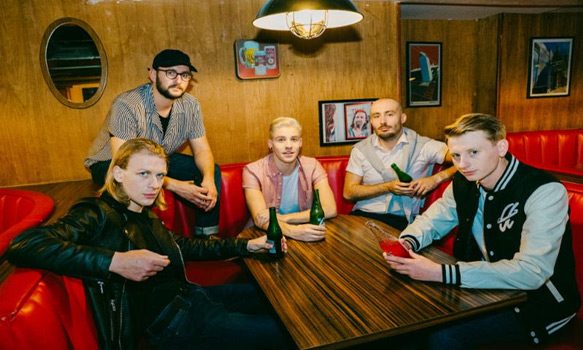 Pop Punk is a fusion of Punk Rock music with elements of Pop music. Bringing to mind Vans Warped Tour, Chucks, hair dye, body piercings, tattoos, Good Charlotte, New Found Glory, Simple Plan, and the newer generations of bands like All Time Low, and Waterparks, enters the promising As It Is.

Britain’s As It Is, with picture-perfect harmonies and infectious melodies, are sure to make Hot Topic-wearing crowds go wild. Formed in 2012, As It Is – Patty Walters (vocals), Benjamin Langford-Biss (vocals, guitar), Andy Westhead (guitar), Alistair Testo (bass), and Patrick Foley (drums) – hail from Brighton, UK. Their formation came about thanks to the online service Join My Band, where Walters had placed an advertisement looking for musicians to join his Pop Punk project. For their first few years, the band released independent EPs and toured tirelessly throughout the UK and Europe. Becoming the very first British band signed to Fearless Records in October 2014, they released their highly-praised debut album, Never Happy, Ever After, in April 2015.

Since their inception, they have toured with the likes of Sum 41, Senses Fail, Mayday Parade, Set It Off, Sleeping With Sirens, Silverstein, and We Are The Champion$. Additionally, they were a part of the Alternative Press Tour in 2015. All this touring amounts to extensive travels throughout their native UK, Europe, the United States, Japan, and Australia, making As It Is a name many recognize.

Fast forward to present day, while many remain in their winter slumber, on Friday, January 20, 2017, As It Is released okay. via Fearless Records. Produced by Mike Green (All Time Low, Set Your Goals, Pierce The Veil), the album contains 11 songs of straight-up Pop Punk in the vein of the aforementioned All Time Low with moments of Pierce the Veil’s more Hardcore grit intermingled. Their oft-times dueling harmonies are further reminiscent of bands like Taking Back Sunday, and in case some need a few more names-checked: think of a band that could easily tour alongside The Starting Line, The Maine, and/or Boys Like Girls. Case in point, they list The Wonder Years as a large influence.

With all this said, let us discuss the album. Those who have ever had a moment where they felt indifferent to life – leave, stay, live, die – the Bowling For Soup-esque sonics of “Pretty Little Distance” will prove relatable for them. “Ain’t life swell from a pretty little distance?” the band inquire and it is the opening track and is a fitting introduction to As It Is’ thoughtful lyrics that are, more often than not, poetic explorations of human psychology. With a keen eye for social dynamics and the crazy world around us, this band touch on topics ranging from suicide to divorce, childhood to maturity.

First single and video, “Okay” is lyrically reminiscent of My Chemical Romance’s ode to being totally not okay. A catchy, harmony-filled track, the leadoff single speaks of silencing the pain, and skies that bleed to grey. “I don’t know if I’ve been worse, I don’t know if I can change. But right now, I don’t think, I don’t think that I’m okay,” Walters sings in his sweet tenor. He follows this up with a plea for forgiveness from a little sister let down by her selfish older brother in “Hey Rachel.” It is, of course, totally Pop Punk.

In a nod to their debut album, As It Is present “Patchwork Love,” a tale of a ‘happily never after’ relationship and that final goodbye. Their painfully mature lyrics tell the story with perfect clarity: ” . . . I won’t let you waste everything you are on me; I know that all you love about me is who I used to be. And made of hostage hearts and patchwork love, seems unavoidable it came undone.” The continuation of this band’s emotionally mature side, “Curtains Close” is a song about the end of a marriage and the demise of a family (“Mom and dad take final bows”). Though, musically, this is a mix of sonic heroin, the lyrics are anything but saccharine sweet.

Many discs seem to wane at the halfway mark, but okay. is not one of them. “No Way Out” continues the serious talk but bumps it up a notch. Touching on the heart-breaking topic of suicide and suicidal ideologies, presumably especially amongst teenagers, the track presents the group’s characteristic dueling vocals with a surprisingly sabulous, bass-heavy hook. (A spoken word confessional in the middle of the track might leave some fans comparing it to Good Charlotte’s “Predictable,” musically speaking.) Young or old, who amongst us has not had that day full of rain – literal or figurative – that made the walls seem to close in around us and the world fade to black? When your world seems to be killing you, As It Is wants you to know that it is okay. Remember to breathe. Take a moment. It gets better. You have some good friends in England.

Perhaps the album’s heaviest track, “Soap” – about the lives we create, especially online – kicks up the pace while the thoroughly addictive dueling vocals and aural versification of “Austen” – about a dying loved one – prove that As It Is are not even close to waning. These are not little boys playing at Rock Band: As It Is are here for the long haul and they have heart in spades. Later on, “Until I Return” is the promise to friends and family back home that – despite oceans and endless geography – the members of As It Is will try to stay sane and return in one piece from the road. It is that proverbial ‘tour song’ about the miles of separation, anxiety, and insanity of the road life, but done the As It Is way: with pulverizing melodies.

Similarly, “The Coast Is Where Home Is” is pretty self-explanatory, lyrically speaking. For someone who has recently had to leave the coast and head inland, this particular track – with its dueling vocals and alluring briny deep waves – plucks a bittersweet heartstring. Of course, As It Is mean an entirely different coast in an entirely different country, but that does not affect the comparison.

In a somewhat unique twist, the album closes out with a ballad. Those who have ever questioned what was more painful, a aching memory or beginning to forget, As It Is have you covered with “Still Remembering,” a touching ballad about the painful debate. It is a poignant note to end on, an endearing memory to last fans until the next release. Hopefully just two more years, folks. Two more years.

As It Is prove that Pop Punk is far from dead. Equal parts mature verse, harmonious musicality, and 100% Pop Punk packaging, this is a band not to be missed. They are already pretty close to perfection with this sophomore release, so CrypticRock gives As It Is’ okay. 4 out of 5 stars. 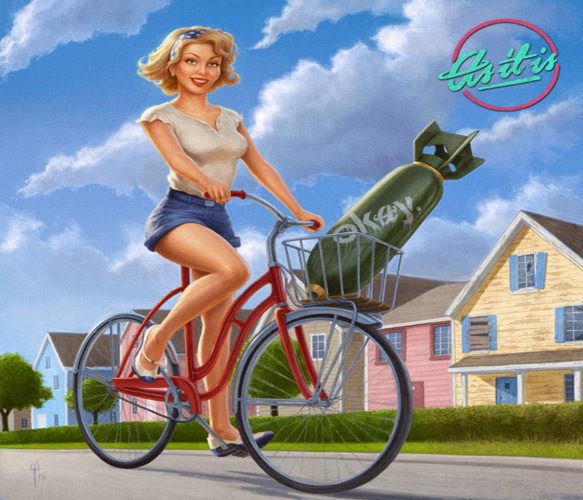