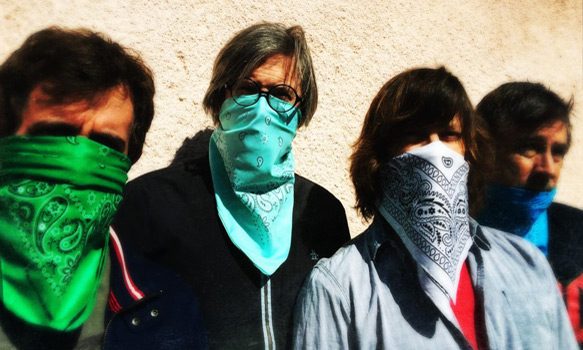 Regarded as a pioneer of what is known now as Alternative Country, Old 97’s is also one of the prolific bands of the genre, releasing eleven studio albums to date. The quartet of Rhett Miller (lead vocals, guitar), Murry Hammond (bass, vocals), Ken Bethea (guitar, vocals), and Philip Peeples (drums) formed the band in Texas, United States, in 1993.

Their music is rooted in Country/Folk and Alternative Rock, with a discography that spans from the countryside, trucker sensibilities of the debut and the sophomore albums, 1994’s Hitchhike to Rhome and 1995’s Wreck Your Life, respectively; Punkabilly of 1997’s Too Far to Care; Violent Femmes–reminiscent Cowpunk of 2000’s Early Tracks; the upbeat, sunny, sometimes dark and melancholic Alternative Pop/Rock excursions of the latter albums; and finally, the recharged Alt-Country energy of the new album, Graveyard Whistling.

Released on February 24, 2017, Old 97’s latest oeuvre opens with the ominous, synth-drenched, and brooding mid-tempo of “I Don’t Want to Die in This Town.” Another dark-toned track, albeit more upbeat, follows in the form of “Bad Luck Charm.” The mood further slows down with the sweet drag yet introspective sentiments of “All Who Wander.” Then a sudden burst of energy ensues with the double-beat rhythm of the Christian-themed “Jesus Loves You” and “Good with God,” the latter of which features the American Alternative Country/Folk Rock Singer-Songwriter Brandi Carlile on second vocals.

“She Hates Everybody” is an acoustic-oriented proper Country song, complete with bluesy guitar slides. Then there is the fiddle-led, four-square-dance drinking song “Irish Whiskey Pretty Girls.” This is followed by the old-school Punk sound of “Nobody,” which will fit nicely on a playlist that includes The Ramones’ “We Want the Airwaves,” Wuds’ “Jail,” and Social Distortion’s “Ball and Chain;” and of “Drinkin’ Song,” which may remind the initiated of similarly bratty Cowpunk songs like “Jesus Walking on the Water” by Violent Femmes, “Punk Rock Girl” by The Dead Milkmen, and “Fuckin’ ’Ell, It’s Fred Titmus” by Half Man Half Biscuit.

Moving forward, the second-to-the-last song, “Turns Out I’m Trouble,” relaxes the listener with its slow Country Folk drag, and then it picks up pace and guitar angularity – a preparatory mood setter for the album’s closer, the instant classic “Those Were the Days,” which may be regarded as Graveyard Whistling‘s highlight, for its being steeped with melody, nostalgia, and Pop sensibility.

Old 97’s has long been hailed as one of the pioneers of Alternative Country, but this should not undermine the stylistic diversity of its music. The band is not one’s typical Country Rock band, as exhibited by its subgenre encompassing discography. Graveyard Whistling is yet another testament to the American band’s penchant to take their music out of its comfort zones. While the trademark sound is clear in this latest release, a mélange of other styles is also apparent. This gives the band’s spectators not only something familiar to feel home at, but also some new cornerstones to turn clockwise to keep their sense of surprise on an all-time high. CrypticRock gives Graveyard Whistling 4 out of 5 stars. 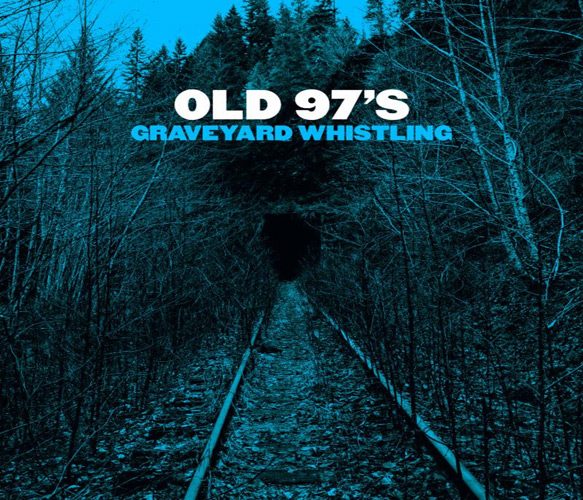