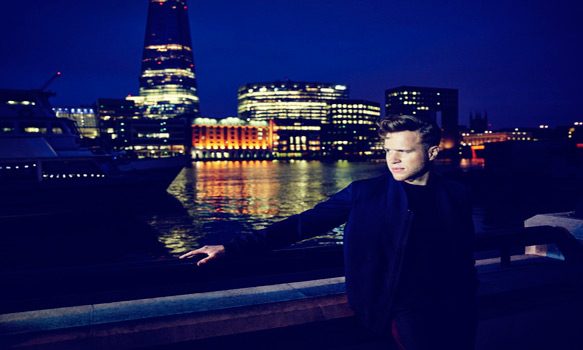 Born in Essex, England, Oliver “Olly” Murs is a Singer-Songwriter, Television Presenter and Actor who rose to fame via the British television reality competition The X Factor. Having auditioned for the show twice previously, it was not until 2009 that Murs landed a slot in the sixth season. A twin, Murs had to miss his brother’s wedding to perform in the semi-finals of the show, where he was ultimately selected as the runner-up to Joe McElderry.

By February 2010, Murs had announced that he had signed a joint record deal in the UK between Epic Records and Simon Cowell’s Syco Music. His debut album, the eponymous Olly Murs, was released months later in November of 2010, entering the UK Albums Chart at No. 2, with the biggest week-one album sales for a debut album in 2010. Murs would follow this with an equally successful  2011 sophomore release, In Case You Didn’t Know, which hit No. 1 on the UK Albums Chart, followed by 2012’s Right Place Right Time and 2014’s Never Been Better.

At this point in his career, Murs has worked with everyone from Robbie Williams to Demi Lovato, been made into a waxwork figure at Madame Tussauds Waxworks in Blackpool, England, opened for One Direction, amongst others and was the subject of a three-part documentary entitled Olly: Life on Murs, among so much more. Very active with charity, for an artist whose career has not yet closed in on a decade, this is all extremely impressive. Then, in November 2016 Murs released his fifth studio album, 24 Hrs, an ambitious collection of seventeen tracks.

Leadoff single/video, “You Don’t Know Love,” is catchy yet generic pop music. You don’t know love until your heart has been broken, Murs assures his listener. Clearly, he is a romantic: every track throughout the album revolves around sex, love, and relationships. Second single/video, “Grow Up,” is an homage to a selfish ex. We all know that person that makes everything about themselves, and Murs speaks for all of us when he sings about a future in which he hopes these individuals will just grow up.

Musically not as polished or quite as memorable, the third single/video “Years And Years” is one of the strongest tracks, lyrically speaking. “You signed your name on my heart saying you were here,” Murs sings in this song about how finding true love means winning at life. A memorable play on an age-old cliche (hey, that rhymed!) the lyrics here are worth taking a moment to devour. From here there are a plethora of songs here that could easily be remixed for the dance clubs: upbeat “Unpredictable,” album highlight “Back Around,” the sexual innuendo of “Deeper,” sexy “Read My Mind,” nostalgic “That Girl.” In fact, “Back Around” is one of the best tracks on the disc. It picks up the tempo of the album with a heavier dance beat to ask: “It feels dead in this town, so tell me: when will you bring love back around?” Murs admits that we oftentimes do not know what we have until it is gone in this catchy, poignant, yet danceable track.

Album namesake “24 HRS” is a trippy, dancey homage to being dumped, and one of the best tracks in the collection. “Thanks so much for letting me know that you’re letting me go,” Murs sings sarcastically. A song about staying up all night long, dancing by ourselves through the post-breakup blues, this is Murs at his finest; emotionally raw dance music is what he does best, rhythm and sincerity.

There are moments throughout the album that are just plain silly (“Private,” an anti-PDA anthem) but the majority of tracks are straightforward, basic Pop. “Read My Mind” walks a very sexual line (“Put your body next to mine, you don’t have to read my mind”), complete with talk of playing Truth or Dare. It’s not an altogether bad song, but it does seem a bit more like Ginuwine than Olly Murs. There are love triangles (“Better Than Me”) and a tribute to the girl that got away (“That Girl”). Murs’ moving ballad, “Flaws,” is worth noting, as it delves into what it feels like to be a prisoner – whether of love or circumstance, the interpretation can be one’s own.

All this said, 24 Hrs is neither altogether bad nor altogether great. It is a collection of songs that revolve entirely around the search for love – having it, losing it, getting it on. Murs tackles each song with a youthful vigor and cheery demeanor: even when his heartstrings are bleeding on his sleeve, its abundantly obvious that Murs is just a nice, normal guy. To delve too deeply into the album would be a disservice to it and Murs. Afterall, it is only Pop music, right? For this reason, CrypticRock gives 24 Hrs 3 out of 5 stars. 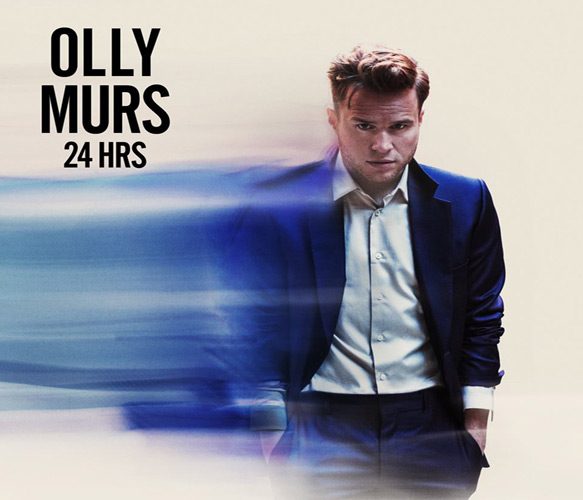