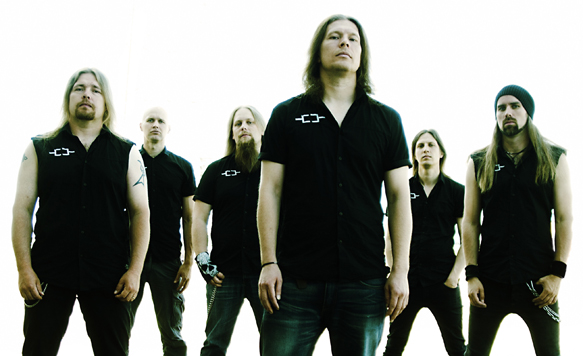 Finland-based Death Metallers Omnium Gatherum have been creating diverse Melodies since their formation in 1996. Following their own footsteps and creations as they classify themselves as, “Adult Oriented Death Metal;” which consists of traditional Death Metal, Progressive; and snippets of other variations including Symphonic Metal. Omnium Gatherum has toured with Insomnium, Nile, and Rotting Christ, however, it was after the release of their sixth studio album, 2013’s Beyond, that gave them their first North American tour in support of Dark Tranquillity in 2014. Despite being around for two decades, it is the last few years where they have built a larger following outside of Europe.

This six-piece has gone through quite a few lineup changes where Markus Vanhala (guitar) is the only original member left; the rest includes Jukka Pelkonen (vocals), Jarmo Pikka (drums), Aapo Koivisto (keyboard), Joonas Koto (guitar), and Erkki Silvennoinen (bass). Omnium Gatherum has evolved since 2003’s Spirits and August Light and excelled in their unique style outside of the traditional Death Metal sound. This mixture continues to grow and is demonstrated in the latest, Grey Heavens, which was released on February 26, 2016. Musically filled with a grey area of emotions, including sorrow, joy, and anger, the album showcases the thoughts that run through the human mind. Proving to the listeners that there is more than a black and white way of thinking, the album flows in manifold directions.

The album opens up with “The Pit” as a sound of a gun locking together is heard that moves into a classic abrasive Omnium Gatherum style consisting of aggressive guitar riffs and an energetic drumming ambush. This ruthless introduction sets the pace for the listener. However, the lyrics give another bite that includes, “Sin makes one believe there is something or nothing worth holding on. Keep on going. Mistakes are like illusions. Masters and pawns.” Chiming in with a catchy guitar melody with “Skyline” slows down the previous aggression, however, continues to remain futile. The most memorable part is the mixed keyboard and guitar solo that erupts during the end of the track. It radiates with emotion, where the listener wonders if the interpretation is about relief or pain after losing a loved one.

After the two tracks of a close to traditional Melodic Death Metal style, a Progressive to a Joe Satriani-esque sound explodes in “Frontiers.” The keyboard introduces this piece as it sets up the atmospheric tone until the guitar rumbles in and magnifies. As the song transcends, heaviness builds where a mix of styles are heard throughout. It remains brutal, along with harsh lyrics including, “True order lives with chaos.” The dark composition is held with a rioting guitar instrumentation that plays with the emotion from the vocals. The longest track of the album at just over eight and a half minutes, “Majesty and Silence” continues to assemble stylistic variations. Opening with a silent, yet disturbing sound, the track progresses with multi-layered riffs while intertwining between the keyboard and drums. The lyrics remain melodic and poetic, which carries out the recurring human psyche theme, including, “There is no return. There is thick diamondy solitude. A testimony to a time well spent.” The arrangement in the lengthy “Majesty and Silence” appears to have one too many slower hooks than expected, however, it gets more engaging after a few listens.

As the keyboard builds with jumbled synthesized sounds, “Rejuvenate!” reawakens the relentless movement. Each instrument manages to hold a ruthless highlight in this piece, which includes the speedy guitar riff in the beginning and its slower and innovative solo towards the end of the track. Moving into the next, “Foundation” is perhaps one of the best songs on the album as it focuses in with both Melodic and Progressive elements flawlessly. Lyrically, it expands with setting up a personal foundation for oneself where it is, “Not a game for the weak, a sanity to seek.” Continuing to explore the soul with the next, “The Great Liberation” opens up with a dramatic synthesized sound and an energetic guitar riff. This second half of the album captivates the listener more so than the prior, where the musical shifts in this piece makes it one of the stand out tracks.

Sustaining with a pristine Melodic energy, “Ophidian Sunrise” hits with a serene synthesized introduction that formulates an endearing blend with the guitar. After a few mesmerized tracks, the album moves into the instrumental piece of “These Grey Heavens.” It kicks off with an acoustic sound, and chimes in with a unique unexpected medley that would most likely surprise the listener. Concluding the album with the finale “Storm Front,” the track holds an additional synthesized change while mixing with distorted guitar riffs.

Grey Heavens hooks the listener as the melody constantly moves between brutal hooks and a sense of tranquility from the keyboard. Each track moves through a fresh batch of emotions as it executes life from its mysterious journeys. However, the album needs a few listens before the full emotions are mutually executed. CrypticRock gives Omnium Gatherum’s Grey Heavens a 3.5 out of 5 stars. 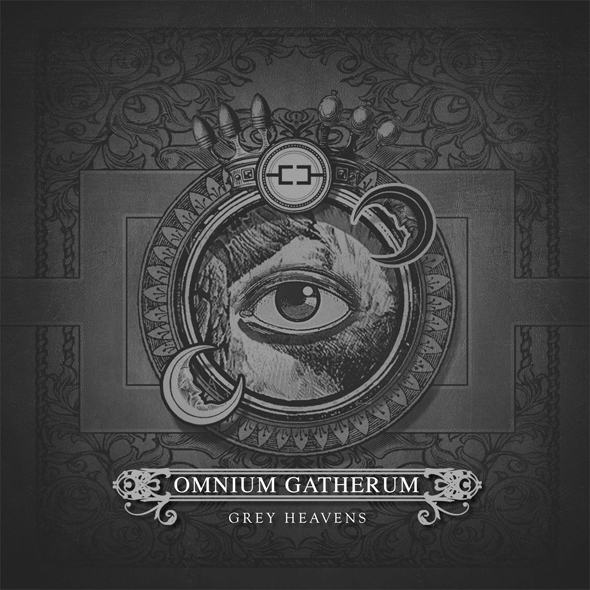