ABC’s Fantasy/Adventure Once Upon A Time has been a roller-coaster of good vs evil, heroes against villains, light vs dark, as well as unexpected turns. In the past, the characters’ battles have been overcome with love, trust, and solidity of “family.” Season five, episode ten of Once Upon a Time, called Broken Heart, begins to deviate from the “love conquers all” ideology. 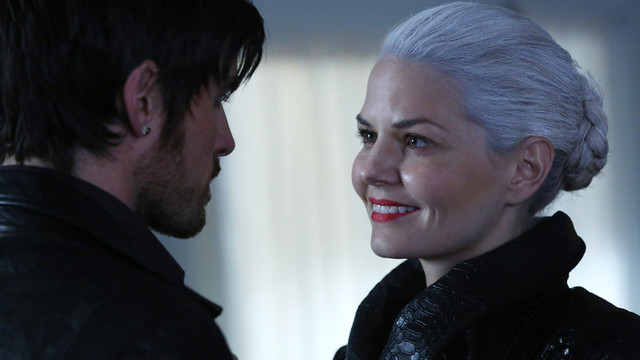 Hook (Colin O’Donoghue: The Rite 2011) embraces his Dark One status and teams up with the Wicked Witch, Zelena (Rebecca Mader: The Men Who Stare at Goats 2009). Somehow, knowing Emma (Jennifer Morrison: House TV series, How I Met Your Mother TV series) saved him by engraving his name as a Dark One, thereby making him immortal, transformed his morality and thinking (although he does not glitter like his predecessors). They take Emma’s memories and trap her powers with a magic bracelet. Hook the Dark One’s phantom Rumpelstiltskin (Robert Carlyle: The Full Monty 1997) guide suggests Hook exact revenge on Gold/Rumpelstiltskin, an idea Hook welcomes.

In Camelot, whispers assail Hook. The phantom Dark One guide, Rumpelstiltskin, explains the sounds. Hook hears Excalibur calling to him. Hook is confused. Emma had said the sword was destroyed, but phantom Rumpelstiltskin cackles. Emma holds the sword that controls and enslaves Hook as the Dark One. When he confronts her, Hook says, “I trusted and believed in you all through this, but you don’t believe in me. How am I supposed to fight the darkness in me?” He disappears, but Emma uses Excalibur to summon him. Hook asks, “Do you know how it feels, to have no control?” Tearful Emma hands him the sword, “I don’t want to control you. I love you.”

In Storybrooke, Hook calls on Emma. “I still have feelings for you. Hatred. Anger. Disappointment. You were a pretty blonde distraction. I’m a free man now. I’ll get what I want. Revenge on Gold.” Emma reminds him, “Everything I did was for you.” Hook snarls, “You’ll always be an orphan. You don’t need a villain to destroy your happiness. You do your own damage.” Emma decides to restore all the memories trapped in the dream catchers, but Prince Charming/David (Josh Dallas: Thor 2011) reports they have been stolen. Zelena, the one-time Wicked Witch, taunts Robin Hood (Sean Maguire: EastEnders TV series) and her half-sister, Regina (Lana Parrilla: Miami Medical TV series, 24 TV series), playing up their strange relationship, “Once you’ve gone green, you’ll never go queen.” (In previous episodes, Zelena disguised herself as Robin’s wife, Marian, and conceived a child. Robin and Regina are in love.) None of the Storybrooke residents trust Emma after her attempted murder of Zelena. (Emma had hoped to trap all the Dark One evil within Zelena, and then kill her.) The townsfolk decide to keep Emma handicapped by the magic-deadening bracelet. Emma explains her plan for a new joint operation to Henry (Jared S. Gilmore: Mad Men TV series). The two use a locator spell as part of Operation Cobra Part Two. 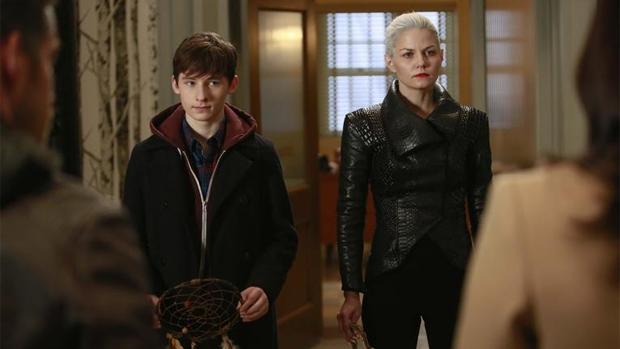 In Camelot, Merlin (Eliot Knight: How to Get Away with Murder TV series) prepares for his, “If you’re getting this message,” seen in earlier episodes when Hook interrupts. Since he is a Dark One, within him reside all Dark Ones, even Merlin’s love, Nimue. Hook crushes Merlin’s heart, killing him.

In Storybrooke, Rumpelstiltskin/Gold answers Hook’s challenge and fights on the Jolly Roger. Gold bests the pirate and claims Excalibur. He meets Belle at the wishing well, but she refuses his marriage proposal. “You’ve become the man I’ve always known you could be, but I’ve got to protect myself.” Rumpel’s past deceptions haunt her. In the meanwhile, Hook has a darker plan than mere revenge. Gold is a man who’s been to hell and back. His blood opens a portal, freeing all the previous Dark Ones in the flesh. The hooded beings descend upon the New England town like a dark fog.

The key lesson in this episode seems to be “Love requires trust.” Questions are left pondered. Why did Belle really turn away from Gold? What is Hook the Dark One capable of? Furthermore, will darkness prevail or will light shine again? For the chills and anticipated thrills, CrypticRock gives this episode 4 out of 5 stars. 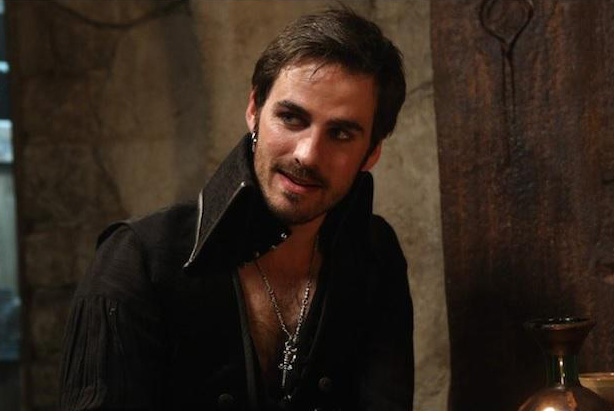 ABC's Once Upon A Time, Broken Heart, Fairytale, Once Upon a Time
Print page
0 Likes