Once Upon a Time – Dark Waters (Season 6/ Episode 6 Review)

Previously on ABC’s Once Upon a Time, fans were finally given more details of the story of Aladdin, Jasmine, and Jafar in the episode entitled Street Rats. Now, with Aladdin reunited with Jasmine in Storybrooke, another new story was set to unfold with the episode entitled Dark Waters, which premiered on Sunday, October 30, 2016. 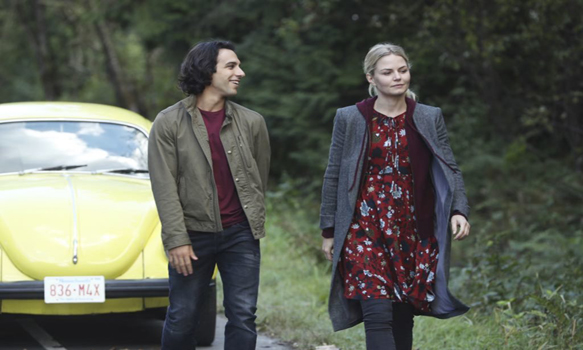 Lastly, at the conclusion of Street Rats, Emma entrusted Hook to get rid of the Shears that would remove her from being the savior any longer. Deeply in love with Emma, Hook knows that these Shears may be the only thing that would save Emma from a tragic ending, thus he holds on to them in secrecy. Meanwhile, the Evil Queen continues to look to find ways to drive wedges between everyone in Storybrooke so she will be victorious, and her latest target is Hook and Henry. Finding out Hook in fact did not discard of the Sheers, she tries to turn Henry against Hook, leading him to believe Hook is looking to destroy their family.

Flashing back, the audience obtains even more details of Hook’s past as he is taken down 20,000 leagues under the sea with Captain Nemo and his first mate Liam. Still thirsting for vengeance on Rumpelstiltskin, Nemo tries to show Hook that revenge is not the answer to finding happiness. At this point in time, Hook’s character does not see this truth very clearly and he escapes from the underwater vessel to continue his quest to snuff out The Crocodile, aka Rumpelstiltskin. 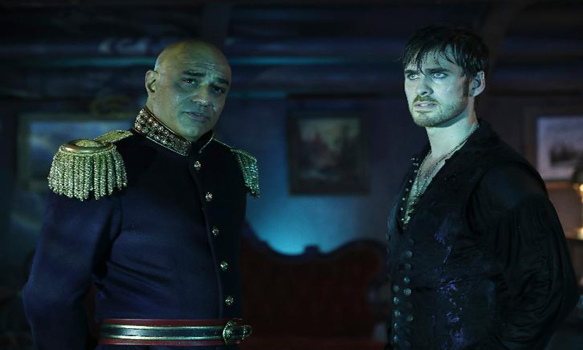 This new untold story gives insight into Hook’s character even more in-depth, and as a result, he becomes even more endearing to viewers. While flawed, Hook’s heart always seemed to be in the right place and his transformation from villian to hero has been uplifting to witness. The turn of events in Henry and Hook’s under sea adventure proves to Henry that Hook in fact does have his mother and their family’s best interests in mind. Although, will Hook be able to find reconciliation for his past mistakes with his own family?

An overall very entertaining episode, Dark Waters teaches a very valuable lesson; no matter how enraged one is, seeking vengeance never ends with piece of mind. That said, the audience is opened up to a few new characters including Captain Nemo and his mysterious first mate Liam. Who is Liam? Well, that is for viewers to find out as the episode plays out. Let us say this, it is an interesting twist and clever way of tying all stories together.

All this in mind, a lot is still yet to be determined in this season of Once Upon a Time moving forward. One thing is for certain though, while the Evil Queen thinks she is winning the game, it seems her tactics are only drawing key characters such as Hook, Emma, Henry, and the whole Charming family closer together. A interesting approach, in previous seasons, it seemed evil was always conquering good until the very final breath. Through six episodes of Season Six, it seems evil is losing badly. This can only mean that something bad is conjuring, but can it be? Stay tuned for more with the premiere of Heartless on Sunday, November 6, 2016 at 8/7c. Until then, CrypticRock gives Dark Waters 4.5 out of 5 stars. 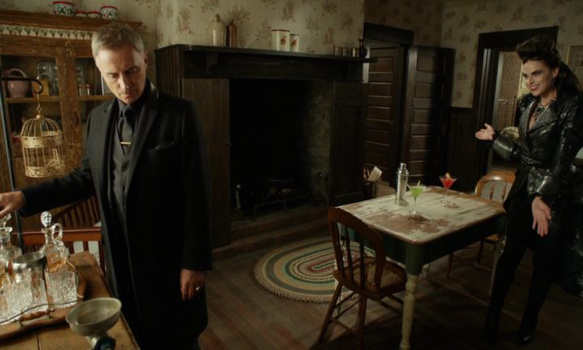