Once Upon A Time – Firebird (Season 5/ Episode 20 Review)

On the Sunday, May 1st, ABC’s Fairytale Drama Once Upon a Time revealed to viewers the secret behind Emma Swan’s armor in the episode entitled Firebird. Filled with new backstory, suspicious alliances, and a possibly heartbreaking end to Emma and Hook’s love, Firebird is full of intriguing events. 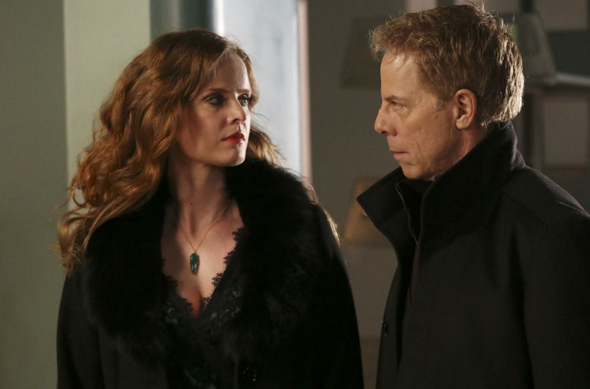 The episode beginnings with Regina explaining her new-found faith in Zelena’s love for Hades to Emma, Hook, Henry, and David when Hades dropped by with a ransom note from Pan and Rumplestiltskin. The father/son team demand the contract for Rumplestiltskin’s unborn child be torn up in exchange for Zelena’s safe return. Hades wishes the help of The Savior as an “ace up his sleeve” and offers to remove the names of Emma’s loved ones from the tombstones binding them to the Underworld in exchange. Is his help sincere, or self-serving?

To save Zelena, Hades rips up the contract giving him Belle and Rumplestiltskin’s baby, and Emma intercedes when Pan and Rumplestiltskin try to renege. Hades’ actions reassure Zelena of his love and devotion. He says, “I’d do anything for you,” before they kiss and the Underworld shakes as his heart beats again, thus lifting his curse. Able to leave the Underworld, Hades opens a portal in the cemetery which closes at sundown. It seems everyone can leave the Underworld now and head back to Storybrooke, but when Emma offers half her heart to Hook to allow him passage, she sickens, and they cannot complete the magic. Hook has been dead too long for the ‘split the heart’ magic to work, and needs a living heart to leave the Underworld.

Seeming as if he does want to help them, Hades relates a way for a dead person to leave the Underworld. A heart filled with true love can seek Ambrosia, the food of the Greek gods, and use it to free the dead loved one. Emma and Hook discover their love is true in a fiery test weighing Emma’s heart and her desire to save Hook. They succeed in reaching the tree, but the Ambrosia is chopped down and dead. This leads to the realization that Hades was insincere and in fact double-crossed them to keep them from returning to Storybrooke.

The story flashes back to introduced a desperate younger Emma captured by a savvy bounty hunter, Cleo Fox (Rya Kihlstedt: Home Alone 3 1997, The Atticus Institute 2015). This new character helps her find files from Emma’s childhood in exchange for Emma coming along peacefully to Phoenix to serve her time for crimes committed. Something in Emma’s quest touches the bounty hunter, and Emma learns the bounty hunter had a daughter she gave up for adoption.

The women bond, and the bounty hunter suggests Emma build up a protective armor. When they investigate, the files on Emma lack any substantive information, and Emma sneaks back to search further. Here the bounty hunter confronts Emma, but the police show up, and since they were trespassing on government property, the women leap from a window. Glass pierces the bounty hunter, appearing to kill her, but she tells Emma to run. Emma escapes, but looking to resolve unfinished business she locates the bounty hunter’s daughter and gives her a file of information about her mother. While in the store where she found the daughter, Emma purchases her red leather jacket and thereby dons her own heart-protecting armor. 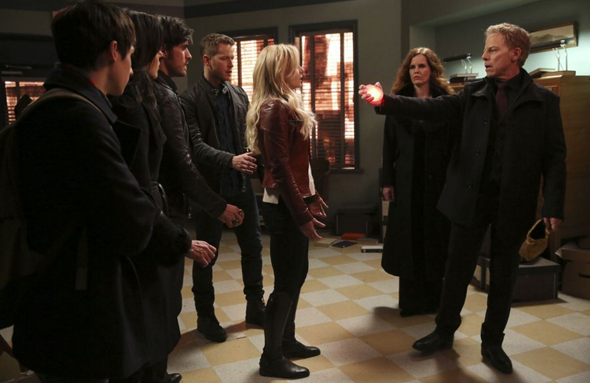 Meanwhile, back in present time, Regina asks Robin Hood to trust Zelena, so he reluctantly hands over his baby to Zelena, the baby’s mother-through-trickery. While Zelana and Hades head to the portal, she wants to wait for the others, but Hades convinces her they would follow.

On the other side of the Underworld, Pan asks Rumplestiltskin for one of the hero’s hearts to allow him to pass into Storybrooke with his Dark One son. He offers to get Belle home in exchange for a heart and passage. Rumplestiltskin seems to comply, removing Robin’s heart, but Rumplestiltskin tricked his evil father by placing a sack with water from the Sea of Souls into Pan. Rumplestiltskin kisses Belle, but his love does not wake her from her cursed sleep, instead, he stores her essence in Pandora’s Box and heads to the portal and Storybrooke.

This is all occurring while the time is running down for everyone to get through the portal. Seeming like all hope is lost, Hook tells Emma she must go back to the land of the living, that he will seek “a better place.” Before a tearful parting, Hook asks Emma not to put the armor back on, to keep her heart open. Will this be the final goodbye for Emma and Hook? Does Hades have a much more sinister plan in store for Once Upon a Time’s heroes?

The preview for Sunday, May 8th episode, Last Rites, threatens to break the heart of Storybrooke. Speaking of heartbreak, Firebird dumped its share of heartache on the beloved cast as well. Robin lost his baby and Hades tricked the newly-trusting Zelena. Worst of all, Emma Swan finally drop her emotional guard and allowed herself to love Killian/Hook, and then say what may be a final goodbye. Now fans wait and see what will happen as Season 5 winds down with only three more episodes now through May 15th. CrypticRock gives Firebird 4 out of 5 stars. 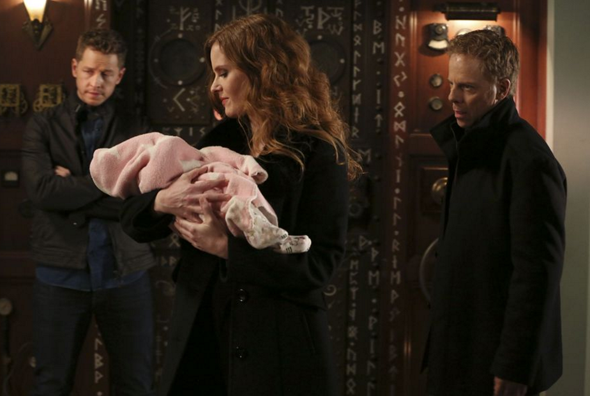