Following the events of ABC’s Once Upon a Time episode Our Decay, there were plenty of unanswered questions lingering for viewers. One being how does the character of Dorothy play into the storyline, two being how deep does the relationship of Hades and Zelana go? Would they be answered in April 10th’s premiere of Her Handsome Hero, or would the ever evolving story of Once Upon a Time switch gears once again? 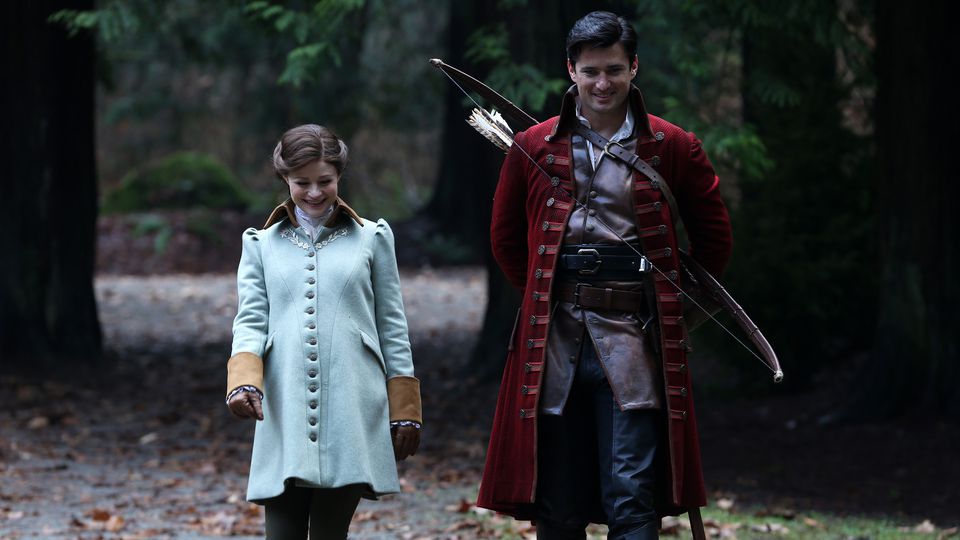 The answer, like many episodes prior, the story of the favorite series would fragment off in another direction and Her Handsome Hero opens in the fairytale land where Belle’s kingdom faced an invasion of ogres. Her father wished her to marry the neighboring King’s son, Gaston, a famed hunter. With such an alliance, their kingdoms would be stronger and safe, although, Belle is wise of Gaston’s reputation for womanizing and cruelty. Encouraged by her father to know the whole story of someone before making a decision, she takes the time to get to know the man behind the rap.

Getting to know Gaston, they find a trapped young ogre, which Gaston wants to terminate, but Belle persuades him not to. She wished to use a magic mirror to determine the creature’s intentions, a mirror which reveals the evil in the eyes of whomever stares into it. The eyes of any evil-minded being gazing into the mirror were portrayed by the appearance of demon fire in their eyes. If the youth bore no ill-will, she reasoned, it should be set free. Meanwhile, Gaston points out the ogres could be using their young to scout for the military, but agreed to wait until she retrieves the artifact. When she returned, Belle finds signs of a struggle, and Gaston was hurt and he claims the ogre attacked him. The truth is Gaston hunted the creature down and Belle finds he and the army ready to kill it. Still keeping a positive attitude, she stops Gaston’s arrow with the magic mirror, which shatters, but reveals the true evil in Gaston’s eyes instead. Pleading with Gaston to set the creature go, he does, but at what cost? 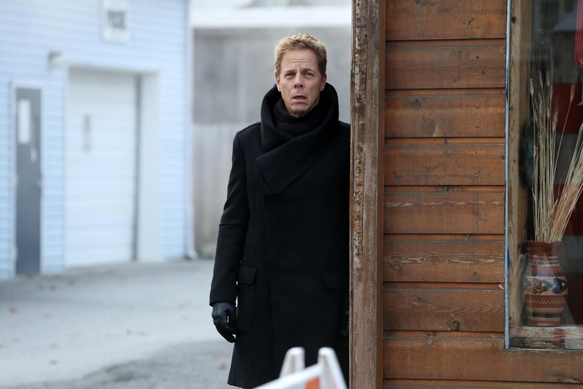 Turning the audience back to the Underworld, Hades saw flowers growing, and since his land is all about decay, this sign of hope distressed him. Angered and looking to stop this unwelcomed change, he enlisted Gaston to hunt Rumpelstiltskin. He gave Gaston magic arrows sure to cast any struck into the River of Souls, thus damning the person for eternity. Taking on the task with gusto, Gaston sets out to avenge his death by destroying Rumpelstiltskin. While Hades was plotting more evil, Belle and Rumpelstiltskin poured over books to find a white magic spell to free their baby from their debt to the Lord of the Underworld. Does Hades really hope for Gaston and Rumpelstiltskin to battle together, or something even more devious?

On the other side of the Underworld, Emma dreamed of using a magic spell to erase their names from Hades’ tombstones. Shaken by other events in her dream and frustrated by unsuccessful attempts to escape or thwart Hades, Emma, Hook, and Snow visit the cemetery. Like in the dream, Emma attempted the spell, but a storm interrupted. Running for cover they go to Regina’s crypt and regrouped. Regina arrives shortly after visiting her sister, Zelena, learning of her wicked sister’s love for Hades and his for her. An important piece of information perhaps in their quest to defeat Hades, the group leave the tomb to face the unknown envisioned in Emma’s dream and she hits it with magic only to find an injured wolf. That wolf is the one and only Ruby Red, who now is almost mysteriously in the underworld. Something moved. Emma hit it with magic. Snow recognized the injured wolf. For some reason, Ruby Red joined the heroes in the Underworld.

In an episode that went in varied directions, Once Upon a Time explored Belle’s gentle strength and Rumpelstiltskin’s distrust of the powers of goodness. Hades remained an insidious force with unclear motivation. While Emma examined her insecurities as well, with Snow and Regina. Where does the story go from here? Has the group finally found what they need to stop Hades, or are they one step further away after the horrible twist of events when Gaston and Rumpelstiltskin faced off? Viewers will find out when Ruby Slippers airs Sunday, April 17th. CrypticRock gives Her Handsome Hero 4 out of 5 stars. 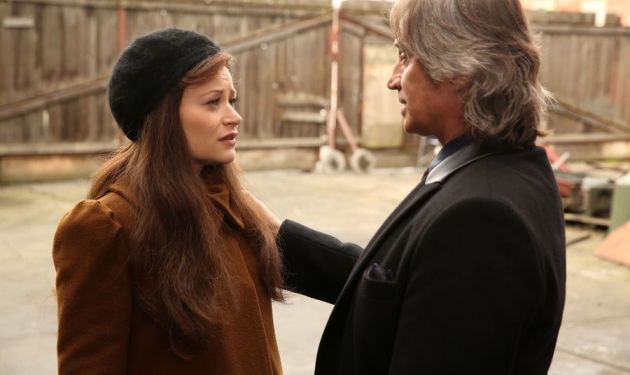