Airing on Sunday, November 13, 2016, the Once Upon a Time episode I’ll Be Your Mirror sees evil strike back. The first episode to date directed by Jennifer Lynch, responbile for 2015’s The Walking Dead episode JSS, among many other projects, I’ll Be Your Mirror takes on a darker stylistic approach for the ABC series. 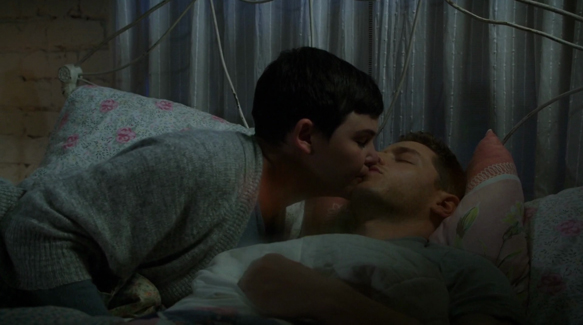 Currently under the Evil Queen’s double sleeping curse, one which will not allow Snow White and Princess Charming (David) to be awake together, the couple do their best to fight through it all. Leaving one another notes prior to a kiss to wake the other up, after time passes, they are both growing weary of being apart. Determined to find a way to break the curse, Emma and Regina team up to capture the Evil Queen within an enchanted mirror. Unfortunately, the Evil Queen is one step ahead of them, switches the mirrors, turns the table on them, sucks them into the mirror, shattering it into 1,000 pieces. Now prisoner to a one way mirror where they can only see others, but no one can see or hear them, Emma and Regina are faced with an eternity in obscurity.

Their only hope is that Henry realizes they are missing, and alerts others for help. Making the task even more difficult, the Evil Queen has disguised herself as Regina, tricking Henry into thinking she is his mother. Not to mention, Hook is also weary of imposer Regina as he searches for Emma. Amidst it all, Henry is concerned about his relationship with Violet. Clearly he cares for her and believes perhaps since arriving in Storybrooke she has lost interest in him. Is Violet drifting away from Henry? Will he be tricked into thinking the Evil Queen is really his mom, and most of all, can she darken his heart? 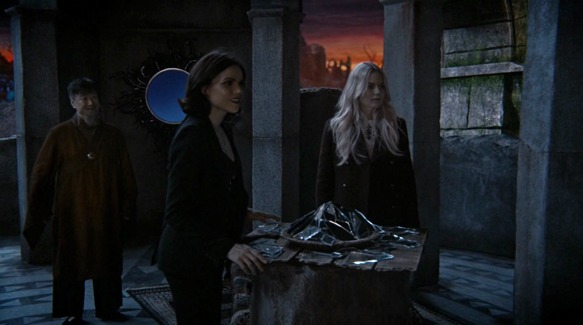 As stated, I’ll Be Your Mirror is certainly a darker episode than previous ones aired in Season 6. There is a sense of impending doom around the heroes and, much of the episode, viewers wonder if the Evil Queen has finally won. Within it all, viewers get to see Aladdin play a larger role within Storybrooke when Belle asks for his help to steal the sorcerer’s wand from Rumpelstiltskin’s shop. There is even a scene where Aladdin tells Jasmine the Genie has moved on from the lamp. This reference is no doubt as a homage to the late Robin Williams who voiced the character in the 1992 animated Disney film.

Adding to the drama, it appears Rumpelstiltskin’s evil ways has completely lost Belle and seems hopes of mending their love is bleak. That said, it seems beyond the realms of imagination that the Evil Queen and Rumpelstiltskin could really be an item together. Most of all, Zelena is the biggest wild card of all, because no one knows which way she will turn. After take a week break in between episodes, Once Upon a Time returns Sunday, November 27th with the Changelings. Will evil continue to try and corrupt the hearts of good in their quest to destroy Storybrooke, and what relationships will be served forever? Only time will tell as the battle rages on. CrypticRock gives I’ll Be Your Mirror 4 out of 5 stars. 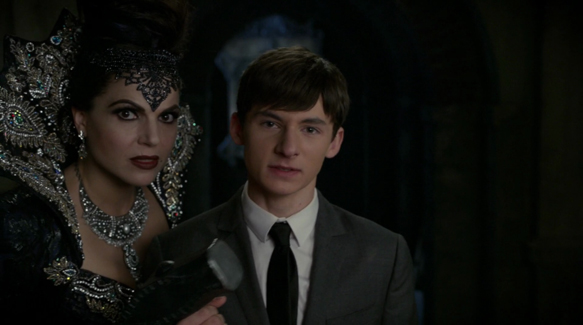 Creepshow (Season 2 Review) Cruella (Movie Review)
Like the in-depth, diverse coverage of Cryptic Rock? Help us in support to keep the magazine going strong for years to come with a small donation.