ABC’s Once Upon a Time began Sunday March 13th’s episode entitled Labors of Love with a beat-up Captain Hook  freeing a girl from Hades’ giant three-headed dog, Cerberus. Before he faced the beast on his own, Hook told the girl to find Emma Swan and to tell her he knows she is looking for him. Hades and Hook tussle, and Hades (Greg Germann: Ally McBeal series, Here Comes the Boom 2012) takes Hook’s hook. Angered, Hades delivers the hook to Emma Swan with a warning. 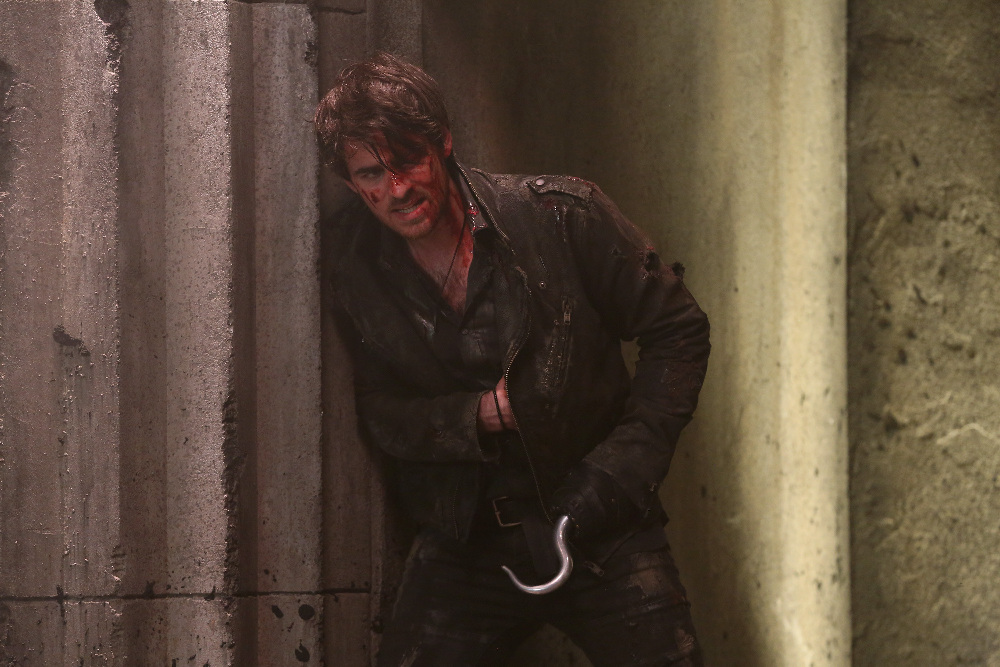 While strolling through the cemetery, Mary Margaret feels responsible for the unfinished business of her subjects in the Underworld. “I was supposed to protect them,” she says to her husband, David. In the process she comes across Hercules’ tombstone and recalls her friendship with him when she was a young princess as Snow White. When Snow was a young woman (Bailee Madison: Don’t Be Afraid Of The Dark 2010, Just Go with It 2011), Hercules (Jonathan Whitesell: The 100 2014, The Hollow 2015) helped her find inner reserves of strength and courage. Bandits in the pay of the Evil Queen threatened the people of her kingdom, and with Hercules’ encouragement, Snow frightened them off. Although short-lived, their friendship had a formative impact on Snow’s life. As a result of such Snow decides to enlist Hercules’ aid in defeating Cerberus. Deparate to find him in the Underworld, a child-munching witch (Emma Caulfield: Darkness Falls 2003, Hollow 2007) tells where to find the still youthful Olympian hero.

Across town, Cruella De Vil (Victoria Smurfit: The Beach 2000, About a Boy 2002) explains to Henry the Author’s Quill he broke exists as magical energy in the Underworld. She insists Henry find and use the Quill to write a new ending for Cruella and thereby restore the purity of his mother, Emma’s soul (Emma killed Cruella, sending her to the Underworld). The audience is not shown what Henry’s intend is, but judging by his discreet actions upon leaving with Robin Hood from their quest to find information, it appears he may be tempted by Cruella. 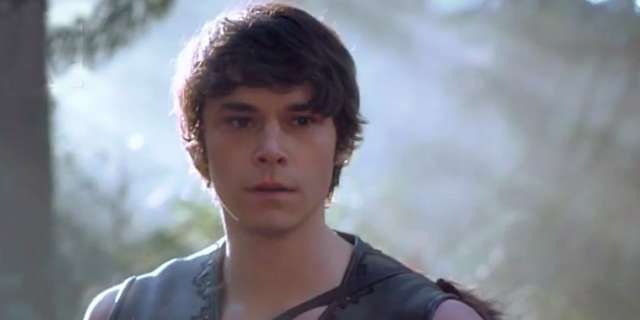 Meanwhile, the woman Hook rescued finds Emma and delivers Hook’s message. Hercules confides that Cerberus caused his death. Killing the guardian of Hades’ realm was his final labor, and by failing, he died with unfinished business. Snow explains he would not fail to defeat the three-headed dog this time, because she will be helping. Joining in, Hook’s rescued girl engages in the fight as well and the three win the battle. Thereafter the mystery girl introduces herself as Megara (Kacey Rohl: Red Riding Hood 2011, Hannibal series).

Hercules, and apparently Megara, have finished their earthly business, and the couple crosses to a better place. This experience reminded Snow of her aspirations, “I don’t want to be Mary Margaret anymore.” Inspired by a great pep talk from Regina, the once Evil Queen explaining how Snow defeated her evil in a way no one could imagine – by never giving up on her friendship. As the episode concludes the ruined clock of the Underworld ticks forward, marking Hercules’ and Megara’s departures. Further angering Hades, he presents Hook with a chisel and marble, instructing him to chisel the names of his Storybrooke friends who will remain in the Underworld, thereby freeing the others and leaving character’s future uncertain.

Overall, the second half of Once Upon A Time’s season 5 is turning out to be more action-packed with interesting stories and a very dark undertone. With Snow White reclaiming the girl-power mantle and glimpses into her formative years, this episode was nearly as riveting as Souls of the Departed in the week prior. It will be exciting to see what happens when Devil’s Due airs Sunday, March 20th. CrypticRock giving Labors of Love 4 out of 5 stars. 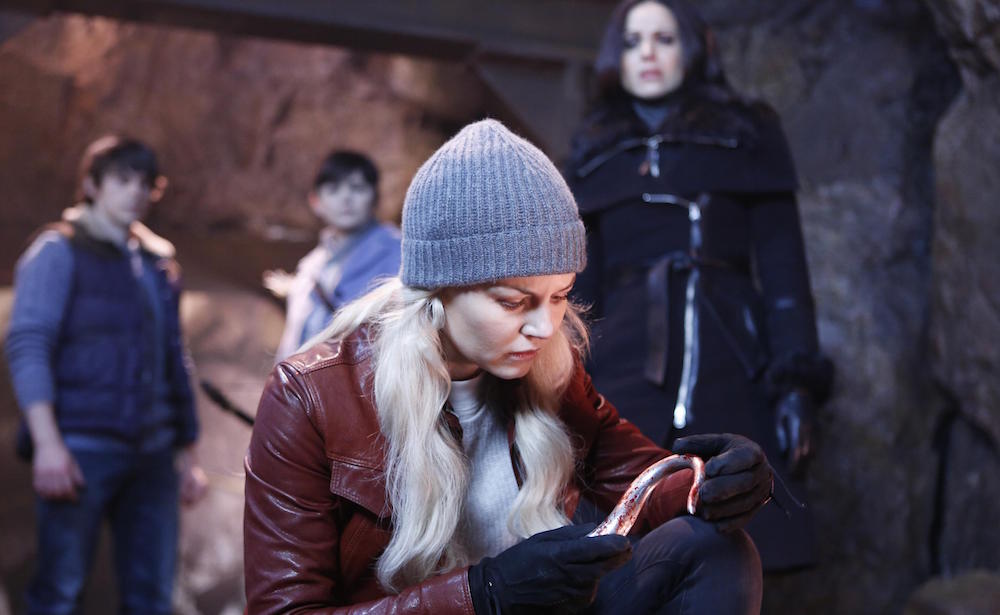