When ABC aired its Fairy Tale Drama, Once Upon a Time, on Sunday, May 8th, with the episode Last Rites, it promised to “break the heart of Storybrooke,” and it worked hard to deliver. The episode entitled Last Rites contained none of its characteristic flashbacks, concentrating instead on the characters newly returned to Storybrooke, and a couple of heroes remaining in the Underworld. 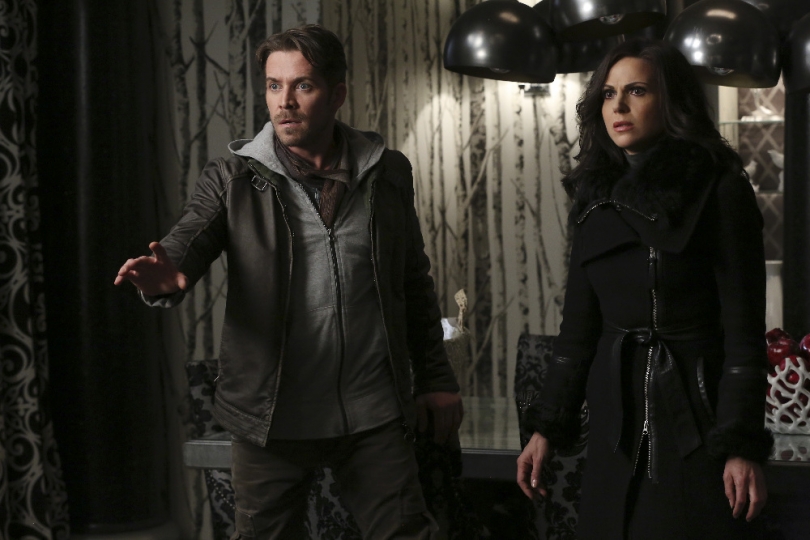 It all begins when Zelena, Hades, and Zelena and Robin’s baby stepped through the portal, Hades’ newly beating-because-of-Zelena’s-kiss heart pumped with a desire to restore an Olympian artifact, a powerful magical crystal. He encountered Arthur, the once and unscrupulous and thus imprisoned king and killed him, promising to send others to the Underworld. Arthur escaped from prison to land someplace worse. Meanwhile, Cruella and the Blind Witch rule the Underworld with Hades’ departure, and they intend to keep as many tormented souls under their control as possible. Hook recognizes Arthur and asks for news from above in exchange for a bit of understanding of the Underworld.

The two embark on a mission to recover the pages from the magical Fairy Tale book removed by Hades. When souls from the Sea of Souls try to pull them in, Hook and Arthur work together and stave off their advances. They find the pages and send them in a ghostly transfer to Emma Swan, who Hook knows will do her duty as The Savior. With his unfinished business rectified, he walks into the light where he is thanked by Zeus for his help in dispatching Hades. Arthur stays behind and plans to redeem himself by serving as a good king to the Underworld and thus fulfilling his destiny.

Armed with the critical information from the pages of the magic book, Emma confronts Hades and Zelena. Blinded by love, Zelena takes umbrage at Emma’s accusations against the one-time Lord of the Underworld and fights to protect the man she loves. Meanwhile, Robin and Regina seize the opportunity of Emma’s distraction to rescue Robin’s baby. Alas, Hades and his crystal intercept and, with marked glee, aims a death-ray from the crystal at Regina. Robin leaps in front of his true love to save her life, and in turn dies. 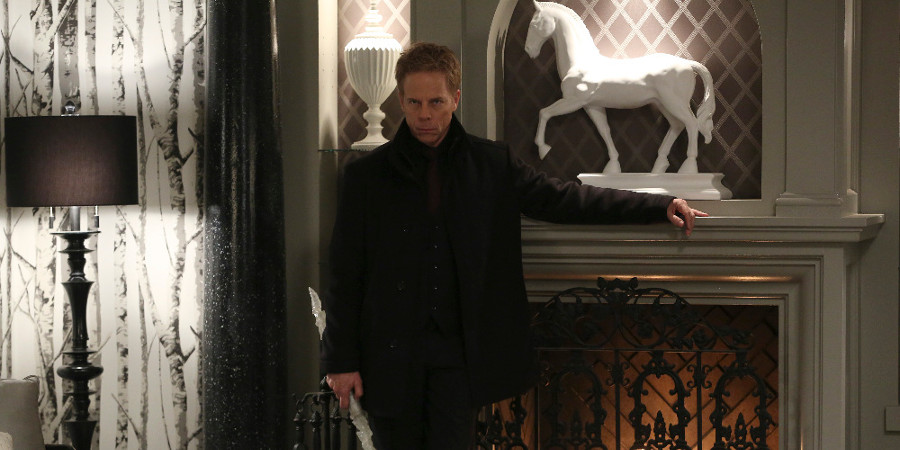 A tragic turn of events, Zelena enters the scene and is faced with a dilemma. Should she believe her lover or her sister? After she hurls a few accusations at Regina, and Regina gives a beautiful speech telling she only wished for her sister’s happiness, Zelena ironically turned the crystal against Hades, reducing him to a pile of ash. After the ladies leave with Robin’s body, Rumplestiltskin sifts through Hades’ pile of remains and claims the crystal and thus more power for himself. Rumplestiltskin had threatened Belle’s father after the French patriarch refused to kiss the girl and wake her. Apparently, Papa felt an eternal slumber for his pregnant daughter was preferable to a life with Rumplestiltskin the Dark One.

Black umbrellas surround Robin’s casket at the funeral. The Storybrooke residents leave flower-laced arrows for the Lord of Sherwood Forest, and Regina’s stony-faced composure only cracked when her sister revealed her baby’s name. Robin, after her father. Roland, Robin’s son, seems to have missed the grave occasion, and hopefully the Storybrooke characters will not have forgotten the little orphan boy (as the writers of the show seem to have). Emma, feeling guilty about Robin’s death and finally grieving for Hook as her father David insisted, approached to say some words at the fallen hero’s grave. Her mourning is interrupted, however, by Hook’s return. 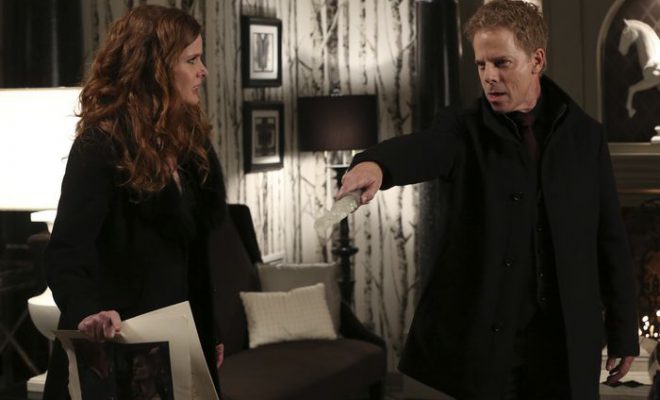 This Sunday’s two hour season five finale episodes, Only You and An Untold Story, which starts at 7 EST instead of 8, promises to focus on the mourning Regina, who may reconsider her stance on alignment. In a way, Hook’s return makes Robin’s death more of a tragedy. Although Emma deserves a happy ending, so does Regina, and so did Zelena. Robin died a hero, protecting the woman he truly loved. That is not to say their story arcs end here, but how much heartache do the writers feel the sisters must endure? However, in this series, death is not always an end, and perhaps the ladies will have their happy ending after all.

Some interesting side notes, Sean Maguire (Robin Hood) told The Hollywood Reporter that show creators Adam Horowitz and Eddy Kitsis are clever and have a plan. However, he also expressed displeasure with the way Robin’s journey ended, saying, “I felt like it was an abrupt end; I didn’t feel the character had any development this year and wasn’t really written for… But I respect the way the guys want to run their show.” A ponderous thought for beloved fans, Last Rites showcased the acting chops of three of its leading ladies, Regina, Emma, and Zelena, and with its heroic death, it pulled at emotional heartstrings. CrypticRock gives the episode 4 out of 5 stars.