ABC’s Fairytale Adventure Once Upon a Time explored more of the Underworld and Hades’ devious plans on Sunday, April 4, 2016 inside the episode entitled Our Decay. With characteristic Edward Kitsis and Adam Horowitz flashback scenes, though, the actions began in Oz. The Wicked Witch, Zelena sought ingredients for a time travel spell which included Scarecrow’s brain. Dorothy rescued her friend, but Hades visited Zelena and helped her find the fugitives. They rode Dorothy Gale’s (Teri Reeves: Chicago Fire TV series, General Hospital TV series) bike and bonded during the experience. Hades wanted to use Zelena’s potion to right the injustice of being designated Lord of the Underworld and unseat his brother, Zeus, as ruler of Olympus. Hades declares love for Zelena, but she rejects his advances, thinking the affection a trick to get the spell. 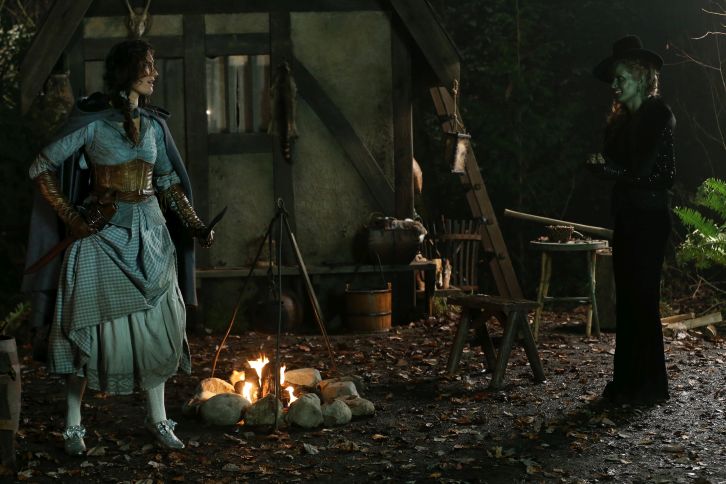 In the Underworld, Hades commanded Rumplestiltskin to create a portal to steal Zelena’s baby. In a striking coincidence, Zelena showed up at the Storybrooke nursery to steal the child just as the portal opened and sucked in the baby. Belle and Zelena leapt into the resulting vortex to protect the child. Zelena was injured during the fall. Belle ran away with the baby. She met up with Rumplestiltskin, who explained the deal he made years ago in Fairytale Land to give up his second-born child. She also learned of her pregnancy and Rumplestiltskin’s return to being “The Dark One.” He tried to reason with her by saying a part of her loved him as The Dark One.

Meanwhile, Zelena enlisted Robin and Regina’s aid to retrieve the baby. Robin allowed Zelena to feed the baby, but she disappeared with the infant. During the escape, Zelena’s magic hurt the baby. She returned to Robin and Regina, tearfully explaining Hades needed her child for the time travel spell. She felt she could not properly protect the infant and asked Robin and Regina to do so. Hades approached Zelena and indicated his intention was to protect her child, not harm it. He claimed he made the world look like Storybrooke to please her, indicating his love for her continued and would until she agreed to love him in return. 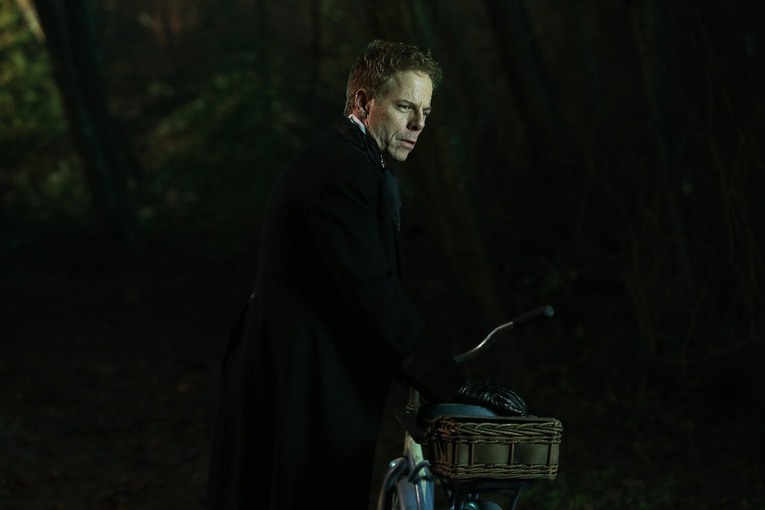 After being called “regulars” at the Underworld version of The Diner, Snow and David worried about the extended time away from their baby, Neal, in Storybrooke and used a magical telephone to send their love. Henry woke to find he had written in the storybook with the magic quill. He did not mean to or remember writing and illustrating the pages, the latest of which involved Neal in Storybrooke, hearing his parents’ voices before he fell asleep. Snow grew determined and proclaimed they must return home, which meant going through Hades.

The flashback with Zelena and Hades as guarded lovers brought a new dimension to their characters. Dorothy was kick-butt cool, even if she failed to save her friend in the flashback. Henry showed more of his broody teenager moods. Belle must be ticked to find not only is she pregnant, but she is to lose her baby to the head of the Underworld, and Rumplestiltskin again lied to her. Robin Hood’s hesitance in naming the child he had with Zelena (the witch had disguised herself as his wife, Maid Marion, to conceive the child and hurt her sister, Regina) may provide some protection for it, since without a name, Hades cannot carve her moniker into a tombstone and trap her in the Underworld. The next episode airs Sunday April 10th and introduces Gaston (from Beauty and the Beast fame) in Her Handsome Hero. Until then, CrypticRock gives Our Decay 3.5 out of 5 stars. 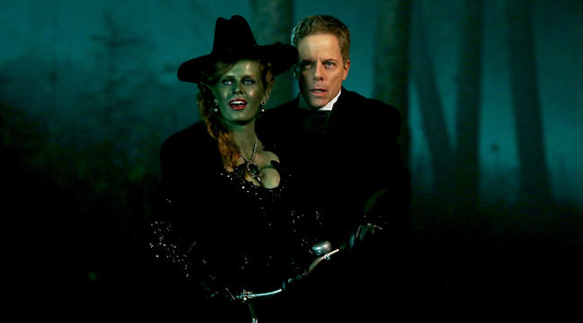