At its heart, the latest episode of ABC’s Fairy Tale Drama, Once Upon a Time, focused on the complexity of sibling relationships. Entitled Sisters, the episode premiered Sunday, April 22nd, and it tugged at the heartstrings of many viewers where some siblings make amends…and some do not.

In the episode James accosted his twin, David, and locked him in prison. When David apologized for his mother’s choosing to keep him and sending James to the castle when they were babies, James laughed and explained, “You stole my glory. You were never half the man I was, but you got everything I deserved.” He assumed David’s place, saying, “You had your fun playing prince. Let’s see what happens when I play shepherd.”

When she encounters James-disguised-as-David, Emma did not recognize the impostor, though he did not identify a photograph as commemorating his anniversary. They took supplies to Robin in the woods to find Cruella joined joined with James. The pair tried to take Zelena and Robin’s unnamed baby. David showed up during the ensuing fight and the brothers grappled, where James said, “Killing you is my unfinished business.” He tried to throw David into the River of Souls, but instead, James fell into the waters of Perdition. Emma tried to console her father, but David grieved, “Despite everything, he was my brother.” 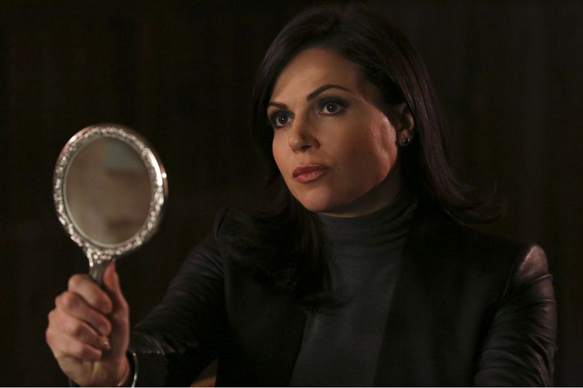 Regina spied on her sister, Zelena, as Hades continued to woo her. Hades told Oz’s Wicked Witch she deserved the real Storybrooke. After Snow’s departure, he had carved all of the Storybrooke heroes’ names on the tombstones, trapping them in the Underworld. He promised once her kiss restored his heart, he wanted to make chaos with her, a proposal of sorts. When Zelena discovered Regina’s spying, she grew defensive and upset. Regina justified her actions by pointing out Hades’ evil intentions toward herself and her friends. When she assumed Zelena’s budding devotion toward the Lord of the Underworld, she called in the woman who best destroys young love, their mother. Regina and Hook rescue Cora from Hades’ torment of reliving the drudgery of life as a miller’s daughter.

In flashbacks, Cora worried when her daughter, Regina, grew sick from using magic. Only blood magic performed by someone who has not harmed her can save the child. Since it was Cora’s wand that sickened Regina, Cora needed someone else to save her daughter. She traveled to Oz to enlist the aid of her abandoned daughter, Zelena. The abused little Oz girl healed Regina, and the children bonded. While playing, Zelena opened a magically sealed box. Only family members could open it. Regina deduced the truth, but sought verification from her mother. Instead of reuniting the family, Cora told Regina the only person she could rely on was herself and had Zelena dragged back to Oz. After, she gave both girls amnesia to forget they were sisters and the love they shared. 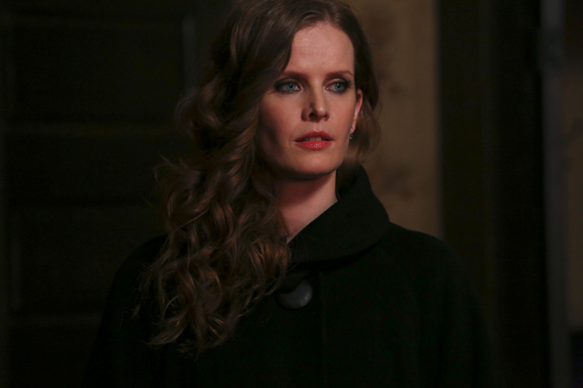 When Cora introduced herself to Zelena, Zelena explained she had always imagined meeting her mother, but in her imagining, her mother’s apology was real. She and Regina fight, but Cora interceded by sharing the memory of their childhood devotion for one another. She hoped to bring the women together and loved them both. They clasped hands, knowing it was never too late for love, especially among family members. Reuniting the family fulfilled Cora’s unfinished business, and she went on to A Better Place. Zelena said, “I waited my whole life to find a mother, and now she’s gone.” Regina told Zelena to go to Hades, that maybe her love could change him and find her happy ending. Apparently touched by Regina’s trust in her, Zelena went to Aunt Em’s abandoned diner preparing for a date, ironically playing the song “I Don’t Want to Set the World on Fire.”

Rumpelstiltskin told his sleeping-spell-affected Belle that he had to do things his way. He agreed to his father Pan’s offer. Before Zelena made it to Hades, Peter Pan appeared, saying, “I hear you’re wicked. I’m worse,” as he throws a sack over her head. What will become of Zelana, and what new obstacles do the heroes of Once Upon a Time face?

Hopefully when the episode Firebird premieres on Sunday, May 1st, it will reveal Rumpelstiltskin and Pan’s reason for kidnapping Zelena, and whether or not Hades’ professed love toward Zelena is genuine. An educated guess leaves a showdown headed by Regina to free her sister. Until then, CrypticRock gives Sisters 4 out of 5 stars. 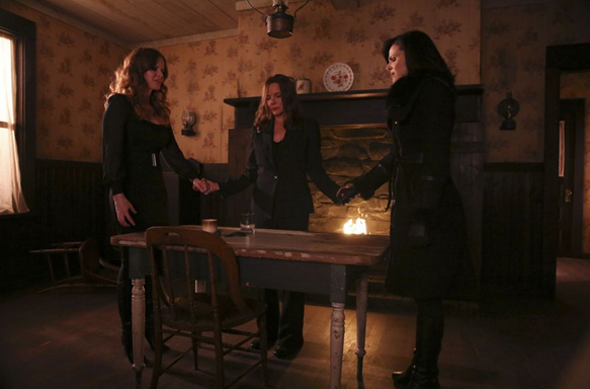 ABC announced, on March 3rd, the renewal of the show for a sixth season. On May 15th, the network will celebrate the fifth season’s finale with a two hour special.

Creepshow (Season 2 Review) Nobody (Movie Review)
Like the in-depth, diverse coverage of Cryptic Rock? Help us in support to keep the magazine going strong for years to come with a small donation.