Once Upon a Time – Strange Cases (Season 6/ Episode 4 Review)

With season 6 of ABC’s Once Upon a Time marching on, the fourth episode, entitled Strange Cases, takes a few interesting twists and turns along the way. Premiering on Sunday, October, 16th, 2016, again, new characters are introduced, while others meet their demise. 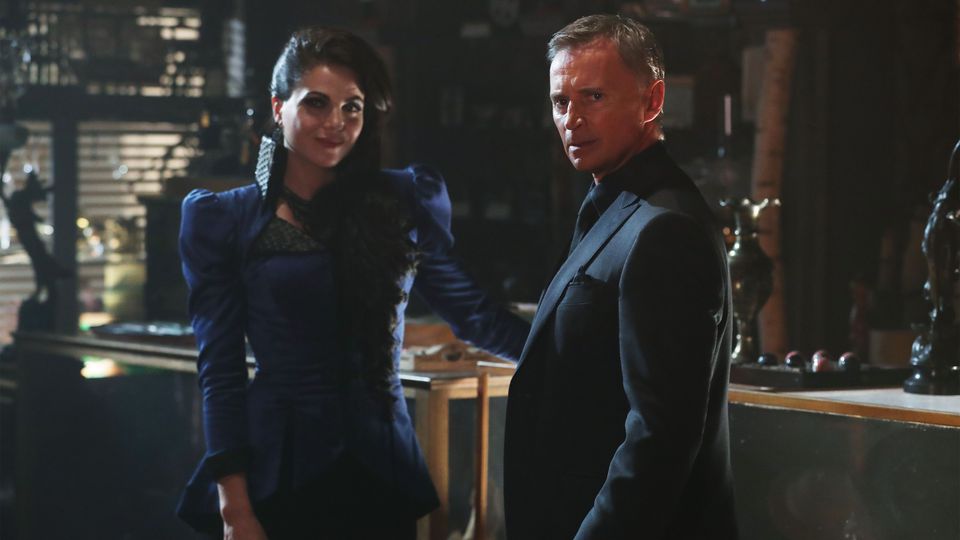 Sticking with the theme of untold stories, it is time for Dr. Jekyll and Mr. Hyde’s tale to play out. Ending the previous episode, The Other Shoe, with the Evil Queen releasing Mr. Hyde from his shackles inside a cell in Storybrooke, it left viewers wondering what sort of diabolical deeds he would be up to. In the meantime, Rumpelstiltskin is looking to change himself, most likely for the sake of Belle’s love and trust. Cutting his hair to change his appearance, he sets out to warn Belle that Hyde will be coming after her and their unborn child. Still distrusting of him, Belle takes shelter on Hook’s ship, but only to be held captive there by a protection spell set by Rumpelstiltskin.

With Belle now safe and secure, or so it seems, the audience is brought back to the Victorian England realm to watch the story of Dr. Jekyll and Mr. Hyde play out. Here, Dr. Jekyll’s love interest, Mary Lydgate (Elizabeth Blackmore: Evil Dead 2013, The Vampire Diaries series), is introduced as the daughter of Dr. Lydgate (Jonny Coyne: Alcatraz series, Nightcrawler 2014), a member of a prestigious science academy that Dr. Jekyll wants to be a part of. Determined to win her love, in the process, Jekyll takes his personality splitting serum only to create the alter ego, Mr. Hyde. Sending Hyde out to meet with Mary, Hyde himself soon falls in love with her, and her him. Tragically ending with Mary plunging out a window to her death, who is behind her murder, Jekyll or Hyde?

Warp forward to present time, Snow White is looking to help Storybrooke find a sense of normalcy again and retains her job as a elementary school teacher. Excited to do so, she meets a brand new character, calling herself Shirin (Karen David: The Scorpion King 2: Rise of a Warrior 2008, Galavant series). Claiming to be Snow White’s new teacher’s assistant, Shirin seems warm, kind, and harmless, but what is she really up to?  As these new stories unfold, Strange Cases ends in one of the bloodiest scenes to date for Once Upon a Time series with both Jekyll and Hyde meeting their untimely deaths. Will Hyde’s reign of terror finally come to an end, or will he be vindicated while the true villain is brought to light? 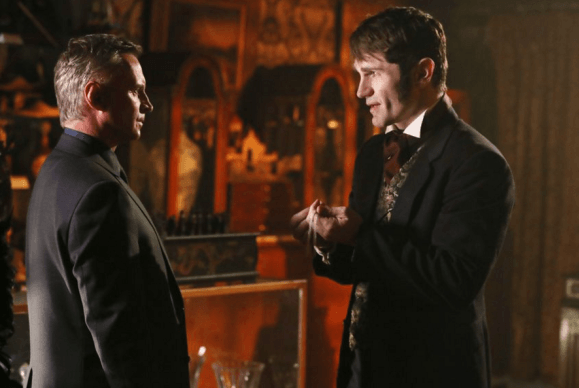 A great deal happens within Strange Cases, and in the process, many clues are uncovered. Most of all, an underlying metaphor is revealed at the end of the episode, tying the wraparound theme all together nicely; essentially teaching that evil can not be separated from one’s self since everyone has a pertinacity for it. That said, change of appearance or ripping the evil out directly from one’s soul, simply will not work. With that said, Regina is faced with this startling realization as she continues to seek ways to snuff out The Evil Queen. Also, Rumpelstiltskin is looking at a similar daunting task as he is searching for ways to remove the dark side of himself.

All in all a very compelling episode, it will be very interesting to see how it all turns for Once Upon a Time’s three key characters; Emma Swan, Regina/The Evil Queen, and Rumpelstiltskin. What can more untold stories tell the audience, and what new plot lines will develop as a result? Only time will tell, but Sunday, October 23rd’s episode, Street Rats, will allegedly finally tie in Aladdin to the crazy and mysterious world of Storybrooke. Until then, CrypticRock.com gives Strange Cases 4 out of 5 stars. 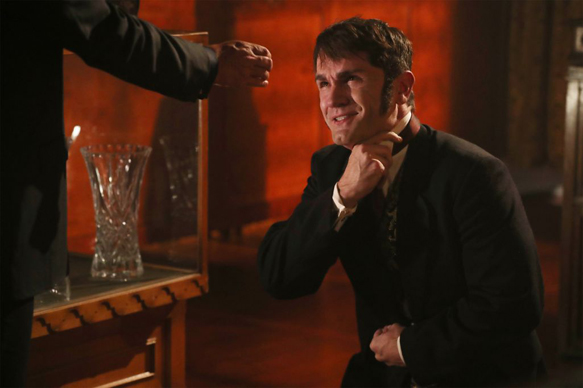