Once Upon a Time – The Savior (Season 6/ Episode 1 Review)

Since premiering in October of 2011, ABC’s Once Upon a Time has opened viewing audiences up to a world of Fairy Tale characters all intertwined in one story. Many stories have been told over the course of five seasons, there are promises for a new direction in season six as series creators Edward Kitsis and Adam Horowitz set to unleash untold stories. Giving fans a glimpse of such with season five’s finale, An Untold Story, Once Upon a Time continued on Sunday, September 25, 2016 with season six opener, The Savior. 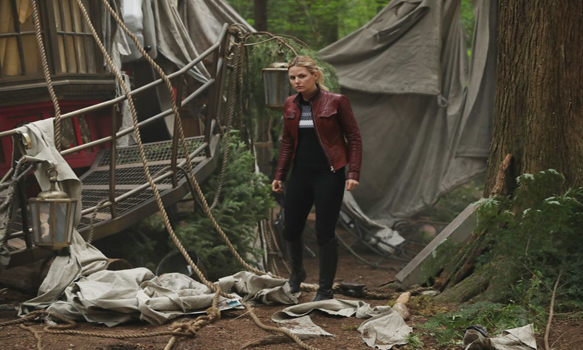 Upon the conclusion of the previous season, viewers dealt with a whirlwind of emotions. For one, beloved character Robin Hood’s soul was obliterated while trying to protect Regina from Hades. Second, Hades is now no longer the key villain since he has been defeated in a heartbreaking realization by Zelena of what his true intentions were. Third, but not least, Hook is back from the dead and reunited with Emma in an improbable turn of events. With key characters gone and new alliances formed, what will be the future for Storybrooke? Well, viewers all know the ongoing struggle Rumpelstiltskin/Mr. Gold has with parting ways with evil to finally be the man Belle wants him to be. They also know that the struggle may be futile, regardless if Rumpelstiltskin often does appear as a sympathetic character.  Well, new challenges face all in season six as they return from the land of untold stories back to Storybrooke.

This in mind, season six opens with a glimpse into where the season may be going with the introduction of Aladdin and Jafar in another realm. In the brief encounter, Jafar leaves Aladdin with saying saviors never “live happily ever after,” to which a reserved Aladdin sees his hand spasms thereafter. A sort of teaser, the audience is thrust back into the realm of familiar characters as the gang now have to face the battle of defeating the rabid Mr. Hyde, unleashed by Mr. Gold into Storybrooke. Fortunately for them, since Mr. Hyde and Dr. Jekyll were separated in the land of untold stories, they have the intelligent and good-hearted Dr. Jekyll to help them.

In the meantime, Rumpelstiltskin is still attempting to awaken Belle from her self-inflicted slumber, and to do so, he infiltrates her dreams. Trying to persuade her to fall back in love with him and come back to reality with their unborn child, Rumpelstiltskin faces a new nemesis in Belle’s dream world. Will he ever win Belle back, or has too many lies been told to mend frayed feelings? 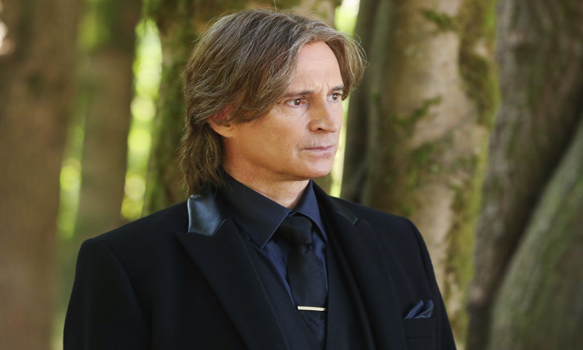 Back in reality, Regina is still grieving over the loss of Robin Hood and dealing with the bold move to remove her evil side forever. Finding new strength in her life, Regina confided in an unlikely person, stepdaughter Snow White. In the promise, her biological sister Zelena becomes a target of animosity for Regina as she openly admits she blames Zelena for Robin Hood’s horrific death. Not ending well, Zelena vanishes in green smoke with her baby in her arm, leaving audience’s wondering, will Zelena turn back to evil ways?

While this is unfolding, Emma is now facing new issues of her own, she is seeing visions and, like Aladdin, is experiencing uncomfortable hand spasms. Conflicted and wanting to know what is happening to her, she seeks the help of a now shackled Hyde. Following his suggestion, she tracks down an oracle, who reveals to her the visions she is experiencing are in fact a look into the end of her story. Frightening to Emma, she is determined to get to the bottom of it all, as well as battle to ease the future and re-write it.

The Savior offered a lot of new concepts for audiences to swallow for a season opener. Continuing plot-lines from the previous season, there are a lot of uncertainties that lay ahead for all the regular characters of the series. Will Emma really finally meet her end? Will Rumpelstiltskin use poor judgement again and do something horrify to try and win Belle? Will Zelena betray everyone and try and destroy them in her anger toward Regina? Most of all, what does Aladdin and Jafar have to do with any of this?

Planned for a total of twenty-two episodes, season six of Once Upon a Time should be an exciting ride that invites a slew of new characters, including the ones mentioned above, and hopefully finds peace for the fallen. The season continues on Sunday, October 2nd, with A Bitter Draught, and there should be a ton of juicy clues unveiled to what will happen next. CrypticRock gives The Savior 4.5 out of 5 stars. 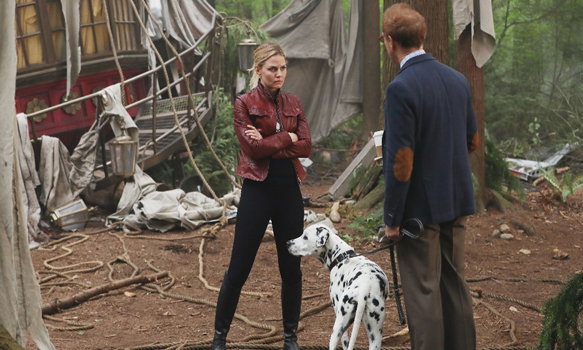