Once Upon a Time – The Twist & Turns of Season 6

Premiering back on September 25th, Season 6 of ABC’s Once Upon a Time has seen a lot of interesting developments. With the introduction of new characters, the mystery of Emma Swan’s fate, and the re-introduction of the Evil Queen, there has been plenty of excitement leading up to the midseason finale of Wish You Were Here. 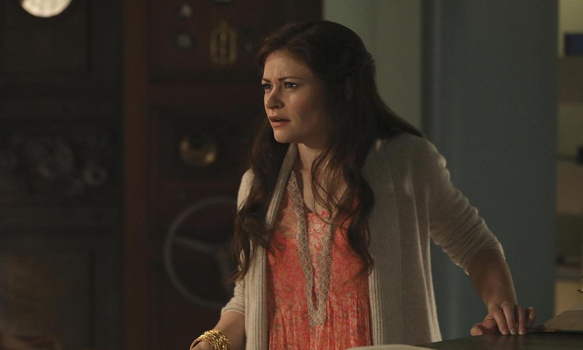 ONCE UPON A TIME – “Changelings” – (ABC/Jack Rowand)

Leading up to this point, in the prior episode, Changelings, the truth about Rumpelstiltskin’s mother is revealed. Flashing back to the past, it is learned he was abandoned by his mother, and her identity is revealed as the Black Fairy (Jaime Murray: Dexter TV series, Fright Night 2 2013). Meanwhile, back in present time, in Storybrooke, the battle is still on for Rumpelstiltskin to win back the hope of love from his unborn son. Unsuccessful, it would seem he had put a spell on Belle to accelerate her pregnancy, or did he? Ending up to not be the deed of Rumplestiltskin, the Evil Queen admits to doing so, leaving the two characters at odds with one another.

In the meantime, in a substory of it all, Jasmine looks to use the gene of the lamp, but finds he is no longer inside. Aladdin, determined to help Jasmine, puts the cuffs on to become the genie. A key player leading into the midseason finale, much more drama laid ahead in Wish You Were Here. 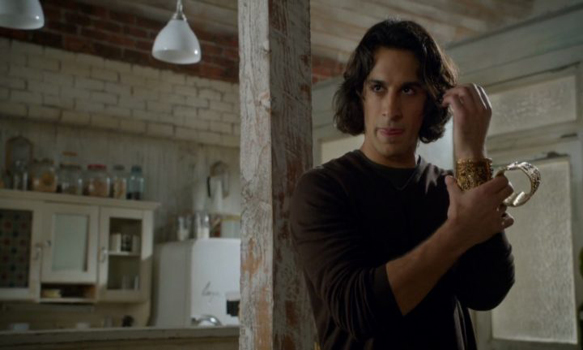 ONCE UPON A TIME – “Changelings” – (ABC/Jack Rowand)

Airing on Sunday, December 4th, Wish You Were Here sees the story of Once Upon a Time’s characters shift in a variety of directions. Belle’s son born is now sent away with a fairy for protection from Rumplestiltskin, but more mystery bestows his future. Drawing closer to Emma’s visions, in a real time standoff, it is found that the sword from the said visions in fact can hurt the Evil Queen and not Regina. The Evil Queen, looking to gain back some leverage, capture’s Jasmine, gaining control of Aladdin and the lamp. Forcing Emma and crew’s hand, Emma puts down the sword so Jasmine is not harmed, but, in the process, the Evil Queen asks the genie to grant Emma’s wish of never being the savior. Emma vanishes into thin air and the audience is immediately thrust into this fantas- time-land where Emma was never sent off by her parents to another realm.

In this dream world, Emma is a princess, Snow White and Prince Charming are old, their kingdom is free of the Evil Queen, and Rumpelstiltskin is imprisoned. Determined to bring Emma back to reality, Regina plays her hand to get a wish from the genie, requesting to be sent to the same place Emma was cast off to. Now looked at as the Evil Queen in the fantasy realm, Regina is challenged to awaken Emma to the realization of who she is really is so they can go back to Storybrooke together.

Interestingly enough, an unforeseen turn of events happens back in Storybrooke and the black hooded figure from Emma’s visions appears. Turning the Evil Queen into a snake, the only conclusion one can surmise is that David’s brief access to the Genie of the lamp wishing the Evil Queen get exactly what she deserve brought on this figure. As the pieces slowly start to come together, the drama heightens as Emma and Regina are set to return to Storybrooke from the spell cast realm, via a magic bean portal, only to be stopped dead in their tracks by Robin Hood. Could this mark the return of Robin Hood or is his existing merely a myriad to prevent Regina and Emma’s return to Storybrooke? 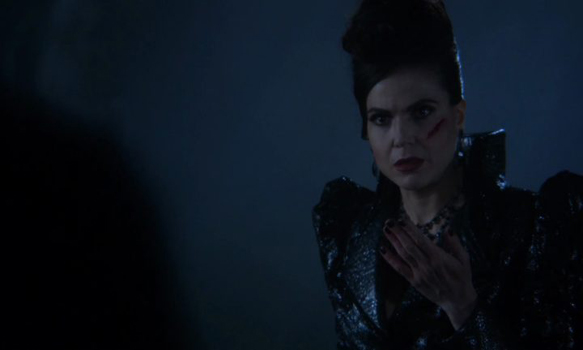 Quite a compelling turn of events, the twists and turns of Wish You Were Here leave many questions unanswered. Most of all, how does Robin Hood’s return play into all of this? Could there be some magic way to take his existence in this fabricated realm and bring him back to life in Storybrooke? There are more than likely the questions most viewers are asking, and his appearance only lasted less than a minute!

As for the rest of the first half of Season 6 of Once Upon a Time, it certainly has been an up and down journey thus far. Some critics may say the introduction of Jasmine and Aladdin has failed, but as Aladdin is wished off to Agrabah with Jasmine, he vows to return. In addition, the story surrounding Belle and Rumplestiltskin’s son, Gideon, seems to be one that will play a major part in what is yet to come. How exactly will the writers tie in who and what he is, and will his destiny be changed? Furthermore, what is to become of Emma Swan? By the looks of it, it appears her vision is becoming a reality and that could only mean her demise, unless something magical happens.

There is still a great deal to be answered in the remainder of Season 6. Breaking for the holidays, fans will have to wait until March of 2017 to see what happens next in the episode entitled Tougher Than the Rest. After the anticipated return, there will be three more episodes to follow, and then who knows what. Until then, CrypticRock gives the midseason finale of Once Upon a Time 4 out of 5 stars. 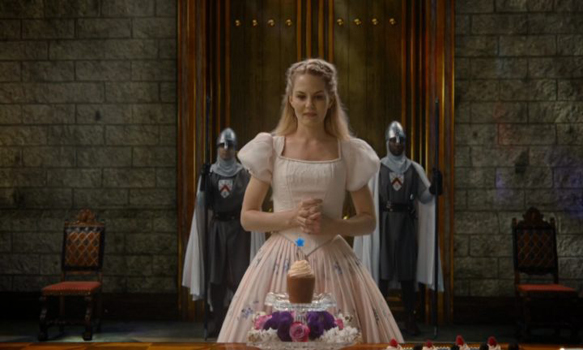