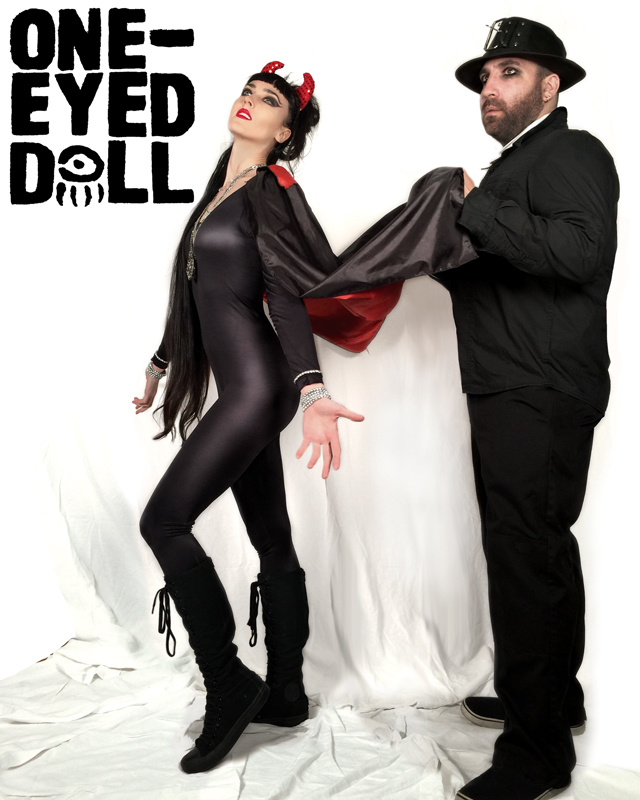 The Austin, Texas music scene has been a flourishing spot for years now, and in 2007, Punk Rock influenced One-Eyed Doll was an addition to the culture. The brainchild of singer/guitarist Kimberly Freeman and drummer Jason Rufuss Sewell, a.k.a. “Junior,” One-Eyed Doll won Best Punk Band at the 2009 SXSW, have toured with the likes of Wayne Static, Otep, Cold, as well as Mushroomhead, among others, and built a name as a unique, sometimes obscure act. Releasing their debut album Hole in 2007, the duo followed up with series of self-released albums, with their last being 2012’s Something About A Dragon? Now signed to Standby Records, Freeman and Junior are back with sixth studio album Witches. Written as a concept album, Witches is based on historical research of the Salem Witch Hysteria. Freeman states, “Many of the lyrics are direct quotes from the original handwritten witch trial court documents. The songs explore different personal accounts from real people and touches on theories about why it happened. It is meant to be listened to in one sitting, from beginning to end, like a movie.” Intriguing in theory, now fans get to dig into the work due out March 24th.

Witches opens with “Ember,” a resounding and defiant track with a potent and driven melody. The vocals are wild and haunting, eliciting a deep, moving response. “Prayer” is a nostalgic, rustic melody that is reminiscent of medieval times. A serene and calming voice entangles with the melody providing an emotive result. Changing themes, the next composition “Black in the Rye” is heavy and powerful with a riveting sound and sultry, luscious singing. “A Rope for Mary” takes a somber, deliberate turn with a moving and enchanting melody comprised of slow, decadent riffs entwined with a morose, lingering voice. Intense and poetic, it sets a precedent that will be hard to top. Breaking the pace, “More Weight” is sharp and rebellious with a dramatic contagious sound and a fierce vigor that intensifies the already memorable album. Then “Remember” sinks back into the historic, rich melodies and colorful, vibrant composition as Old Fashioned mandolins lend a broad, complex tone. Once more picking up the pace, the swift tempo of “Witch Hunt” takes the stage with a hypnotic and vivid melody. Enticing and captivating, the track lingers long after it has ended. The track “Stillness” has a soft ambiance that is not easy to pull off. Cryptically haunting, yet relaxing, it combines several layers of complexities into an easy to listen to melody that sticks with the listener. Keeping the listener on their toes, “Afflicted” adds a unique techno sound that is deep and decadent. Complex variety makes this song hard to forget, and difficult to put down. Coming to a close, “The Ghost of Gallows Hill” is a rambunctious, gripping track that embodies a dark, devious melody that closes the album on a dulcet, beautiful note.

Witches is an album that has something for just about any Rock lover and contains a complex variety of sub categories that make it merely impossible to find flaws with. Possibly One-Eyed Doll’s best work today, they have found a successful style all their own that will translate into a bigger audience than they ever garnished before. Simply put, Witches is a must have staple that will never get stale, old, or boring. While Freeman can best be described as an artistic eccentric, her vision for this album works marvelously while the color and emotion mesh together perfectly. The band is currently on tour in support of Witches through May 1st, so do not miss a chance to witness them live. CrypticRock gives Witches 5 out of 5 stars. 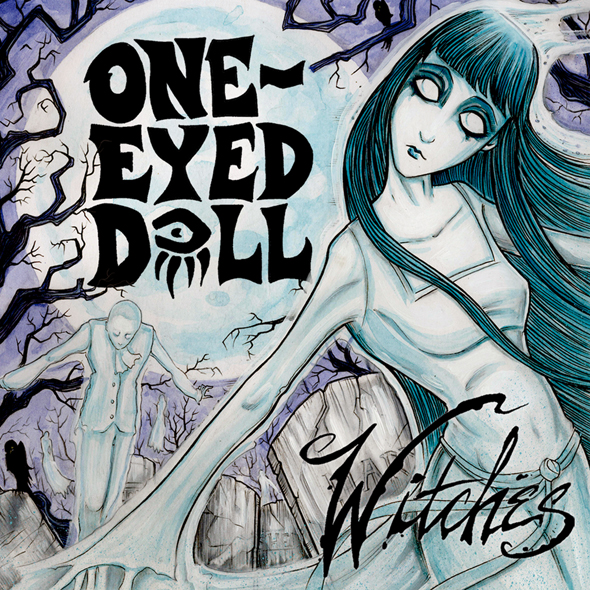