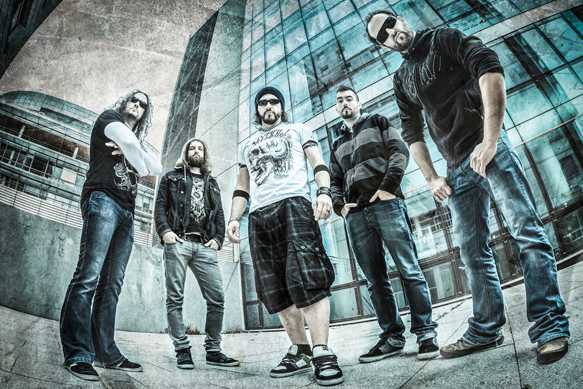 For many Metal bands, eclecticism is the name of the game. Such musical acts employ the contrast of loud and soft dynamics, tension and release, and the incorporation of dissimilar styles of music. This interplay of extremities is what so often makes art and music interesting. This has been a trick utilized by Avant-Garde Metal and Progressive Metal bands for decades. One-Way Mirror’s approach to this issue comes in a similar form. The members of this French Modern Metal super-group spread widely enough across the spectrum of Extreme Metal to envision a style all their own. In its first incarnation, the band was formed form parts of Soilwork (drummer Dirk Verbeuren), Mnemic (vocalist Guillaume Bideau), Scarve (bassist Loic Colin), and Lyzanxia (guitarists David and Franck Potvin), melding the sounds of Melodic Death Metal, Technical Death Metal, Groove Metal, and Metalcore, with an added element of Alternative Metal and (gasp) Nü Metal. One-Way Mirror’s first record was released in 2008. This self-titled bulldozer of an album laid the groundwork for the carnage they would wreak in the years to come. For their sophomore release Destructive by Nature in 2012, Colin was replaced by that of General Lee’s Vincent Perdicardo, and drumming duties were similarly seized by T.A.N.K.’s Clément Rouxel. The group had not lost any of the energetic driving force that made their sound in ’08, but they had definitely built upon their Alt-Metal vibes. Three years later, One-Way Mirror felt it time to deliver a follow-up, and they titled it Capture.

One-Way Mirror did anything but turn down the energy on Capture. They remain as immediate as ever. The album has an overwhelming air of Alternative Metal. “Confusion Core” and “Screenshot” represent OWM’s personal patent brand of groovy Alt-Metal fully equipped with a “say it to my face” mentality. David and Franck Potvin and Perdicardo similarly own “The Clock Is Ticking” and, like a subtle, sonic coup d’état, seize command of the track and become the song’s primary driving force by its end. By halfway through the album, it becomes clear that classifying OWM’s style is not a simple endeavor, and by their cover of Labelle’s 1974 Soul hit “Lady Marmalade,” it would be advised to give up hope on that task. Songs like “Neglected Skies” and “Cliffs” taste like songs that would somehow emit flavors of Gojira and Heaven Shall Burn, whilst retaining One-Way Mirror’s individual style.

It would be foolhardy to discuss One-Way Mirror without mentioning the vocals. Bideau exemplifies appropriate levels of Metal vocalist virility. He is commanding and unsatisfied. What is striking is his vocal delivery in “We Love to Complain” and “Stinkin’ of Gold,” wherein he occasionally crosses into territory of what would often be considered rapping. Moreover, the band blurs other boundaries in “Warnings” with their extensive use of electronics and post-production supplementations. “Fuck Your Autotune” is similar and incorporates choppy and heavily produced guitar sounds, apparently as a satirical, tongue-in-cheek jab at those who depend on auto-tuned vocals outright.

Capture shows the progression of One-Way Mirror in a sheer way. The band has grown more comfortable with their style and has refused to cease their bearing of teeth. The quartet seems to have grown insatiable for revolution, and this album is a testament to that. CrypticRock gives Capture 3.5 stars out of 5. 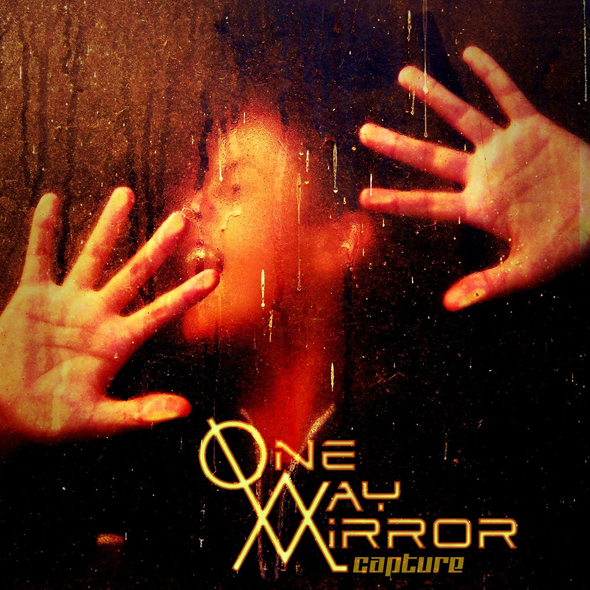 Candlebox – Wolves (Album Review) Rob Zombie – The Lunar Injection Kool-Aid Eclipse Conspiracy (Album Review)
Like the in-depth, diverse coverage of Cryptic Rock? Help us in support to keep the magazine going strong for years to come with a small donation.