OneRepublic – Oh My My (Album Review) 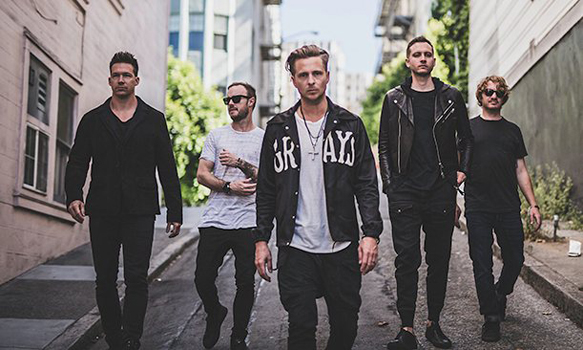 Platinum selling American Pop Rock band OneRepublic has been actively releasing music for almost fifteen years now. Consisting of Ryan Tedder (lead vocals), Zach Filkins (guitarist), Drew Brown (guitarist), Brent Kutzle (bassist and cellist), and Eddie Fisher (drummer), their initial success was reached through Myspace as an unsigned act. Destined for big things, they released their debut album, Dreaming Out Loud, in 2007, led by the single “Apologize,” remixed by Timbaland, gaining so much success that it was nominated for a Grammy Award. Additionally, the second single, “Stop and Stare,” matched that success and the album attained Platinum status.

Following up with Waking Up in 2009, singles “All the Right Moves,” “Secrets,” “Marchin On,” and “Good Life” reached the top ten of the US Billboard Hot 100, assuring they were not just a flash in the pan. Taking a little break, they did not release their third album, Native, until 2013. Losing no momentum, it was their first top ten album on the Billboard 200, and highest-charting album to date at spot 4. Now three years later, on October 7, 2016, OneRepublic return with their latest album, Oh My My.

Their longest album to date, clocking in at just over one hour worth of music, the sound of Oh My My is newer and more modern than their previous work. That said, the group made a decision to maintain the human side of the music and make sure that the listeners can really hear each instrument as opposed to a lot of today’s Pop music saturating airwaves.

Collaborating with some other big names in the production of Oh My My, naming one of many, promotional single “A.I.” features former Genesis Frontman Peter Gabriel. The song starts off with a predominantly electronic sound with a steady drum beat, and as the chorus comes in, the listener can start to hear the other instruments. Possessing more edginess than their previous material, it is one of the many highlights on the album.

Additionally, album title-track “Oh My My” features French Synthpop duo Cassius. Starting off with the sound of the cello and carrying on to pick up a catchy drum beat, Cassius helped add a more synthetic sound throughout the chorus. This is while French lyrics weaved in through the regular ones. The final collaboration piece, “NbHD” features Singer Songwriter Santigold. Unlike the other tracks, this one has more of the instrumental feel and less of the electronic. Coming together, Santigold and Tedder harmonize to deliver a different sound from the other pieces on the album.

Sixteen tracks in total, all shine in quality and unite as a cohesive piece. Singles such as “Wherever I Go” and “Kids” are sample sizes of what the rest of the record has to offer. Those expecting Native, will sadly be disappointed. That in mind, Oh My My is a record which needs to be listened to a few times to truly absorb. Other noteworthy efforts on the album include album opener “Let’s Hurt Tonight,” “Future Looks Good,” the Funk-vibed “Better,” “Human,” and the closer “Heaven.”

While accessible to Pop radio, it is deeper than the average listen, musically and lyrically. Much more modernized than their other music, OneRepublic has done a good job of using Oh My My to combine their style with the new modern age style of music sweeping the industry. With cool new tracks that will most certainly appeal to various audiences, despite some long-time fans,  Oh My My is a fresh and exciting album. CrypticRock gives this album 4 out of 5 stars. 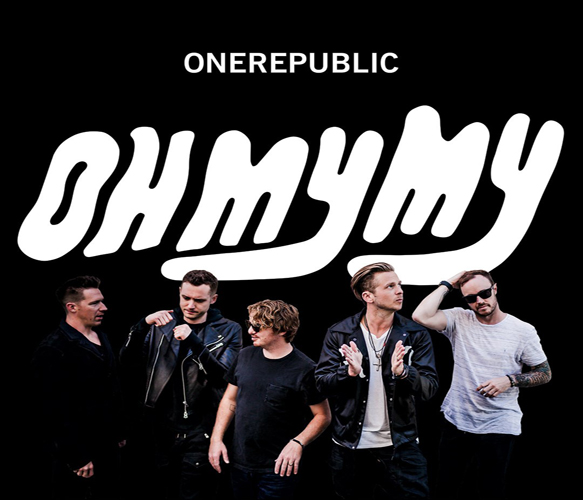 Sara is an outgoing college student who uses all sorts of music as a soundtrack to her everyday life. Genres of music spanning all the way from Country and Indie to Alternative and Punk are in her playlists. Currently, Sara is a Journalism major at Stony Brook University, unsure yet of which avenue she wants to take her career.