After centuries of marriage, Adam and Eve are still madly in love. They are physically beautiful, multi-talented, cultured, and brilliant. They are also vampires.

Only Lovers Left Alive, written and directed by Jim Jarmusch (Coffee and Cigarettes, 2003; Broken Flowers, 2005), is not so much a vampire movie as it is a romance in which the central characters just happen to require blood for survival. This is not to say that the concept of vampirism was thrown in with no purpose; the exploration of a relationship that has endured for centuries is what makes this understated tale interesting. 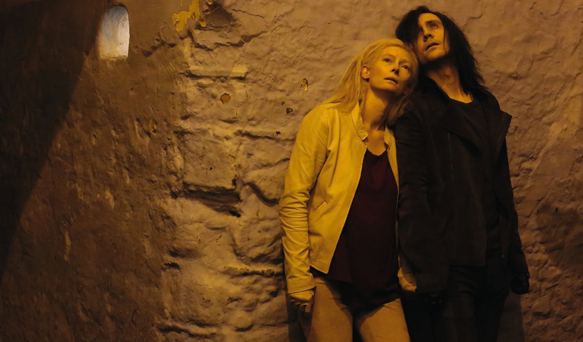 The central conflict of the film is that Adam (Tom Hiddleston), a reclusive rock musician, is depressed. Disapproving of their carelessness, ignorance, and ingratitude, he has grown weary of sharing the world with mortals, whom he ironically refers to as “zombies”. His sadness is profound, and he begins preparations for ending his life. Instead of giving in to desperation right away, however, he reaches out to his wife, Eve (the ever-ethereal Tilda Swinton), who lives in Tangiers, Morocco, and asks her to join him in Detroit. Although travel poses some difficulties for vampires, she obliges.

The two share a quiet life, which is somewhat unexpected for creatures of the night. Unless visiting a nearby hospital where a Dr. Watson (Jeffrey Wright) provides him with blood, Adam rarely leaves his home. His renown in the underground music scene only serves to make him retreat further into anonymity, and, besides Dr. Watson, his only contact with the outside world is through Ian (Anton Yelchin), a music industry acquaintance who acts as Adam’s errand boy. Eve is somewhat more outgoing, and when her uninhibited sister, Eva (Mia Wasikowska), appears on the scene to stir up some trouble, the two convince Adam to join them in an outing to a club, this being the most energetic sequence in the film. 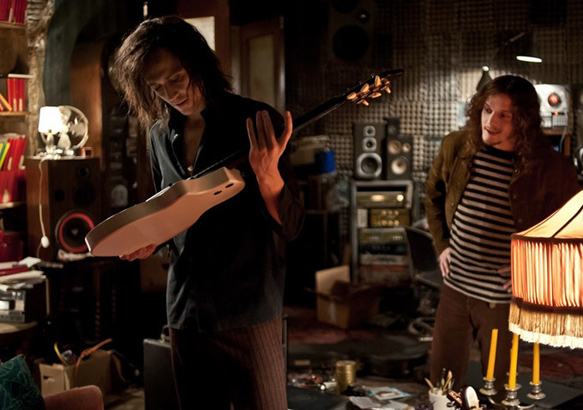 The lack of action is appropriate, however, as Adam and Eve are cerebral types. They value art and science above all else, and references to literature and scientific theories abound. Eve’s closest friend is, in fact, fellow vampire Christopher Marlowe (John Hurt), real-life author of Doctor Faustus, among other classics. For those who share common interests with these characters, one of the most entertaining elements of the film is the gratification that comes from recognizing the literary “Easter eggs” scattered throughout the film.

Making up for the languid pacing of the film are its aesthetics. Although Adam lives in a relatively modest house in desolate Detroit, the interior shots are suffused with a soft light that creates a feeling of sumptuous warmth. Scenes shot on location in Tangiers offer some exotic views, and, of course, the lead actors are easy on the eyes as well. The soundtrack, full of pleasant funereal melodies, suits the brooding atmosphere perfectly. Credit for a number of the instrumentals goes to Jarmusch himself, whose band Sqürl contributed heavily to the score.

One element that is missing from the film is eroticism. While sex is certainly not a necessity for good cinema, with “Lovers” in the title, two characters who share their names with the first people to have offended God with sex, and beautiful people playing those characters, the film sets the expectation for fireworks. However, the chemistry between Adam and Eve is subdued. Eve’s approach to Adam is more maternal than anything. One gets the sense that she is the older, wiser vampire. While Adam is experiencing his first bout of world-weariness, Eve has been through this before. She has learned to ignore the petty and intrusive “zombies” and to embrace her life as it is — somewhat solitary, but rich. Most of the time, she regards Adam’s pain with the vague amusement and knowing, sympathetic smiles usually reserved for a child who is crying over a scrape on the knee. She knows the hurt is profound, but she also knows the hurt is temporary. 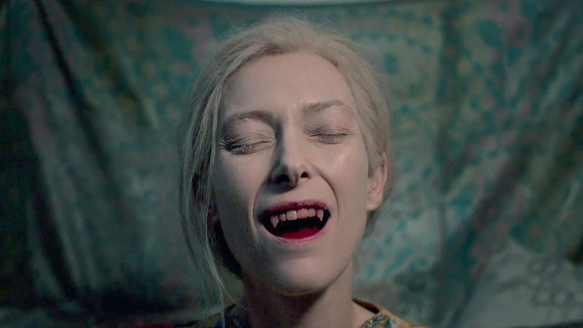 While the lack of passion is disappointing, it is also realistic. Any woman who has had the experience of caring for a long term lover experiencing depression — or even a head cold — knows how quickly a man can regress to a childlike state of neediness, and how naturally the caretaking instinct kicks in. This relationship is not struggling or dying. The viewer simply encounters the couple in the midst of a mental health crisis, but one can easily visualize the passion that takes place outside of the context of the film. Adam and Eve, though reserved now, sparkle with their implied shared history, and they are so lovely, so worldly — to put it simply, so cool — that the “zombie” viewer feels privileged to have spent some time with them.  CrypticRock give Only Lovers Left Alive 3.5 out of 5 stars. 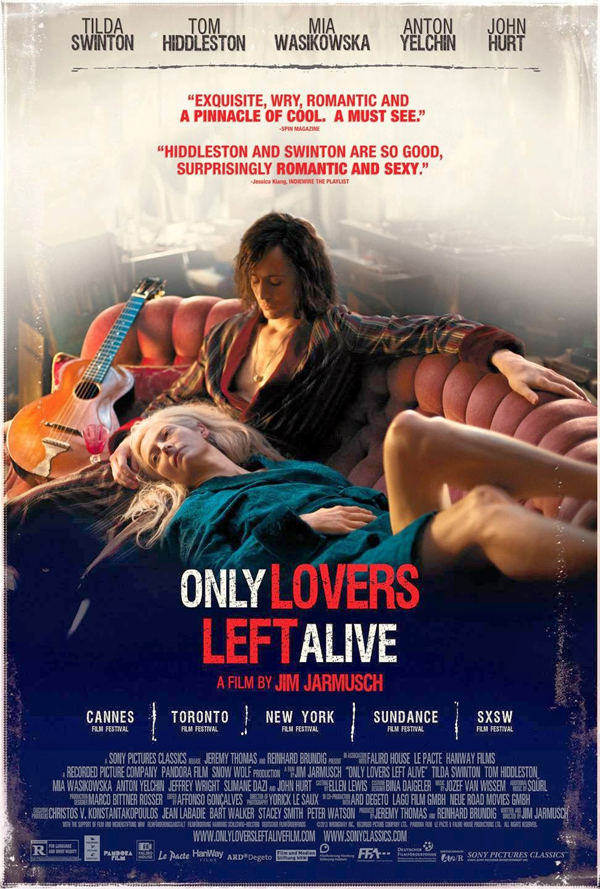