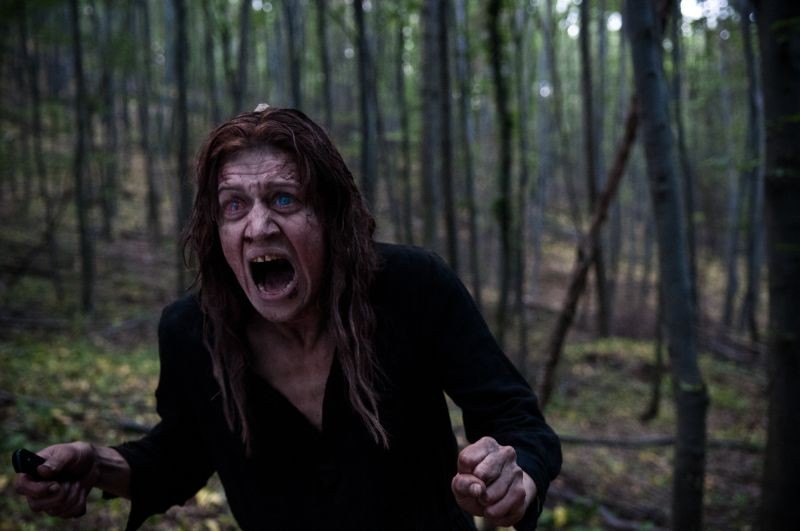 In 2013 we saw the usual influx of zombie movies including the much publicized World War Z starring Brad Pitt. Yet another movie released last year titled Open Grave went under the radar. It was highly underrated and perhaps one of the most interest zombie movie of all time. Open Grave is the latest film by writers Chris Borey, Eddie Borey (Give Baby a Kiss 2012, Deadly Beloved 2009), Director Gonzalo Lopez-Gallego (Apollo 18 2011, El rey de la Montara 2007).  Released for the first time in North America on the 3rd January 2014, Open Grave is an innovative clawing intense movie, starring veteran actors so in touch with their characters that they almost makes the zombie apocalypse seem like an afterthought.

A lone man played by Sharlto Copley (Elysium 2013, District 9 2009) wakes disorientated, temporarily paralyzed, and looks around himself. He is in a massive deep terrifying open grave with piles of bodies beneath him in various stages of decomposition, having no memory of who he is nor how he got there. His body overwhelmed by the intense smell is racked by vomiting. Calling out for help a mysterious woman known only as brown eyes, throws a rope over the side and rescues him, and not for the last time. 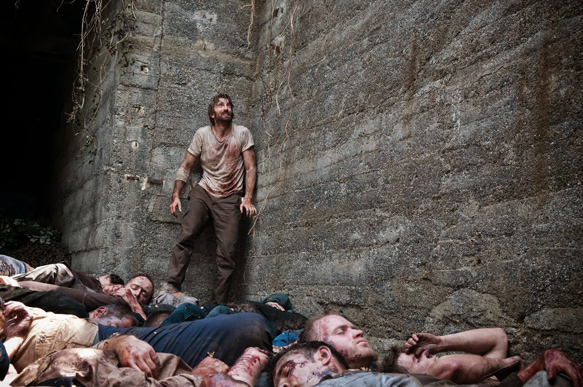 Brown Eyes, played by Josie Ho (Contagion 2011, Butterfly 2004) runs away and the man makes his way to an old house where he meets five other strangers; three men, and two women who also have no memory of who they are or why they are there together. Drivers licenses show the blonde woman to be Sharon played by Erin Richards (The Quiet Ones 2014, Expiry Date 2005) , and three of the men named Michael played by Max Wrottesley (The Cosmonaut 2013, Hugo 2011), Nathan played by Joseph Morgan (Immortals 2011, The Vampire Dairies 2009) and Lucas played by Thomas Kretschman (Wanted 2008, King Kong 2005). The man from the open grave becomes known as John Doe for now, and the woman that helped him out of the hole appears to be mute and they cannot recover her identity.

Each person is suspicious of one another; similar to Saw 2 or 3, when people wake up locked in a building together with no knowledge of how they got there.  Despite their lack of trust they form a sort of makeshift group, investigating the house and surroundings to discover where they are and who did this to them. A calendar in the house has April 18th circled in red as if it were a very important date. John feels compelled to figure out why and this passion drives his actions throughout the film. 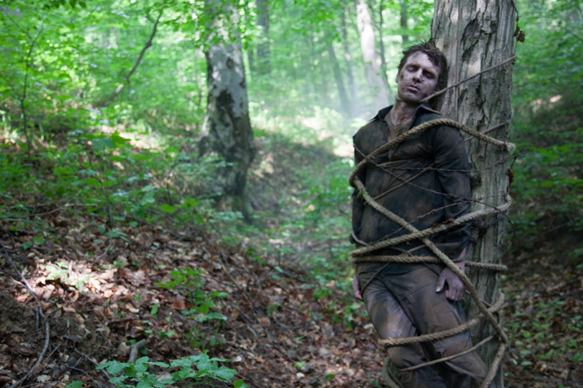 When John, Sharon, Lucas and Nathan survey the surrounding woods, they find several dead bodies tied to trees with barbed wire, or hanging from trees like macabre decorations. This only terrifies the group more and pushes them towards finding answers.  They find the mute woman feeding a crazy psychotic lady tied to posts with compassion, then lock her back up once she has finished, alarming and concerning the group. Michael, who walked away on his own, tries to help a screaming man who is tied between fences.  This event takes an ugly turn, making the group realize there is more going on in this place than they could imagine.

John and Sharon are able to find a young boy who seems to know John’s name as Jonah. John/Jonah and Lucas are starting to exhibit signs of aggression and being sick, while the mute lady seems benevolent and kind.  After much searching Lucas finds a crazy woman holding her dead daughter in a cage. When he draws attention to himself, the mother goes crazy and tries to attack him. Lucas shoots her and finds a video camera that shows evidence that seems to suggest Jonah had been doing evil Nazi-like experiments on people, which is why they threw him in the hole.

Each of the group starts recalling flashes of information from their past, and their feelings of familiarity, which only enforces Jonah’s fear he was a bad man. But was he? The more they each look around and recall, the more things fall into place.  This raises the question, was Jonah doing experiments on people or was he trying to help people.

A tightly woven layered story, Open Grave delivers all it promises and more. For every answer there is another question, taking you on a twisted journey of hope and redemption.  What if your only hope for redemption was a mute lady that can’t write English? What if you are doomed to repeat your mistakes over and over as mankind lay wasting away?  If you never watch any other zombie movies, this is the one you must watch. Open Grave is an incredibly clever movie with excellent acting and complimentary musical score by Juan Navazo (La piel azul TV Mini Series) .  CrypticRock give this movie 5 out of 5 stars. 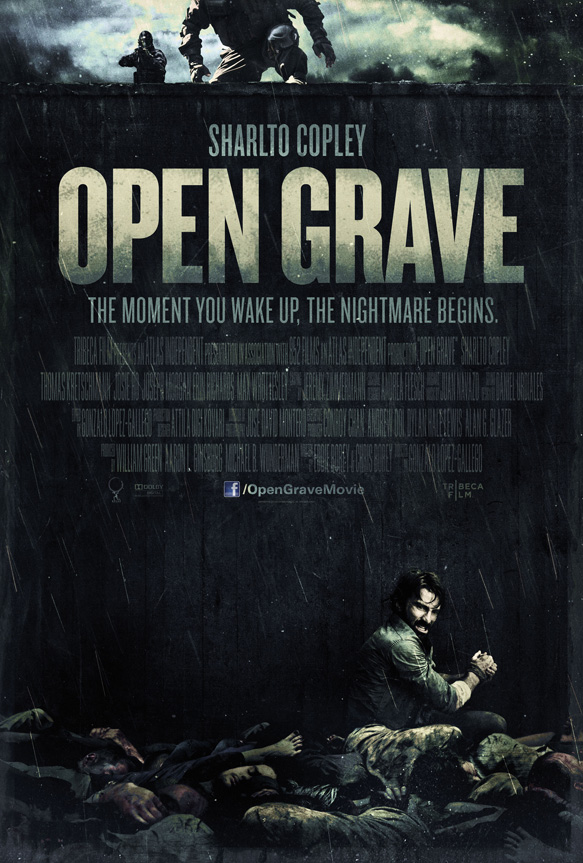