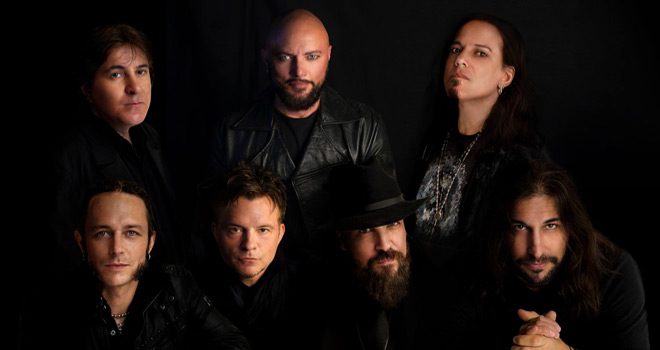 Singer-Songwriter Geoff Tate amassed a highly-regarded reputation for himself as the frontman for the Seattle, Washington based multi-platinum-selling Progressive Hard Rock/Metal outfit Queensrÿche. Right from the start, Queensrÿche climbed the ranks of Metal with their 1983 self-titled EP, and soon Tate was one of the most recognizable voices in the genre.

Throughout the 1980s and 1990s, Tate’s vocals reigned supreme via a wide-range of diverse Queensrÿche tunes off chart-topping albums like 1986’s Rage for Order, 1988’s Operation Mindcrime, 1990’s Empire, and 1994’s Promised Land. Notwithstanding, Queensrÿche’s biggest hit, “Silent Lucidity,” reached No. 1 in 1990 on Billboard’s U.S. Mainstream Rock Chart, thus exposing arena size audiences to one of the most underrated bands and voices of their generation.

As everyone knows by now, it was in 2012 Tate and Queensrÿche sadly parted ways, embarking on separate musical endeavors – as Queensrÿche hired new singer Todd La Torre. Soon, Tate’s new project, Operation: Mindcrime, marked a new beginning for the quintessential frontman who still has supreme musical ability flowing in his veins. Taking part in Tate’s new experiment, former Queensrÿche Guitarist Kelly Gray and an array of musicians would begin work on what would become a Progressive Rock trilogy showcasing the many talents possessed by Tate.

The first chapter, 2015’s The Key, and the sequel, 2016’s Resurrection, brought back similar imagery, initially portrayed by Queensrÿche’s brainchild of a concept album – the aforementioned Operation Mindcrime. This time, Tate delves deep into the story of a man battling a new enemy, something greater than all of us, and the struggle to overcome. Needless to say, many Queensrÿche fans followed Operation: Mindcrime and were pleased with Tate’s new music as they awaited the third chapter.

Now, the good people at Frontiers Music S.R.L. are elated to announce the much anticipated third and final chapter, The New Reality, set to be released Friday, December 1, 2017. Taking part in the final chapter with Tate and Gray are a host of notable musicians – Bassist John Moyer, Drummer Simon Wright, Drummer Brian Tichy, Guitarist Scott Moughton, Drummer Mike Ferguson, and Drummer Scott Mercado. With much credit due, The New Reality is produced by both Tate and Gray respectively, showing Tate’s distinct and vast imagination at work throughout the album.

Right away, the opening number, “A Head Long Jump,” asks for a leap of faith, reassuring that – no matter what the challenge – dreams can come true. This is before, “Wake Me Up” depicts a shaken person – woken from a dream – seeking some sort of escape from what pains them so dearly.

Moving further into the story, “It Was Always You” is defiant in not taking the blame, pointing the finger toward the true villain as Tate introduces a Saxophone -vividly changing the climate of the mood. Suddenly, “The Fear” mysteriously brings the notion something huge is brewing as “Under Control” takes power while “The New Reality” stays free in the 21st Century.

Furthermore, “My Eyes” warns you to pay attention as someone may be watching. Then, the symphonic instrumental “A Guitar In Church?” plays like a soundtrack over movie credits – though the story has not concluded. An ominous warning, “All For What?” begins quietly before thunderously proclaiming one’s actions may be leading them nowhere.

Nearing the conclusion of this tale, “The Wave” and “Tidal Change” somberly carry us into the closing number,”The Same Old Story.” Closing the curtain on a dramatic trilogy, “The Same Old Story” leaves much to the imagination by allowing the listener to draw their own conclusion in an expected, yet gripping ending. Anyone familiar with Tate’s previous conceptual efforts is well aware one clear answer is never defined, and that is the underlying beauty in Tate’s work.

Overall, Operation: Mindcrime bring forth a fitting third installment with The New Reality. Tate has shown no signs of slowing down nor should he as his vocals and songwriting talents prove strong as ever. Die hard fans of Geoff Tate, go out and find The New Reality. Plus, remember to check out The Key and Resurrection to get a full taste of this epic trilogy. One can only wonder what Operation: Mindcrime has in store for us next. A true saga, CrypticRock gives The New Reality 3.5 out of 5 Stars. 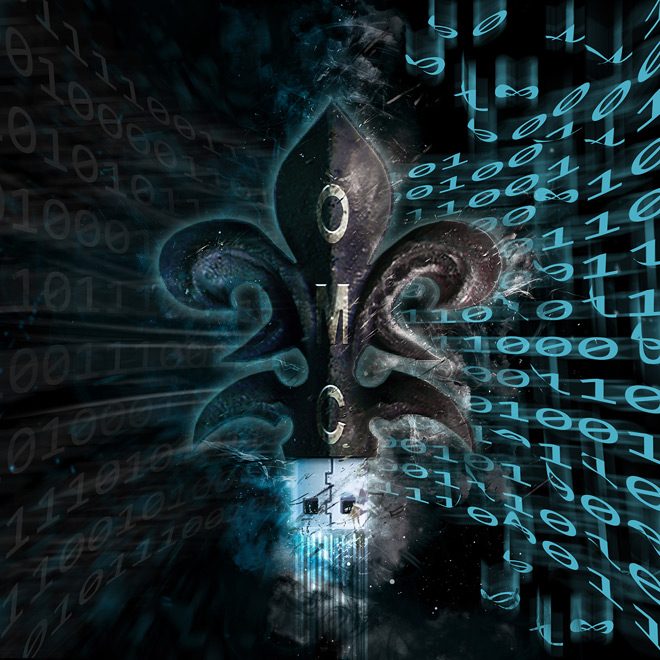 Todd La Torre – Rejoice In The Suffering (Album Review) Trivium – In The Court of the Dragon (Album Review)
Like the in-depth, diverse coverage of Cryptic Rock? Help us in support to keep the magazine going strong for years to come with a small donation.