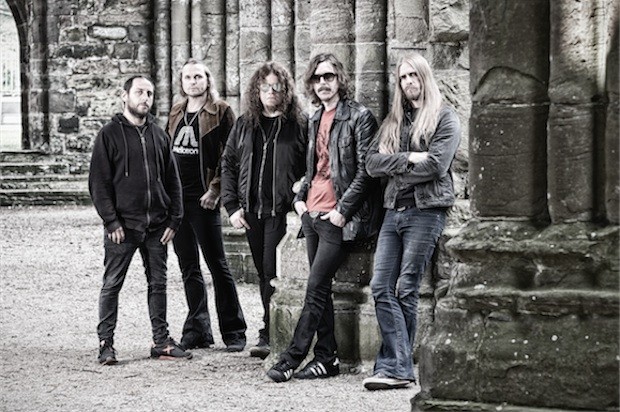 Complacence is a trait too many bands end up adopting with success; money making formulas that are more repetitive than annoying presidential commercials these days. Thankfully, for the true musical aficionado, there is Opeth with their expansive and dynamic styles; stagnation is not an option with these masterminds from Sweden. While their 1995 debut album, Orchids, heavily established the band’s Black and Death Metal influences. It laid a much more diverse path ahead for their fans, lined with melodic inklings and techniques that were far beyond anything coming out of one of the world’s bastions for Extreme Metal. While the lineup and artistic direction for the band has often gone through changes over the years, Mikael Akerfeldt has kept the band on steady course maintaining Opeth’s unflinching integrity.

That said, aside from interchanging cast members, the band has also only reinforced their perseverance through multiple label changes, as 2014 saw their last album, Pale Communion, released via Roadrunner Records. Holding a consistent lineup for a decade now, with long-time Bassist Martín Méndez joining Drummer Martin “Axe” Axenrot, Guitarist Fredrik Åkesson, and newest member since 2011, Keyboardist Joakim Svalberg, Opeth are as strong as ever. Fast forward to 2016 ,which houses the September 30th release of their first album on Nuclear Blast, their first with English Producer Tom Dalgety, Sorceress.

There is nothing quite like being entranced by the articulate arpeggios of acoustic serenades, grasping every bit of one’s attention, perfectly executed by the initial track “Persephone.” Fading out, the intro gives way for one of Opeth’s most complex, layered songs they have done to date, “Sorceress.” The track bursts to life with a coupling of bass, drums, and keyboards that stir an almost Doors-like essence, which even famed Keyboardist Ray Manzarek would be impressed by. Masters of misdirection, Opeth switches gears with class as they bring in sharp and bludgeoning chords that remind any fan, while they have evolved past their Metal backgrounds, that influence is still there and true. The instrumental breakdown in the “Sorceress” offers a focused and original coupling of all the earlier sounds to an almost Jazz-like state. Akerfeldt’s vocals unite with lyrics, offering an almost haunting state to the song, only further adding to the spell it puts the listener under.

Moving on, one of the highlights to the album, from an instrumental standpoint, is the mind-melting solo work on the track “The Wild Flowers,” as the crisp Metal guitar solos will have even the bravest of guitar players suffering from a case of envy. While already stated about the Jazz and Metal-like influences to the album, the genius Folk-like touch with the track “Will O The Wisp” is simply breathtaking. This is the very style that will have any fan transported to a whole new world. Unlike most albums in these days of hit “singles,” Opeth has made a true masterpiece which may not be a concept album, yet taking a single song out of context almost derails the whole listening experience.

It has been said that there is a vast difference between a musician and a composer; Opeth has become the very poster child to this testimonial. Akerfeldt and company never failed to take all their influences, as diverse as they are, and bring them together in harmony versus making it sound like a bipolar “cut and paste” job. While so many artists with multiple releases are easy to pinpoint which album may be the strongest work, Opeth continues to deliver a monumental achievement with every coming release.

With the twelfth release of their monumental history, The Sorceress is not only an album that separates Opeth from the rest of the music industry, but an album that is unique altogether from this day and age. Opeth’s live shows always have further brought every album to life; with a European tour just getting underway, it will only be a matter of time for them to bring their new creation to life in The States. This September 30th, make sure to get orders in and begin prepping for the live act, as this may be one of the best albums to come out in 2016. Proudly, CrypticRock gives Opeth’s Sorceress 4.5 stars out of 5 stars. 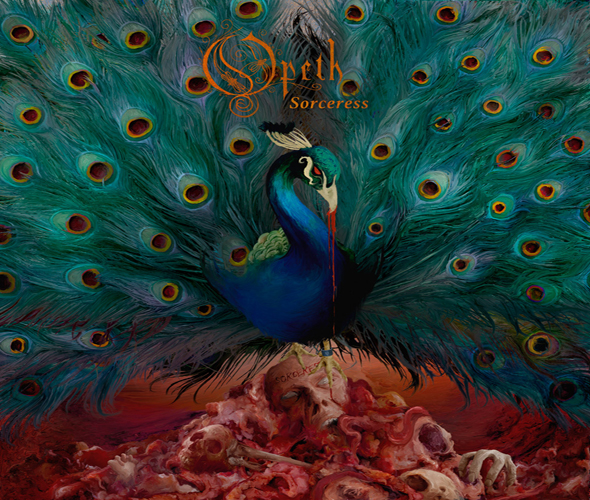