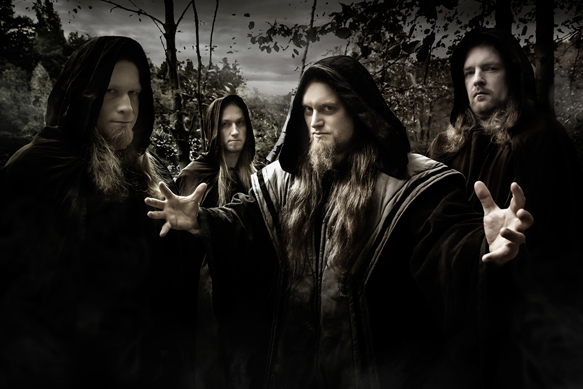 Formed back in 1996, German Symphonic Power Metal band Orden Ogan have been deemed the “only true successors to Blind Guardian,” according to Rock Hard Magazine. Striving to create a powerful atmosphere to silence the naysayers, Orden Ogan has been marching into battle for almost two decades and have been flanked by hard-hitters such as Sabaton and Hammerfall throughout Europe. Coming from both German and Celtic languages, the name “Orden Ogan” translates to the “Order of Fear.” Current members Sebastian “Seeb” Levermann (guitar, vocals), Tobi (guitar), Niels Loffler (bass), Nils (keys, backing vocals), and Dirk “Ghnu” Meyer-Berhorn (drums) are signed with AFM Records and are the organizers of the German Metal festival WinterNachtsTraum, which has featured such bands as Rage, Sinister, Axxis, Ensiferum, Van Canto, and Agathodaimon. The Arnsberg veterans of Metal unleashed their fourth full-length album Ravenhead on January 16, 2015, looking to offer their fans a masterful blend of Progressive, Symphonic Power, and Folk Metal.

after a brief intro, the album opens up with title track “Ravenhead,” beginning with a furious galloping double bass and dual guitar shredding, with everything screaming Blind Guardian minus the Lord of The Rings references. Directly thereafter hard-hitting metallic anthem “F.E.V.E.R.” follows with an earwig chorus and a choral bouquet that smells like Angra and shreds for days. This track also has a level of Folk balance, even adding uilleann pipes to give it an extra Celtic feeling. As Ravenhead moves along at a steady pace, the track that sticks out prominently is “Here At the End Of the World.” Featuring guest vocalist Chris Boltendahl of Grave Digger, his presents adds another layer of Germanic texture that is sure to have listeners seeking out the liner notes to see what other surprises are in store. Over the track’s entirety, one can hear the Metal influences of Orden Ogan, but with an added dose of darkness that sounds more like Saruman than Gandolf. Delivering the goods and showing lyrical talent, riffs are as crushing as Meshuggah without departing from the Power Metal one would expect of the band.

Moving along, tracks like “The Lake” have a fairly aggressive Prog-like stop and go intro, and when the keyboard of Nils and vocals of Seeb kick in, the song offers a nice change from typical Power Metal. “Evil Lies In Every Man” starts with a warning from an old crone, but thankfully that ends quick and the song gets right back into the Metal. There is a reoccurring, multiple vocal repetition of the title as the chorus. Musically this song is fantastic, but lyrically it can be like an obscure, confusing Dio song, although it is catchy and addictive. “Deaf Among the Blind” has choir chorus repetition and once again shows their Blind Guardian influence. Hammerfall fans are in for a treat as Joachim Cans makes a vocal appearance, adding yet another member of Power Metal royalty to Orden Ogan’s court.

Ravenhead has a level of brutality and intense guitar work that will make fans salivate. The record speaks for itself, but the heaviness solidifies the notion that this is not just another run of the mill Power Progressive outfit. The greatest aspect of the band is the quality of the vocals, which set them apart from the rest. The band recently finished up a six week tour with Swedish Heavy Metal band Hammerfall, landing back home in Fulda, Germany, for their last show this past Valentine’s Day. Though around for almost twenty years, Orden Ogen is a band that fans of the genre should open their eyes and paying close attention to, as the energy of this album is a force to be reckoned with. CrypticRock gives Orden Ogan’s Ravenhead 4 out of 5 stars. 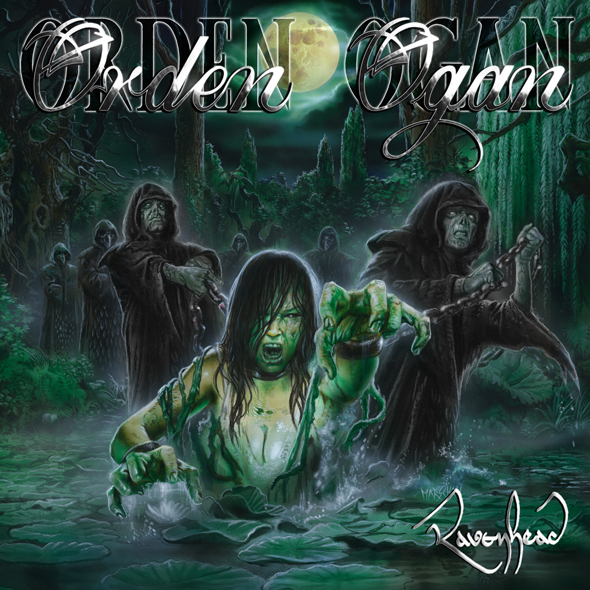