Calling all the clone clubbers! May 12th’s episode of BBC America’s Orphan Black, Human Raw Material, marks the halfway point of  entire season. It is hard to believe that Orphan Black premiered five weeks ago, but the stakes are higher than ever in Human Raw Material. Krystal comes into play again, determined to close off some unfinished business. While Sarah takes a mommy break from all her past craziness and Alison plays president of the committee again, Cosima volunteers for clone duty to find out anything she can about BrightBorn. Helena is nowhere to be found and this may lead to an intense season finale due to her much anticipated pregnancy. 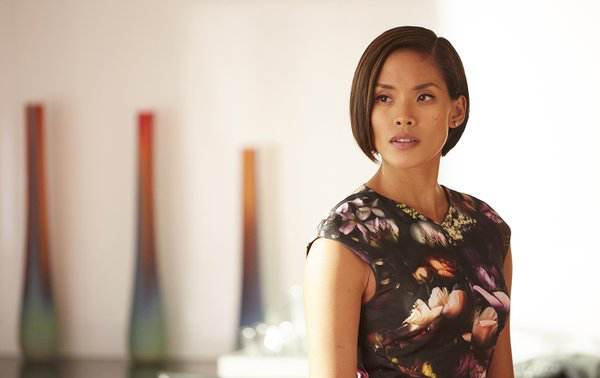 The episode opens up with Krystal Goodrich, the bobblehead typical blonde clone that made its entrance and herself known in the past seasons.  Viewers all thought the show was done with her because she seemed to not bring anything to the table, but boy were they wrong. She has a mission and she is learning everything she can about self-defense to carry that mission out. Krystal is not aware of the clones, but she knows that something is going on when she visits the BrightBorn in an attempt to get pregnant; or so she says. Krystal may be excelling in her martial arts expertise, but the life threats grow even bigger for her when Neolutionists find her in the crosshairs. Evie Cho also makes an entrance adding up to the list of villains, and she has an ace… or maybe ten up her sleeve.

Sarah hopes to once and for all open Felix’s eyes and let him know that Adele is an imposter. She grabs hair and saliva from both and has it tested to determine the truth. Unfortunately, this only makes Felix even angrier at her and decides to block Sarah from his life even more after learning the test results; Mrs. S welcomes Adele into the family. Sarah goes back to having a mother-daughter day with Kira, and things seem to be going her way for once; that is until Felix brings Adele to the safe haven no one was supposed to know about. Throughout this season, fans have seen how side effects have affected Kira by making her see things that may not be real and that may create some problems in the near future, possibly even hinting a season finale cliffhanger. There may also be a time jump soon for the next season because Kira keeps growing into a teenager in real life whilst she is still a child on the show. 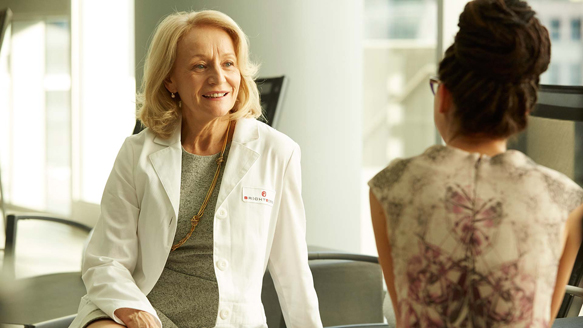 Donnie and Cosima visit the clinic also to investigate more about BrightBorn and to see if that will give them answer about the worm bot inside Sarah’s mouth. When Donnie sees a baby, he starts thinking about the “what ifs” between him and Alison. Krystal comes into play and Donnie must act fast, not knowing she is yet another Leda Clone. While he goes to warn Alison, Cosima is surprised to see Susan Duncan and tries to trick her into a confession. Unfortunately, Susan is as smart, if not smarter, than Cosima when it comes to lying and she is not able to get any information from Susan. Art is in hot waters himself when the FBI looks into Donnie and Alison’s life and their past crimes; he knows many illegal things done by the clone club, but he cannot let the FBI know.

Airing on May 19th, The Scandal of Altruism promises to bring the clone club and their A-Game. It is always interesting to see a clone wearing a wig; unless it is a different clone altogether. The producer promised more clones in the future with more origin stories and more complications. The Orphan Black Comic Books stay true to the show, but when more clones are added into the mix, the Thriller show grows in expectations and numbers. CrypticRock gives Human Raw Material 5 out of 5 stars. 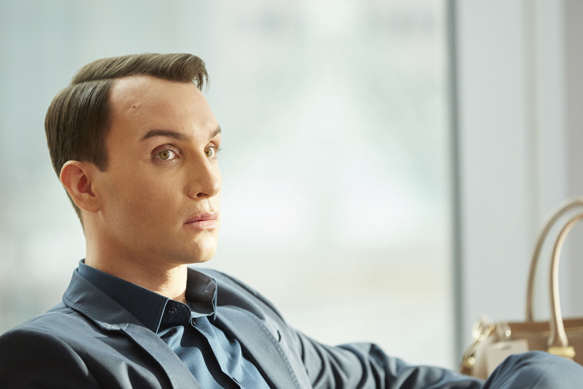